There are an enormous amount of excellent gifs in the gif bank, but one problem is the lack of ability to either retroactively tag someone’s post or add more metadata.

Use case: I knew there were multiple stephen fry gifs in the bank but only one has the words stephen or fry in the post. This means when searching I will only get back a single result.

I would like to be able to add meta data to other peoples posts to improve searching. (Yes, I understand how dangerous this could be

It has become a very long thread, but if we scroll all the way back to the top, @OtherMichael sked that we at least give a title to our gifs. If the url isn’t showing on mine when I hover, I’ve been trying to remember to give 'em a title.

True, but look at the last entry. It is “what” basically, with no mention of hugh Laurie etc. That is the real problem I’m thinking about.

Looks like @japhroaig wants to be able to edit other people’s posts to add more descriptive meta-data, that the OP didn’t think of/benignly-neglected.

I can’t say I do not understand the motivation.

One method might be to PM the OP with the MD on the DL, OK?

Yeah, so some ideas:

Take exif data: if it existed in discourse’s index it could make searching waay more useful. Along with image telemetry from say image magic?

Why not just reply to the post with the relevant metadata - that provides a simple link back to the image.

It would work in a way, but when you’d search you would only see the summary of the textual reply. And what if there were five replys all with Stephen Fry, which search result do you pick? It works if there is only one picture described as Fry, but gets messy as it scales.

gets messy as it scales.

But how is the bank going to scale? Will it really be as “popular” as the questions thread?

That would be interesting.

But the next-longest thread is count-to-10K and it’s only slightly over 2K posts.

This prompted me to research top-replied-to posts, and open this meta issue.

I don’t really know how long it will go on. But kind of the meta issue I’m ruminating about is information discovery–for a user like me it isn’t good enough yet.

But then again I’m probably in the vaaast minority, so any feature requests require course ground rock salt.

I think all of the participants in the gif thread might be ameanable to at least tagging their entries if prodded. A bunch of people doing a little work would be far less of a fuss than the alternative.

I for one welcome… no. I for one will go and provide titles for my gifs if it helps.

I think all of the participants in the gif thread might be ameanable to at least tagging their entries if prodded. A bunch of people doing a little work would be far less of a fuss than the alternative.

Yeah I’m happy to go back and clean my entries up with tags.

Yeahhhh unless you guys are putting words in the posts to describe the images, you’re gonna have problems. There is no magical “machine intelligence that can look at images and figure out the right words to auto tag the images with”.

Even Giphy is real bad at this because users put in dumb, ridiculous, and wrong tags on the GIFs they submit,

I guess, when I think about it, is a Curator role that can add metadata to a post which isn’t theirs that aids searching. The use case I used as an example is images.

There is no magical “machine intelligence that can look at images and figure out the right words to auto tag the images with”. 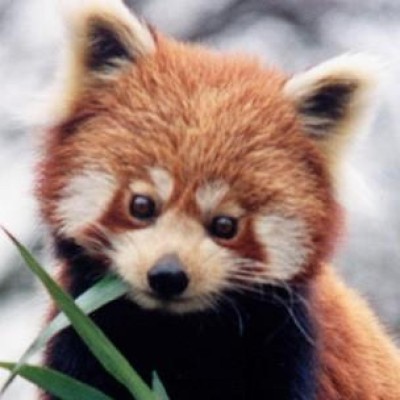 neural-storyteller is a recurrent neural network that generates little
stories about images. This repository contains code for generating
stories with your own images, as well as instructions for training new
models.

Is there a manifest for posts, or perhaps an api to enumerate image locations? It would be hilarious to run something like this through the Bank. Pretty sure by post 100 the network would be saying, “really? Really!? Come on!”