No amount of wealth redistribution can protect a child from various forms of abuse that could potentially hamper their development.

If your point is just that we can never prevent all abuse, sure. But wealth redistribution unquestionably would protect millions of children from forms of abuse currently hampering their development.

That we don’t know how social and environmental changes influence hereditability and gene expression seems like a red herring, as we do know about lots of ways they can directly improve people’s health. We don’t need to get into eugenics to make drastic improvements to public health now

Imagine the conversations we could have here as a community if:

I mean, I can INFER what’s not being spelled out here. It’s a basic idea that has been covered many times on the BBS by many people (including me, if I may be so bold).

But why this video? Why now? What is the conversation you’re hoping to have here?

We could do that; but, if things like cigarettes and global warming are anything to go by, odds are good that we’ll go with the “nod sagely and say that more research is needed while contentedly tossing poors into the grinder” option.

(edit: maybe we’ll use the red herrings for a school lunch program.)

hereditability and portability make it extremely difficult to test how much success we can attribute to genetics, environment, or both.

You seem to be saying it can’t be settled by… 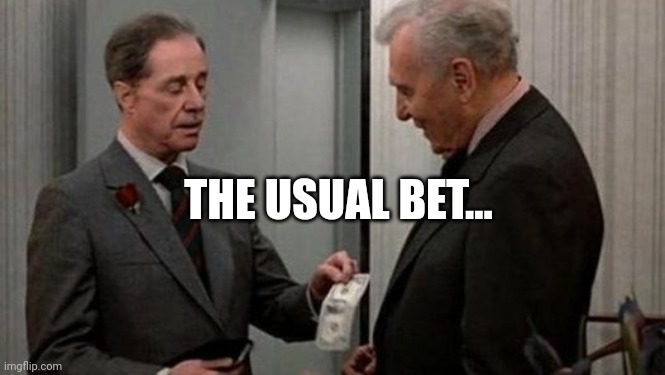 The problem with this Mengele stuff is that no matter how scientific you are, it cannot produce non-evil outcomes.

Heredity probably does affect various mental abilities. It’d be surprising if it didn’t. That doesn’t in any way oblige us to investigate further “for the sake of science”. The only reason to know more about how genetics affects “intelligence” is to treat people differently based on their race, and we already know it is preferable not to do that. So let’s not bother.

This, on the other hand, is something that we could profitably investigate, rather than, you know, stipulating the wrong answer

Heredity probably does affect various mental abilities. It’d be surprising if it didn’t

The problem is people always focus on the wrong thing with genetics. It matters whether genes affect Property X, but not in the way people think. What matters is whether the variation of Property X within group Y is more than the variation between groups Y and Z. The answer is almost always yes. This is what people get wrong.

This comes up all the time with trans people, people of colour, and anywhere else that bigots (casual or intentional) hope to invoke genes as a science-backed argument for some shitty opinion.

As society makes a concerted effort to eradicate inequality,

It is? I’m not seeing much of a concerted effort. Not in that particular direction, at least.

how hereditability and portability make it extremely difficult to test how much success we can attribute to genetics, environment, or both

If we were making that concerted effort, the aim would surely be to construct society so that a good life,with a decent standard of living, and a level of respect for you as a person, didn’t depend on “success” in the most brutal and competitive rat race imaginable. To abolish the pyramid, rather than work out the “best” way to sort people into their places within it. In short, solidarity rather than meritocracy (which was always supposed to be a dystopian concept, but people didn’t get the memo)

I’m not seeing much of a concerted effort.

Well some of us are. Just because assholes are pushing back, doesn’t mean that many of us aren’t doing our best to push for a more equitable society.

The problem is people always focus on the wrong thing with genetics.

As a professional number-cruncher, I cannot agree enough.

Stats is a hard subject. I had a stats prof who said, mid-lecture: “By the way, when I dumb down a problem to ‘red and blue chips mixed up in two pots’ or things like that, it’s not to help you. It’s to help me. This stuff is really easy to get wrong.”

Even interpreting results, without having to do the math yourself, is hard. Made harder when vested interests get in the way of clear and direct communication. 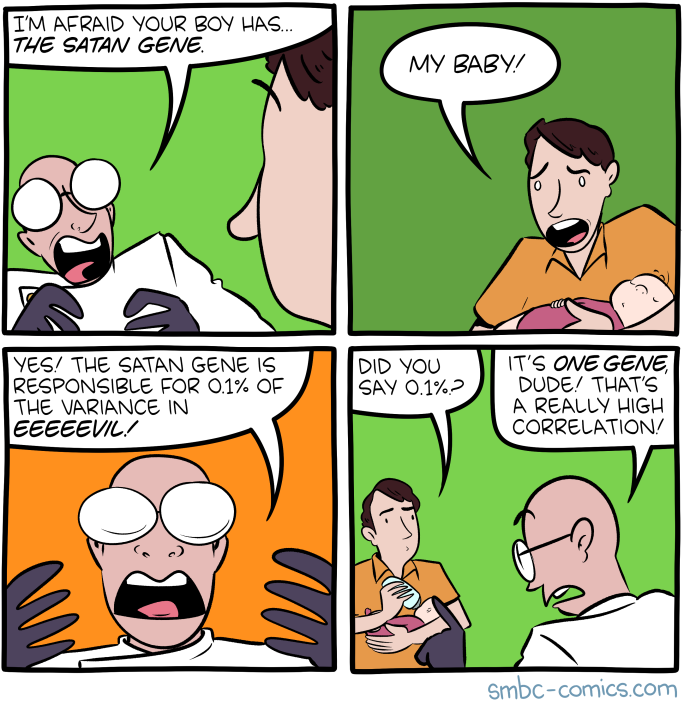 My daughter’s kindergarten teacher did a good job of teaching some basic probability awareness. I was in the class one day when she was drawing names out of a bowl for a prize and before she started, she asked some questions.
“Wouldn’t it be fun to win?”.
“YESS!!”, came the reply from all of the kids.
“Do you think you will win?”.
“NOO!!”, they all replied with the same enthusiasm.

They had a rough idea of the odds but, probably more importantly, they had an idea that whatever the outcome it was going to be fair.

Imagine the conversations we could have here as a community if:

I mean, I can INFER what’s not being spelled out here. It’s a basic idea that has been covered many times on the BBS by many people (including me, if I may be so bold).

But why this video? Why now? What is the conversation you’re hoping to have here?

I’m confused by this comment. There is a three paragraph piece of writing describing the video and the Author’s thoughts on it, and the concepts contained therein. As has ever been the case with Boing Boing, this is a “Hey, look at this thing! Here are my thoughts on this thing!” Vibe to the post, just what you would expect of a directory of mostly-wonderful things.

It’s true that in a world where the average person can put out a video to share information versus step through the journalism gauntlet to become a writer for a newspaper or magazine, you tend to get videos that are shorter in content or details than what those former mediums provided, I don’t think you can blame Boing Boing for that trend, or the Author for referencing a video explainer as a source here.

That’s a great exercise! I hope it sinks in and they don’t fall victim to the Poverty Tax that is adult Lotteries later in life.