Bernie Sanders, Elizabeth Warren, and 15+ key Democratic Senators back Medicare for All

At some point we will realize that the Republican attacks on the ACA and its destabilization was a step that hastened the adoption of Single Payer.

It’s probably infeasible to get passed through legislative processes.

Once passed, it would be perfectly feasible to actually operate - the US being literally the only first world country that doesn’t operate its health system more or less as described in the bill.

If this legislative initiative is successful, my current employer’s business model will collapse, I and my co-workers will lose our jobs, and I will have to take out loans against the value of my house in order to keep my domestically adopted daughter in liberal arts college.

All that being said, I support single-payer and hope that it happens as soon as possible.

It has zero chance of progressing with the current congress. That doesn’t mean you shouldn’t start garnering support from your base and use it to try to gain more support from the unaligned.

No matter how infeasible Trump’s proposals are, his grandstanding got him votes and now those infeasible proposals are closer to becoming a reality, held back mostly just by Trump’s own idiocy, insults, and policy ignorance.

Reaching across the aisle when the other side isn’t willing to compromise hasn’t necessarily worked for democrats in recent years. So rather than be the reasonable party, why not take a page from the GOP playbook and go towards the other end of the spectrum so that, when something like this does see public support, it compels the right to pull up its stakes and move back in from the edge.

At some point we will realize that the Republican attacks on the ACA and its destabilization was a step that hastened the adoption of Single Payer.

Except for the usual dimwits in the base and those too wealthy to care, voters now understand that the GOP is all too happy to take away their families’ health insurance if they don’t have the good fortune to swear one-sided fealty to a corporate overlord. All that the Republicans have offered as an alternative to the ACA is a return to the old broken system.

Are the democrats taking a page from the Republican playbook, and will just keep throwing out unfeasible plans?

If it reminds voters of the above in 2018 and 2020, it’s a good idea – this is the issue that has GOP legislators hiding from angry constituent town halls. It’s also a good idea since the plans suddenly get more feasible when conservative ideologues aren’t controlling Congress and the White House anymore.

Good job Bernie, keep that pressure going. I’ll be contacting my AZ reps and asking them to support. I’ve got Martha (“Let’s get this fuckin thing done”) McSally who is getting hammered on her support for that half-assed Ryan / Repub bill. She’s got a big PR campaign saying how she wants to work across the aisle to create a better bill to gloss over all that. Well, here ya go Martha, let’s see you put actions to words. Also Flake,as rebellious as he is with the current Administration, will still be an uphill battle for Bernie’s bill. Of course the rebellion may all be an act to keep his job so we’ll see about that as well. Either way I think it’s a good play by Bernie to draw a line in the sand and see where fellow republican AND dems stand.

I’m not sure the plan is unfeasible on its merits. But the politics of the possible don’t change until you plant a flag on an issue. It wasn’t until progressives started talking about expanding social security that discussions to curtail it lost traction.

two years ago Hillary Clinton said such a thing would “never happen,” and yet here today there were 15+ democratic senators on board. things change really quickly, except when they don’t.

It’s worked wonders for the Republicans.

For too long the Democrats have been afraid of being seen to be weak, and so many of their positions were just watered down Republican ones. In doing so they allowed the Republicans to dictate the political landscape to a large degree.

The window of acceptable political policies and discussion in the USA is waaaaaay too far over to the right because of this. The Democrats need to widen that window by throwing out bold proposals like this.

MediCare for all US citizens is an idea that will awaken even the thickest bone-head.

If this legislative initiative is successful, my current employer’s business model will collapse

if this is successful, i will finally get a raise! some of that will go to increased taxes ( probably ), but i’ll definitely wind up with more to take home. ( the drag on small businesses of the current healthcare system is painful. )

while i agree there will be some people affected negatively ( and i’m sorry that’s you! ) i wonder if it really would be the end of private insurance? while medicare is great, not all doctors accept it. there will also continue to be a market for dental and eye care, and im sure there will be “gold plated” insurance plans with all the bells and whistles.

the uk and canada both have private insurance markets, i’m not sure why it would be any different here. 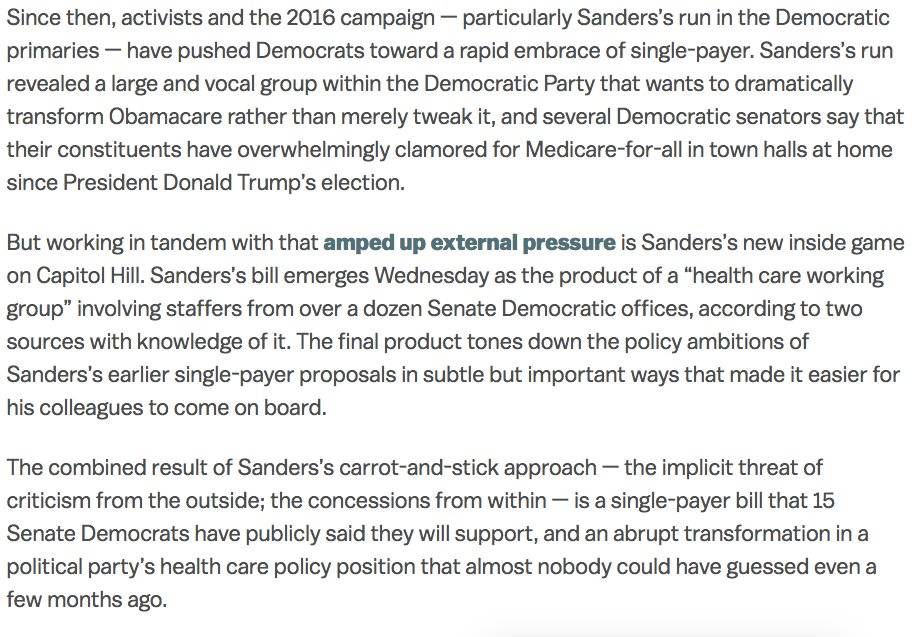 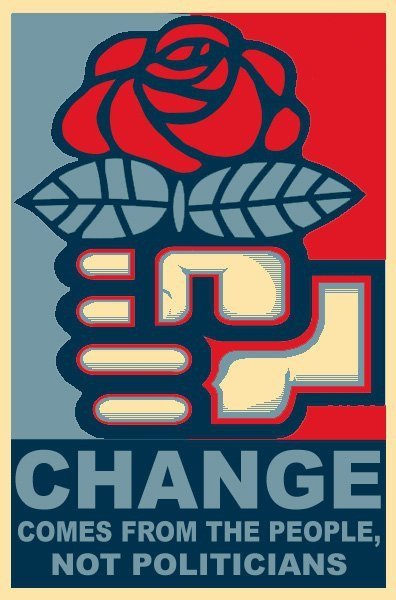 libs: single-payer is SO unrealistic!!! also libs: we'll get universal healthcare w/ a complicated tax code that convinces Aetna to be nice
6 Likes
SoylentPlaid September 14, 2017, 12:38am #18

The Democrats should try to find their balls (and wombs? Ladies, help me out here…) and call this bill the Obamacare Act of 2017. First clause of the bill would be to officially rename “Medicare” to “Obamacare”.

And then fire a pre-emptive strike at the Republicans and demand to see their alternative.

If it’s successful, my wife and I will see our incomes go up in a big big way. We both work in the field of helping doctors navigate Medicare’s complex, poorly defined, and viciously punitive billing regulations. (Doctors have been fined and imprisoned for differences of medical opinion with a Medicare auditor).

But I’m still against it.

It’s probably infeasible to get passed through legislative processes.

Bernie just needs to start telling everyone that he will build Single-Payer Healthcare and that Mexico will pay for it. Then the GOP will have no choice but to vote for it.