Why don’t we ever hear the phrase “conservative elites?” Are people like David Koch just down-home good ole boys?

We do, actually. That was why so many Republicans freaked out about Trump (although they are obsequiously trying to regain his favor now). He didn’t attend the Kochs’ retreat where the Republican powerbase learn what is expected from them.

Sanders is right, but you can’t ignore:

But yeah, Democrats need to get young people on board, not just as voters, but as active participants. Attending meetings, running for office, and spreading the word.

It has to be more than tweeting and facebook and protests. Organization, and a sustained effort. Not a lot of fun or glory. 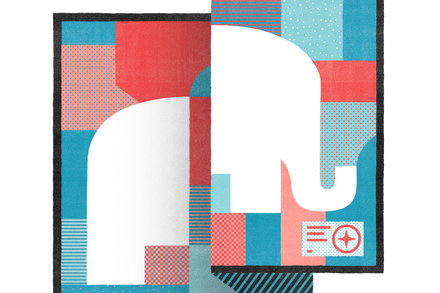 Hyperpartisan voting districts, created with the help of sophisticated software, subvert democracy and the will of voters.

There’s lots of blame to go around for this disaster, but Wasserman-Schultz and the DNC establishment (AKA Clinton’s campaign staff since 2012 if not earlier) definitely deserve a large share of it. Things will only change when the Third-Way Boomers who still think it’s 1992 are finally out of power in the party.

Why don’t we ever hear the phrase “conservative elites?” Are people like David Koch just down-home good ole boys?

The conservative PR guys, knowing their audience, make sure that only a few of their high-profile billionaires support “f*ggy big-city” things like ballet, the theatre, fine art, and university educations.

Well, yes, but the Dem party operatives spent the last 30 years not bothering to fight against gerrymandering or destruction of voting rights provisions; they didn’t even bring it up as an issue to use against Republicans. Aside from a few random deviates like Warren or Franken, the Dems appear to be hopeless idiots. Remember a certain woman speaking after one of the Bush-2 midterms, saying “there’s a new sheriff in DC…” ? The Dems did exactly zip with their alleged majority then. It’s no real wonder that plenty of left-leaners or potential supporters saw the DNC as indistinguishable from the RNC. I’m not saying they are the same, just that (see Gore v. Bush) the DNC consistently fails to promote their differences from theRNC

They’re not ‘elites’, it’s just that most of us are temporarily embarrassed millionaires here in the USA.

I see Bernie has been promoted to a captain.

The disconnect is a direct result of the ascendency of the Democratic Leadership Council, the so-called ‘business wing’ of the Democratic Party. It has produced several lackluster Presidential candidates whose key selling point was that they weren’t Republicans.

whose key selling point was that they weren’t Republicans.

Even though they basically were Republicans. 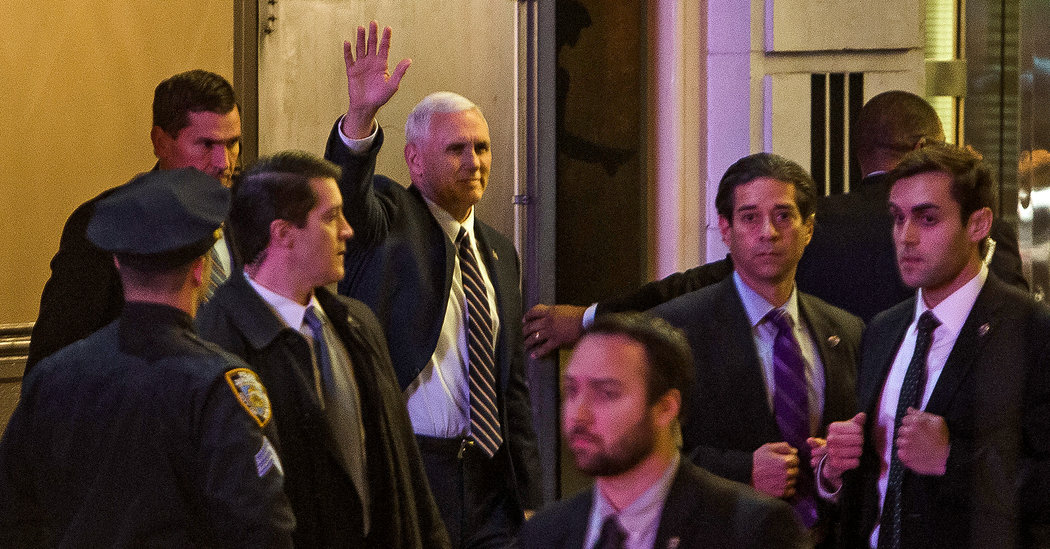 ‘Hamilton’ Had Some Unscripted Lines for Pence. Trump Wasn’t Happy.

Mike Pence attended the musical Friday, and an actor delivered a statement to the vice president-elect, drawing a sharp rebuke from Donald Trump.

That’s a bit of a stretch, but I will say that since the Clinton White House, the Democrats have become an extremely conservative party. Hillary Clinton’s campaign was an intensely conservative campaign: we’re going to make incremental improvements, but we’re not going to rock the boat. The Democrats are the party of business as usual.

That sort of stability in governance is desirable, but in politics it can be extremely tone-deaf branding. We’ve gone through three presidential elections where the zeitgeist has resoundingly endorsed reform candidates, and the mid-terms have been soundly won by Tea Party idiots. Their only platform is “Burn it fucking down (and also theocracy)!” and “burn it down” seems to be the part of their platform that really resonates.

While Koch is definitely a sincere patron of the ballet, Pence attended “Hamilton” and #nextpresident attended the Film Society gala mainly as acts of conspicuous consumption and star-f*cking, both of which are acceptable motivations for Real Murican rich people as far as the GOP base is concerned.

since the Clinton White House, the Democrats have become an extremely conservative party.

The Democratic Party basically let the Clintons and all their flunkies take over its brainstem like those scorpion ear worm things from Star Trek 2. No one else’s fault but its own.

Just because they haven’t resembled republicans in every single way doesn’t mean they haven’t basically been republicans in democrat’s clothing. They’ve helped shift the Overton Window so far to the right that Eisenhower would now seem like a liberal.

If you support Good Things, you get a pass on being an elitist billionaire. Example: the Koch brothers. Example #2: Tom Steyer.

They’re not ‘elites’, it’s just that most of us are temporarily embarrassed millionaires here in the USA.

I think one reason Bernie resonates so much with “young people” is that this mythos is rapidly cracking. The great lie of the Calvinist rhetoric that has dominated the national conversation - “If you do well, it’s because you deserve it!” / “Work hard, and you can have what you want!” - is clearly bullshit to folks who see the best minds of their generation destroyed by poverty, infantilized, and otherized.

The “liberal elite” haven’t abandoned this message, yet. Neither have the conservative elite, it’s just that the latter is always down to exploit the ignorance of yokels (as they’ve been doing since Reagan) for the ability to get their agenda pushed.

The message that replaces it is something that people who lived through the Cold War propaganda and the rise of neoliberalism can’t easily stomach: that it is the duty of those who benefit from the market to support the lives and health of those who cannot. That we are all in this together, not competing with each other.

I think one reason Bernie resonates so much with “young people” is that this mythos is rapidly cracking.

Trump won because the mythos is still strong. All the BS he uttered was ignored by a large percentage of voters because “being a billionaire/having lots of money = doing something right = being right”. Money makes you not only successful in the US public eye but admirable, intelligent, morally superior.