Not really, being premised as it is on things like “facts” and “reality” and “past public statements.” It’s a nice try, but we live in a country where tens of millions of voters regularly ignore those things.

Sure it is. Elected officials frequently ignore their campaign promises. They less often blatantly contradict them. Trump appears to be gearing up to govern in a completely different world than he campaigned in, and he’s going to hear about it.

Don’t get me wrong, we still need to hold the line for the next four years and try these tactics. But don’t expect them to have much effect on anyone who thought voting for a known grifter was a good or harmless idea. In the weeks before the inauguration, we’ve already seen his supporters making excuses for appointments like Mnuchin and for other swamp-privatising actions.

He needs to turn it into a song…or video game.

I disagree. His voters are still defending him now. Once he is in, they expect payback to begin, and its not going to happen. The more exposition of this the better.

Once he is in, they expect payback to begin, and its not going to happen 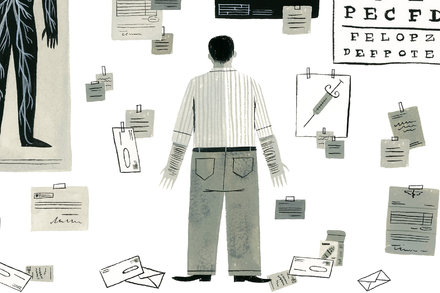 The push to replace Obamacare does not reflect the desires of working-class voters. They want practical solutions to their health care problems.

But don’t expect them to have much effect on anyone who thought voting for a known grifter was a good or harmless idea.

If things like “Grab them by the pussy” didn’t influence the US voter enough to shy away from voting for him pointing out incongruencies in a few twitter posts won’t either.

He’s a confidence artist, so he’ll slither his way out with his marks (who will take years to admit they were gulled if they ever do). You can explain how a Ponzi scheme works to someone who’s involved in an MLM scam until you’re blue in the face, but as long as he believes he won’t be hurt and might benefit then he’s not going to listen.

For example, any cuts to those entitlement programmes that he makes will be reserved for the “undeserving,” while things will remain as they were for the “industrious and hard-working.” As far as his core voters (whose demographics will fall into the last group) are concerned, he’ll have kept that promise. By the time they find themselves in the “undeserving” group the damage will have been done and it will be too late

This is not a normal post-war President. Right-wing populists operate differently than we’re used to, and scams that don’t appear to hurt the base are part of that operation. I hope you’re right but what I’ve been seeing doesn’t give me a lot of confidence.

Yep. Those tweets. I believe by now Trump should have moved to a more productive path of communication (ex: actual news conferences with questions and answers). His marathon victory tour and tweet-shields and use of talking head aides reminds me of the Byzantine Empire; the continual use of ceremony by Emperor Constantine the Great to deliver state messages worked to intentionally distance him from having to answer to the elites and intellectuals. (Nobility did not mark Constantine’s family origins, and he did not want to appear to have to compete with aforesaid elites and intellectuals.) To complete the picture, Trump should start surrounding himself – as Constantine did – with (buffering) eunuch officials. Or has he already?

To complete the picture, Trump should start surrounding himself – as Constantine did – with (buffering) eunuch officials. Or has he already?

I dunno. I don’t know how many of the UNIX crowd will work for Trump.

Exactly! To a majority of Trumpers C-Span is just another one of these:

Most Trump voters probably think C-Span is “One of them Mexican countries aint it?”

The ONLY thing they will watch is FOX News. So, unless Bernie gets air time there nobody will notice. Not going to happen. So, I am going to assume as Cory’s header suggests, the sign is definitely for ‘us’. To keep ‘us’ angry and take action.

Don’t get me wrong, we still need to hold the line for the next four years and try these tactics. But don’t expect them to have much effect on anyone who thought voting for a known grifter was a good or harmless idea.

The GOP base, like Trump himself, are viciously ignorant fascists.

Forget about them; they’re irredeemable. But they’re only 20% of the country.

To beat Trump, you need to do it with numbers, and those numbers need to come from the non-voting half of America.

I agree they’re irredeemable. That still leaves a significant portion of the electorate who voted for him despite not being viciously ignorant fascists.

Convince the non-voting half of America to overcome their apathy and show up at the polls is a whole other issue. There are ways to increase voting numbers, but neither party is particularly interested in pushing them. By the time they wake up to the extreme damage a right-wing populist President can do, it will be too late. Being apathetic, most of them will accept the new normal with their usual helpless resignation while some, who happen to benefit, will go along with it.

From the first paragraph of that article:

But after listening to working-class supporters of Donald J. Trump — people who are enrolled in the very health care marketplaces created by the law — one comes away feeling that the Washington debate is sadly disconnected from the concerns of working people.

“The debate in Washington is sadly disconnected from the concerns of the American people” might have been the political mantra of America for the last two decades.

ETA: Thanks for the link, though, I don’t actually think it’s a bad article. Generalizations are kind of the stock and trade of first paragraphs.

When the Republicans go after entitlements like Social Security, etc. you will won’t have to convince many to take notice.

They have already started in on mortgage interest deduction: http://www.politico.com/story/2016/12/lobbyists-mortgage-interest-deduction-tax-233081

They won’t go after everyone’s Social Security, and certainly not immediately. Raising the collection age has been inevitable for a while – they were just delaying until they could do it without angering the bulk of the Boomer cohort. Three years from now they can start doing that, especially if the alt-right is also able to build an ageist youth movement.

In the meantime, they’ll start cutting out people who paid into the system but who are somehow deemed “undeserving.” None of those people will be white males who live in exurbs, small towns or rural areas.