Hah! Lost your bet! Didn’t predict my victorious ignorance, now did you?

I do recognize the Amen Break, usually. Does that count?

Liquid Liquid! We saw them at the Peppermint Lounge, I didn’t think anybody remembered them! I always wanted to see them team up with Medium Medium to open for Duran Duran.

That happens, I am unsurprised to, yet again, find that David and I like the same music. 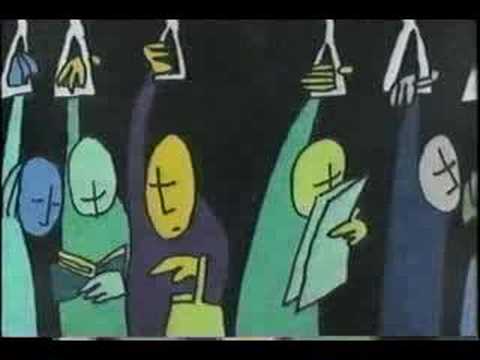 OK, so that’s a yes on the Amen Break and a no on Liquid Liquid. Now, how about “Impeach the President”?

Nope, sorry. How about the “oooh, yeah” break sample from every other 80s/90s dance song?

Wait, we’re turning this into one of those game threads. The horror.

Tight track, thanks for the heads-up!

I always wondered about the hate and ridicule for disco. Sure, some was outright horrible, but that’s arguably true of any genre ever. Even the fashion, while silly - especially towards the end - was also flavorful, at least.

Wait, we’re turning this into one of those game threads. The horror.

“When I count to four, I want everybody to lay out and let the drummer go.”

I wonder what it can be?

The dance anthem of my awkward teen years… So many memories…

I always wondered about the hate and ridicule for disco.

Racism, misogyny and homophobia seem likely culprits to me.

BTW thanks for this, jlw, but next time couldja leave it as a Name That Tune, with the answer hidden inside the comment section (say)?
More more more!

I wonder what it can be?

I always wondered about the hate and ridicule for disco. Sure, some was outright horrible, but that’s arguably true of any genre ever. Even the fashion, while silly - especially towards the end - was also flavorful, at least.

I can appreciate disco more now than I did in the 1970s as a child. The eventual pop-culture hype was ridiculous to the point of saturation, but I think there is merit to a lot of the original scene and music. In modern culture, it reminds me about the trend of it being “cool” to hate dubstep, simply because “everybody is doing it”. But alas, reactionary bandwagons are still bandwagons, and crappy ones at that.

One great thing about growing up in the 1970s was that everything was steeped in electronic musical tones, as synthesizers were becoming much more portable and affordable. But I had some musical differences with disco. For me, it fails as “dance music”, I find it quite rhythmically unsophisticated. Sure, some swing and syncopation can be interesting. But I always preferred polymetric rhythms, such as I more often hear from African music such as Yoruba and Gnawa. And even more so, the classical music of India.

My listening appreciation of disco is much like my appreciation of hip-hop. I tend to enjoy it more for the innovative production techniques employed, not unlike the dub and krautrock musics which no doubt influenced many of them. But the end results I just don’t personally relate to as much.

They remind me of UK contemporaries Rip, Rig + Panic, in particular their first album “God” which was truly mind-blowing.
Some other great things about R,R+P: