They’re a fine record for tracking geneaology. They’re a lousy means of establishing the citizenship of Americans born after World War II (even those born in rural areas – this hasn’t been a city-vs-country issue for a long time in the U.S.).

“Border crossing card or green card for your parents issued prior to your birth? My parents were born in the United States….Early religious records? We don’t have any. Family Bible? They won’t accept a birth certificate but they will accept a family Bible?” Barbara said.

I don’t even understand how any of these are valid questions when the person in question is holding their actual birth certificate.

If one rejects family bibles as a record for religious reasons, one abandons history and science.

Accepting a family bible (which may be potentially inaccurate) over government sanctioned institutions like the local courthouse seems not just illogical but ass backwards.

Accepting a family bible (which may be potentially inaccurate) over government sanctioned institutions like the local courthouse seems not just illogical but ass backwards.

AKA perfectly in line with the goals of movement conservatism.

When applying on Form DS-11, you must submit primary evidence of U.S. citizenship:

Born in the United States?

Born outside the United States?

Born in the United States?

You must submit a delayed birth certificate OR a Letter of No Record, AND early public records.

Kansas can suck it.

Because that’s where they keep those.

For that Old-Testament-only family Bible this bunch will give you a passport, but with a special stamp: 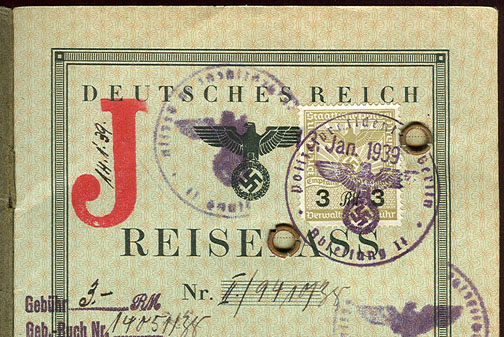 I reread the post 7 times thinking I was missing the “/s”.

seriously…how in the fucking hell do you put bible, history, and science in the same sentence and it isn’t some bar joke!!!

Or an ad for whiskey.

Well. an ad for whiskey…I mean…I’m all in regardless of what is there. WHICH REMINDS ME TO POST IN THE WHISKEY THREAD thank you.

Busted! That’s right, I’m one of those evil naturalised citizens who doesn’t have a family Bible. Mwah-ha-ha-ha.

Kansas can suck it.

We landed there in '71, and I’ve been saying that ever since.

AKA perfectly in line with the goals of movement conservatism.

I reread the post 7 times thinking I was missing the “/s”.

This is only news when it starts to affect white people…

Much harder to fake than an official birth certificate, too.

Mr. Bells’ parents were wrapping up a church-sponsored trip to Guatemala in late January/early February 1976. His mom was heavily pregnant with him, but supposedly had plenty of time to give birth back home.

Then a 7.5 magnitude earthquake hit the country. They couldn’t leave. Mr. Bells was born in Guatemala City during an aftershock and, as the hospitals were packed to bursting, was not actually issued a birth certificate. It wasn’t until he was about 30 that his mother managed to get a Certificate of Birth Abroad (no, I have no idea how he was enrolled in school or got a driver’s license or anything before that - he’d even already had a passport in his 20’s).

Anyway, I thought when this administration came into power that I should get everyone in my family a new passport, pronto. Only, I didn’t. And now I’m afraid to apply to renew his in case they decide to deport my spouse back to a country he’s only ever been in for the first 7 days of his life.

This is only news when it starts to affect white people…

Which is why we’re even hearing about it now.

It never ceases to amaze me that when bad policy or sanctioned behavior targeted at ‘Others’ comes back to bite White folks on the ass, they always seem so ‘shocked’ that they were negatively impacted too.