Air Force investigates incident where Black airman was passed over because he...

By Sky Palma An investigation at an Air Force base in Arizona is underway after an airman allegedly told another airman that he was being rejected for a position because “the Air Force is looking for somebody of white complexion,” Task & Purpose...

An investigation at an Air Force base in Arizona is underway after an airman allegedly told another airman that he was being rejected for a position because “the Air Force is looking for somebody of white complexion,” Task & Purpose reports.

“We won’t be sending your name up for [redacted] at the squadron,” a white technical sergeant allegedly texted a Black senior airman at the 56th Equipment Maintenance Squadron on Wednesday, according toa post in a popular Facebook group.

The only good thing about bigots is that they’re usually also idiots, which makes them easier to identify.

However, what’s upsetting is that it doesn’t seem to matter much anymore what they say or do, they can get away with it now.

Glad to see Rick Riordan stepping up and calling this racism out. I was never into the Percy Jackson books, but I have enjoyed some of his other stuff

Percy Jackson's creator stands up for Leah Sava Jeffries after she experiences harassment due to being cast in the Disney+ reboot.

[Riordan] denounced [attacks against Black actor Leah Jeffries] all the same. “You are judging her appropriateness for this role solely and exclusively on how she looks. Friends, that is racism,” he stated.

@ajplus
The remaining survivors of the Tulsa Race Massacre will finally have their day in court. They are demanding reparations after a white mob destroyed their community 100 years ago. https://t.co/5t1Wo1WKl0
19 Likes
BakaNeko May 12, 2022, 11:44am #3346

Subjected to Painful Experiments and Forgotten, Enslaved 'Mothers of... 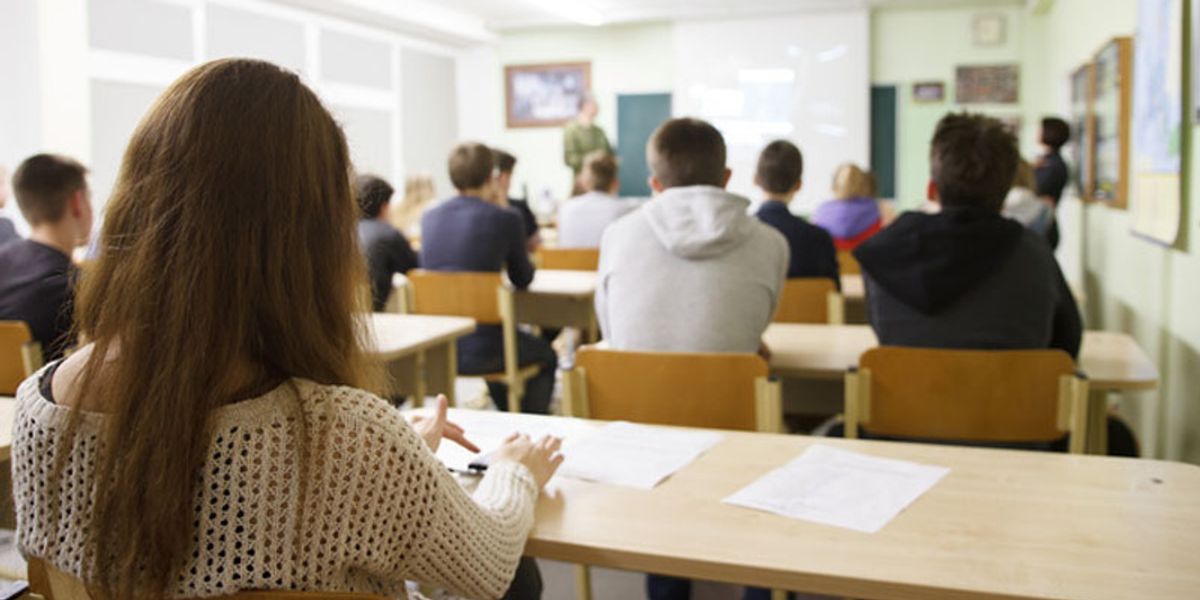 Florida teacher told students that 'Black people are beneath white people' to...

According to News4JAX, a Black Florida woman, Alyse Beechem, is planning to sue Duval County Public Schools after her son, enrolled at Mandarin Middle School, was called a racial slur by his teacher and told that "Black people are beneath white...

All of this comes as Florida Republicans pass legislation to prohibit teachers from discussing any topic that might cause [white] people to feel “discomfort” over race.

Yeah, not stated but certainly implied. Odds this teacher is not subjected to real consequences, just told to “keep it on the DL from now on?”

Odds this teacher is not subjected to real consequences

Yeah, especially given the Dean’s comment to the kids mother quoted in the article.

allegedly saying, ‘words don’t hurt and he needs to know how to handle things better,’"

The expected result of school “zero tolerance” policies: the victim of bullying is punished and the bully walks away.

Before the Benin Bronzes are restituted to Nigeria, the Rautenstrauch-Joest Museum is showing the works from its collection. Nigerian Ambassador Yusuf Tuggar hopes a return date will be found by June.

@Freeyourmindkid
The security guard who died trying to stop the white supremacist who murdered those people at TOPS is named Aaron Salter Jr. Because I know the media isn't going to memorialize this man as a hero, I'm asking all of you to remember who he is and remember his sacrifice. https://t.co/hLCokUIn2i

Although it is convenient to believe that this current racial backlash is an outlier, American history is pockmarked with racial violence.

America is an act of violence

Perhaps nothing exemplifies the notion of American exceptionalism more than this country’s penchant for sheer savagery.

Making Sense of the Racist Mass Shooting in Buffalo

An expert on the white-power movement and the “great replacement” theory puts the act of terror in context.

The Dangerous Idea That Links the Buffalo Shooting and the Insurrection

We tried to tell y'all

Remember when Don Lemon was accused of spreading “unadulterated racism” because he said white men are the biggest terror threat in America?

The bill, formerly once known as “Rap Music On Trial,” is supported by Jay-Z, Meek Mill, Killer Mike and other artists.

This is interesting… several rappers were recently arrested here in GA, and lyrics are going to play a big part in that trial, I suspect.

ATLANTA (AP) — Atlanta rapper Young Thug co-founded a violent street gang that committed multiple murders, shootings and carjackings over roughly a decade and promoted its activities in songs and on social media, prosecutors allege in a sprawling...

I think the NY bill is a good one, as there is a danger in conflating art with crime. There should be a compelling reason to connect the two…

Yeah, if we’re going to do that, get Tucker Carlson in there for his part in the NY shooting. Play his Top Ten Most Bigoted Hits.

Right? But of course, it only counts when it’s either rap or other genres associated with teen rebellion. I’m reminded of the Brian Deneke case down in Texas in the late 90s, where the punk kid who was killed was put on trial for his taste in music.