Christ what assholes! Just how stupid can a business be when people will report that kind of shit behavior online. Why would they paint such a bullseye on their ass and think they can get by with it. Even if they got the money the damage done to their image can’t be worth it. Just petty and stupid.

When in the UK, avoid the Broadway Hotel in Blackpool. Got it!!

Anything prevent a volunteer to hand out flyers to people pulling into this place’s driveway?

Mr Jenkinson said he intended to fight the charge, adding: "Annoyed isn’t strong enough for how I feel about this, what happened to freedom of speech?

Not to nitpick but it’s not a freedom of speech issue, (is it?). It’s just a contract that shouldn’t really be legal/enforceable.

I don’t know if we have specific laws about this in the US yet but we should. I.e. you shouldn’t be able to have any terms that require a customer to pay for saying non-slanderous/libelous things about your business.

Possibly the funniest moment in a career of really funny moments:

I guess they have never herd of the Streisand effect…

The Streisand effect is in full effect with articles not just from the BBC but also The Guardian referencing the Beeb,

The Telegraph has an article indicating that they couple will get their 100 quid back and the Daily Fail has a lovely click baity exposé: Inside the ‘filthy stinking hovel’ of a hotel which tried to fine couple £100 for leaving a negative review on TripAdvisor

Check out TripAdvisor reviews on the Broadway if you want the source instead of the hyperbole. Rated excellent by 17 reviewers and Terrible by 146 (as of when I typed this). The questions & answers section at the end is worth a good chuckle

Far be it from me to defend the £100 clause so I won’t. It’s indefensible… BUT the Independent newspaper’s little brother “i” sent their travel reporter to stay overnight and he said that while it is a little faded and shabby, it was comfortable and clean and everything in the bathroom worked fine, including the running hot water. He concluded that it was remarkably cheap and good value for what it was and that it far surpassed many low-rent places he had stayed in.

The £100 thing is shitty business practice but you have to be circumspect about ALL reviews on things like Trip Advisor, n’est ce pas? People should boycott the hotel for its penalty clause but the “stinking hovel” bit shouldn’t be the reason to do so if it is a gross exaggeration.

If this place got two, er, dots on TripAdvisor, I imagine that the ‘one dot’ hotels are um,…

Not defending the hotelier’s behaviour here, but seeing as all this played out earlier this week you might want to add the conclusion (up to now) of the story - trading standards got involved, hotel won’t be charging £100 for bad reviews any more and the couple got refunded. 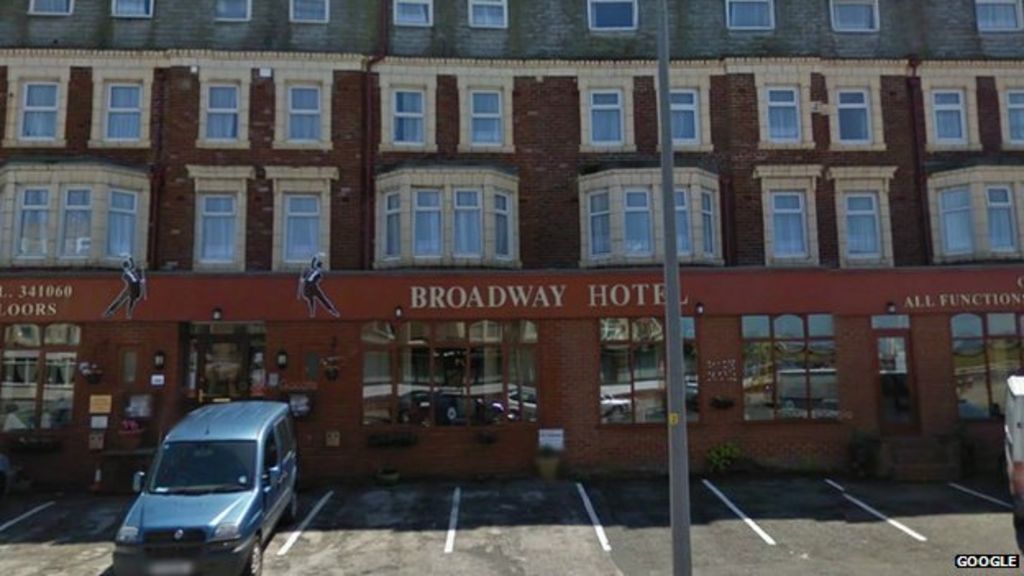 A hotel that "fined" a couple £100 who described it as a "rotten, stinking hovel" will refund the money.

It could be argued that the review wasn’t negative, there must be a group of masochists that go on holiday in the UK and specifically require a certain level of dilapidatedness, or a greed of lawyers in town for a conference might only want to stay in a place that has legally unsound and unscruplulous small print. Heck, this place would be a hoot for people that collect photos of dickheads and the hotels they run.

Going on from that, hoteliers and their “cronies” can be quite unscrupulous, particularly in foreign countries. My parents’ car broke down in France once, only a few miles outside of their destination for the night, a pre-booked hotel.

The insurance company arranged a hire car for the next day, and they ordered a taxi to the hotel. The taxi didn’t take them to the hotel they were booked at - being tired, frustrated and not being fluent in French they decided to bed down in the dodgy hotel - apparently “manky hovel” didn’t quite cover this place. My parents aren’t exactly prudes, but they put their coats down on the bed rather than sleeping on the stained and waxy mattress/bedshets.

Of course the following morning the hire car turned up at the wrong (correct) hotel, having pre paid for the correct hotel they were out of pocket for paying for the dodgy hotel.

I’m not sure what the point of my story really is, other than some hotels can be a bit dodgy. Others can be truly naaasty.

Well it’s nice they got at least one good review. While being circumspect, I would say the preponderance of evidence is on the side of “terrible.” See TripAdvisor.

Two things about that penalty. How do they know for sure who posted the review? TripAdvisor does not appear to require real names. Also, why not call up your credit card company and dispute the charge? They have an entire department for this.

They were trying that through their credit card company already, but it seems moot now it’s being refunded by the hotel.

I think that’s far more negative publicity than just a bad review would garner. Bad reviews, after all, are mainly opinion. And Joe Richguy is going to have a different opinion of the budget hotel down the road than I am, if he’s used to the Ritz. I’ve stayed at places with negative reviews and had the opposite experience from what the reviews describe … and vice versa.

You’re probably right and I don’t think freedom of speech directly is the case here. As for US law obviously it isn’t relevant here anyway but the law that would be relevant that it seems to breach is Unfair Terms in Consumer Contracts Regulations (i.e. unfair by impeding freedom of speech) and I think it’s under this the hotel would be investigated.

There’s probably a clause that says they can charge you an extra 100 for disputing charges. Don’t get caught in that loop!