So what’s the deal? Within the last two days i’ve seen about 3-4 posts that did not have working Comment links. I always wonder how i can report the oversight when i’ve seen it happen in the past, kind of frustrating when it’s on articles i’d like to discuss.

Every now and then it’s “oops” and somebody fixes it. The merchandise posts almost never allow comments - I think we all know why. (Aww man, where’s that troll face when you need it?)

The ones i’ve noticed in the past were never fixed ]:

There’s a lengthy thread over in Meta.

Shucks, the old thread is locked now. The potential for snark here is savory indeed, but alas! no comment thread. I think this is the second one I’ve noticed in a while.

“Store” posts do not typically have a link due to irregularities in the posting system (though you can probably ask for one if you like).

So what’s the excuse for the No Spiders Here post, the Play or Feed A Cat Online posts, and uhhh… a few others from the last 24 hrs i noticed that have nothing to do with the BB store?

No excuse that I know of. I would post about them in that other thread.

(Occasionally it comes down to the posts being by a new author, but Blazenhoff and James are both well-established.)

The Vaquita CPR’s lack of a comment thread seemed particularly counterproductive, but it’s probably not an excuse, merely a hiccup. My understanding is that contributors can elect to have no comments on their posts, and sometimes the merch posts do that, but the majority of the time when it happens in the non-merch posts, it’s just a site error.

If you message @orenwolf with the missing posts you’d like threads on, he’ll probably fix it provided it wasn’t intentional by the contributor. They can’t fix it if no one tells 'em. Since this will bring him here…

You can interact with this cat in real time

You can interact with this cat in real time

The internet went wild for this 100% spiderless-pie

The internet went wild for this 100% spiderless-pie

Thanks in advance for any assistance.

Currently it’s very rare that an Author chooses to not have comments on a post. Nearly all of these are failing due to a bug somewhere between the Discourse plugin we use on the Boing Bojng Side and the BBS. We haven’t been able to nail it down, and the problem seems to be getting worse, not better. I may have to do something drastic soon!

Appreciate it, i presume there’s a window for getting most of the engagement for some posts and seeing some with no comments is frustrating because i’m not sure if by the time it gets addressed if anyone will notice and comment.

I don’t know if next time i should shoot a PM to you or what. I’ve never been clear on how to contact someone over the missing comment link.

PM or mentioning me on a topic like this is perfect. Thanks for your help! Hopefully we’ll get this issue solved soon!

Here’s another one. I’ve noticed the recent ones have been Rusty’s but then i’ve seen others that they’ve posted that did have comments working in them so go figure.

The story behind 5:04 PM, the art car made by the Loma Prieta earthquake

The story behind 5:04 PM, the art car made by the Loma Prieta earthquake

We got another one missing…

Fixed! For some reason the number of incidences of this issue have increased since the last plugin update, but @scossar is on the case!

Boy there’s a few this morning @orenwolf does the comment system hate Rusty?

Buy this guy's time with his own personal cryptocurrency

Buy this guy's time with his own personal cryptocurrency

No, just how Rusty’s posts are added.

The Mexican town where 75% of residents manufacture fireworks

The Mexican town where 75% of residents manufacture fireworks

I think we can all appreciate the importance of a comment thread for Swedish country music.

You think we want to hear from the likes of you, he said with a sneer. 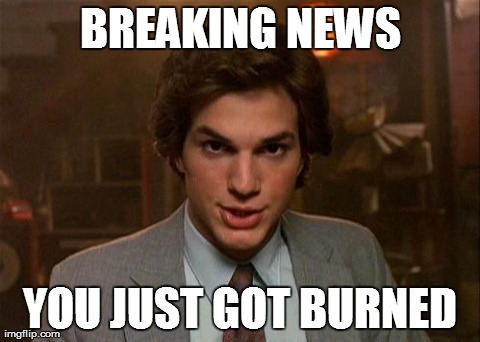 Why race is not a thing, according to genetics

Why race is not a thing, according to genetics

Buy a random permanent tattoo from this vending machine

Buy a random permanent tattoo from this vending machine

Seems like it’s reaching critical mass on this BBS glitch. Hope something can be done to fix the issue