This attack very close to home. Kids I know personally were on the train and caught in the stampede away from the train.

Frequency is now as high as the IRA campaign: ‘Put plainly, this is the most sustained period of terrorist activity in England since the IRA bombing campaign of the early 1970s.’ 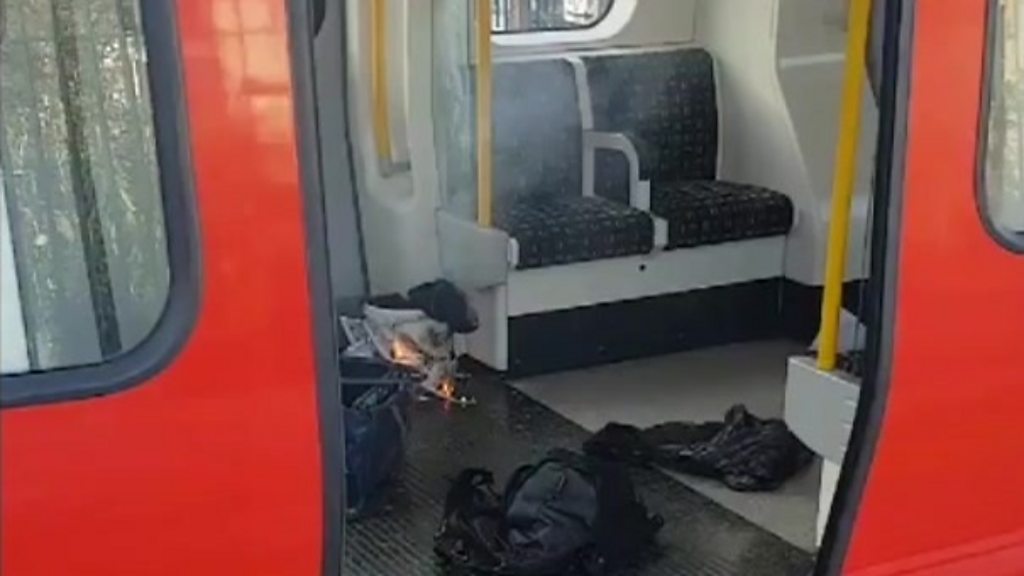 Twenty-nine people are injured after an "improvised explosive device" was detonated on a District Line train in south-west London.

I have a small hope this was just an idiot transporting something flammable. But really, not much.

This is nuts. Seriously, @doctorow, thinking of following you out.

I don’t mind being caught up in an incident, but my kids wouldn’t cope on their own.

Thanks for posting this.

People shouldn’t be surprised to see military in the streets.

0:30
Military to take on some police duties
Mrs May says the military will take on some of the armed police’s role.
The BBC’s Daniel Sandford says people “shouldn’t be surprised” to see soldiers on the streets.

Bringing you the latest on the search for the Parsons Green tube attacker.

Mind you: “After the terror incident at Parsons Green station, local residents offered tea and kindness as support.”

But the threat level is back to ‘Critical’ (attack expected imminently), the security, rescue and medical services are everywhere, just sitting, with engines running, ready to go - they don’t know quite where to be - but being near my kids’ schools is not a reassuring sign.