Nothing on the suicide attacks in Saudi Arabia yet? They hit Medina, outside the Prophet’s mosque, which seems like a big deal (not like the other recent attacks weren’t, but…)… 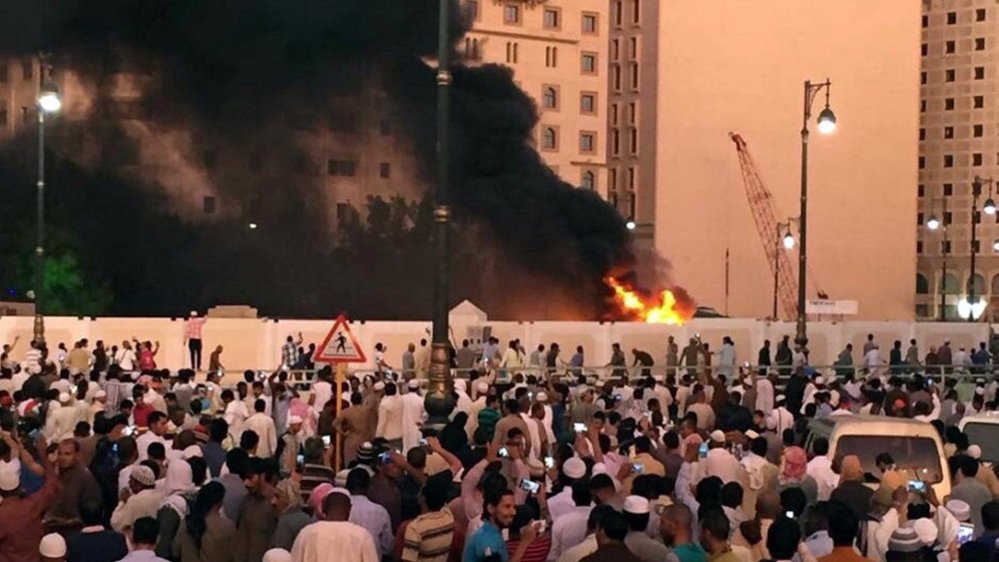 Four security guards killed at Prophet's Mosque in Medina in third attack to hit kingdom in one day.

FYI, here is an equivalent event, in an attempt to overthrow the government in Saudi Arabia: I’m thinking the one yesterday is going to prove to be pivotal point in the “war on terror”… I’m a little perplexed at how little attention this story is getting so far (in the western media, at least). I mean, this is the equivalent of a Christian terrorist bombing the Via Dolorosa in Jerusalem… AT CHRISTMAS!

It doesn’t fit the US narrative of what ISIS or terror is.

That’s the most likely reason why it’s getting glossed over, you’re right…

That’s because ISIS killing Muslims isn’t news. It’s literally what they do every god damn day of the week.

I know… Whenever I’m dumb enough to get in an argument about this shit, that’s the key thing I bring up - Daesh has killed more Muslims, by far, than non-Muslims. The blank stare I inevitable get in return always depresses the shit out of me.

I could be wrong…

There was some coverage on NPR today. That narrows the audience down of course. I’m guessing there will be an article or two in Foreign Affairs at some point.

Oh, sure, I heard their 5 minute piece on the bombing… but I think this is really huge news and it deserved a much bigger focus… then again, I’m not a news editor!

As a historian , I hope you just follow the official news as a source of areas that need further investigation. I’m speaking more to the gaps than the “coverage”.

I know… Whenever I’m dumb enough to get in an argument about this shit, that’s the key thing I bring up - Daesh has killed more Muslims, by far, than non-Muslims. The blank stare I inevitable get in return always depresses the shit out of me.

There, I fixed it.

Sure. I suspect that there will be some more long form articles in the coming weeks that do fill in those gaps, too (3 quarks daily tend to have links to well done scholarship online). But yeah, these sorts of primary sources are best understood through the gaps.

There, I fixed it.

Meanwhile, listen to this fucking chucklehead: Bill O'Reilly Uses Images Of Obama At Muslim Wedding To Claim His "Emotional...

BILL O’REILLY: Many Americans, including this one, believe Barack Obama’s emotional attachment to the Muslim world has hurt the USA. There is no question the Obama administration's greatest failur

I’m a little perplexed at how little attention this story is getting so far (in the western media, at least)

It’s getting a TON of attention here in Paris. Front page of the paper all week, though the followup was inside this morning-- Brexit’s taken over the front page again.

It’s kind of weird. Right this moment, I’m sitting in a cafe on a sidewalk in Paris, drinking a glass of wine and waiting for our table to be ready. The population here is ethnically diverse, far beyond what I’m used to seeing in southern California. There are some people sitting behind me speaking Arabic; from what I can understand, they’re talking about not being able to eat during Ramadan. I can hear at least three other languages being spoken. I see four soldiers with machine pistols, and two of a different kind of police (city police?) with sidearms. There are hundreds of people walking around. This is a place where people have died recently from Islamic terrorism. Yet I feel safer here than I do on a sidewalk in downtown San Diego. I am not sure why.

As if we needed another reason to say fuck Bill O’Reilly.

This topic was automatically closed after 227 days. New replies are no longer allowed.