Bond: “I must be dreaming.”

It’s probably an urban legend, but supposedly in an earlier draft of the script, Bond’s reply was “I know you are, but what is your name?”

“I know you are, but what is your name?

I’m working on it!

Named after her father no doubt.

In “On Her Majesty’s Secret Service,” one of the women working for Blofeld wrote her room number on Bond’s thigh under the dinner table. Bond excused himself by saying “I have a slight stiffening coming on.” I’ve read they dubbed in a G rated version, but the original is my all-time favorite Bond quip.

Star Trek is generally so tame and G-rated, but then in that one DS9 episode the holodeck Bond girl is called “Mona Wantsit”. That is my favorite Bond line.

The soundtrack for your stylish, mysterious, dangerous life. For Spies and PIs too!

I was always partial to the Roger Moore quips.

“Trying to keep the British end up, sir!”

Ian Fleming was quite the sexist pig. 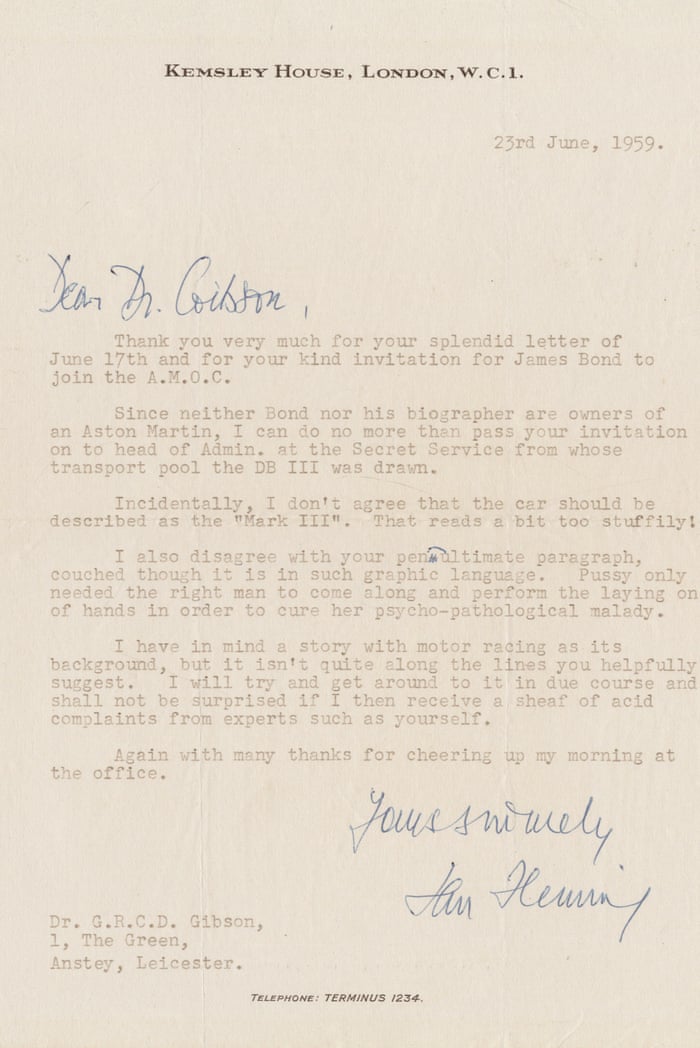 Q had a couple along those lines in the Moore Bonds as well.

the world is not enough …enough already

What you interestingly fail to mention is that the Pussy Galore subplot was an example not only of sexism but also of homophobia, since Pussy is a lesbian who’s cured of her “psycho-pathological malady” by Bond’s “laying on of hands” (fucking).