“So we have in the United States a whole lot of people, (aged) 27 to 42, who postponed homebuying, car buying, for about seven years later than most generations,” he said.

What a bunch of greedy little pricks! 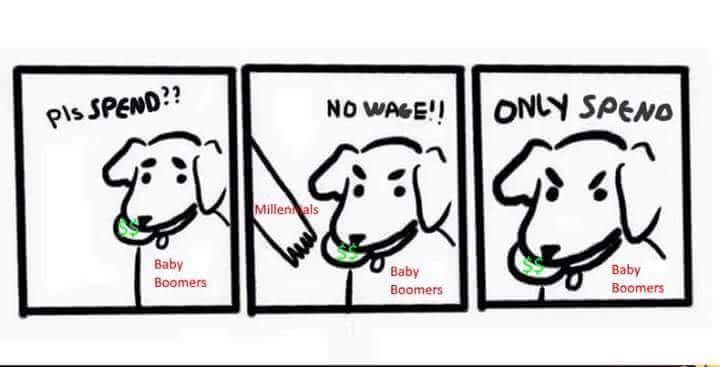 I don’t read this as “blaming millenials”… There’s no question that demographics can have an impact on inflation, and the millenial demographic bump is significant (you can see it clearly in the birth rate data; that bump between about 1978 and 1993). It’s a just much larger population than GenX, so you can expect when they start spending, there will be inflationary pressure. And the bit about “delayed” spending strikes me not as a value judgement, but as a reflection of the reality that slow wage growth and increased housing prices have forced millenials to delay their significant spending (particularly house purchases) to later than that of previous generations.

And the bit about “delayed” spending strikes me not as a value judgement, but as a reflection of the reality that slow wage growth and increased housing prices have forced millenials to delay their significant spending

Using the term “postponed” implies that Millenials had a choice in the matter.

If a person skips a meal because they don’t have any money to pay for food then they aren’t “postponing” dinner, they’re just broke and hungry.

Hey, but it is better than blaming the investors, right? Right?

It’s a shallow dive that sounds good at a glance, and avoids casting blame where it actually belongs: the corporate wealth stealing class snapping up properties left and right over the past ten to twenty years. It also avoids any messy “supply chain” problems that are still ongoing, and the fact inflation is a worldwide phenomenon now, so it can’t possibly be because “the millennial generation in the United States is really big.”

In other words, bullshit remains bullshit. Take them apart, folks, they’ve earned it.

The Smead brothers can pound sand.

Seems like he’s saying “it’s cyclical” since he admits the Baby Boomers caused their own inflation in the 1970’s, but it’s being exacerbated by population increases. . . ?

I don’t think anyone really understand macroeconomics, we all just think we do. 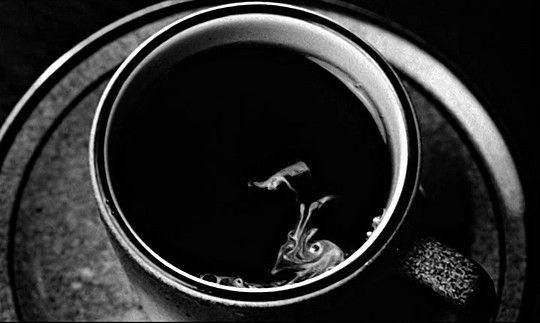 “So the Fed can tighten credit, but it won’t reduce the number of people wanting these necessities in comparison to the prior group,” Smead said.

Look on the bright side. He could be blaming them for wanting avocado toast.

Either they’re truly “necessities” – which means they can’t be put off purchasing for seven-plus years due the greed of their parents – or they’re not – which means people find a way to live without them. I’ll give this Boomer credit for being generationally consistent in wanting to have things both ways.

In regard to housing, my theory is the only reason that Boomer NIMBYs in California have suddenly relented on auxiliary dwelling units is that they finally collectively realised “holy crap, we priced our own age 30+ kids out of the housing market and they’re about to move out of state just when I need them to stay nearby.”

Maybe they should have laid off all the Lindy-Hopping and soda phosphates. /s

The boomers we millennials are ruining everything for aren’t even the smoking doobies and chilling at Woodstock kinda boomers.

Your’e right. This all has me so tired, I can’t even navigate the timeline.

Exactly. David Brooks’s beloved “Bobos”, who betrayed the ideals of the counterculture they claimed to have led (they were followers – Silents were the leaders) and spent years afterward commodifying “authenticity” and “rebellion” into understated but pricey consumer categories.

There are plenty of individual Boomers who’ve suffered since Reagan, who are in bad shape at the moment, who understand things went wrong after 1980. It’s the selfish white “winners” who defined the rotten generational culture – the ones you describe and the ones like this Smead guy – who have left all subsequent generations holding a very ugly bag thanks to their wasteful greed during the post-war economic anomaly. Nothing will change for the better until they lose their clout.

He’s going to be really upset when he finds out that Gen X exists and also wants housing and stuff.

He won’t have the chance. Gen X hardly exists for Boomers since the mid-90s, when we stopped mattering enough to be a punching bag for them.

who betrayed the ideals of the counterculture

But as goes that.

Some one who is 65 now and complains about millennials betraying soap. Was 12 when Woodstock went down.

You can’t really betray a counter culture you were never a part of, and weren’t around to experience.

The boomer of “Ok Boomer” was in their prime years in the 70s and the 80s. Not the sixties.

I’ve heard a twenty year old complain that these young millennials coming up don’t want to work. Not like when she was 19 I tells ya.

That’s what tent cities are for /s