Boston Dynamics pledges not to weaponize its "General Purpose Robots"

Pledging with it’s “An Open Letter to the Robotics Industry and our Communities, General Purpose Robots Should Not Be Weaponized”, Boston Dynamics joins Agility Robotics, ANYbiotics, Clearpath Robotics and Open Robotics collective mission to increase the utility of future robotics by directing the development of “General Purpose Robots” away from weaponization.

Tesla is notably missing from that list, although I suppose that the most immediate threat comes from their “self driving” cars, not their janky humanoid robots. 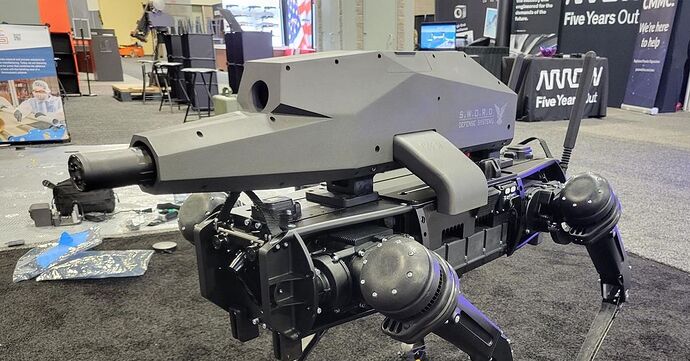 The future of four-legged warfare.

Yeah, it ultimately doesn’t matter if they weaponize their products or not, as it’s being reverse-engineered and weaponized by others anyways. Not that I fully trust that they’ll avoid creating weapons…

In order to weaponize their robot, they have to actually get it to work, first, so… no worries.

Honda’s Asimo, on the other hand… 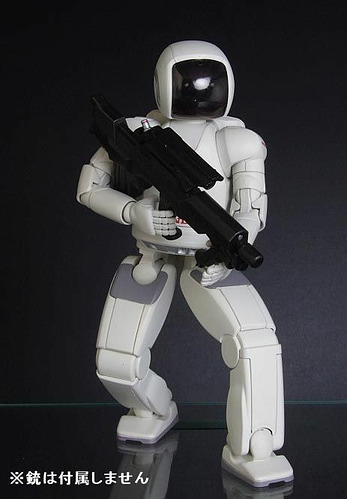 Maybe in the future integrated circuits will be banned, like in Dune

Well, we can certainly trust that pledge. Boston Dynamics used to be owned by Google, and we all know how they promised not to be evil, and how effective that promise was.

All references to ‘hardpoints’ in public-facing documentation have been replaced with ‘customer option
integration brackets’.

indeed. they won’t weaponize them. they’ll just license the tech to the pentagon and let nature take its course

just as computers are great but also enable facebook, day trading, extreme gerrymandering, and ai based sentencing guidelines - ubiquitous robots are going to solve some problems while making other things - like safety - very very difficult

Is there anything in this pledge preventing a third party from buying a bunch of their robots and making deadly aftermarket mods to them?

If they could turn a Vespa into an anti-tank vehicle they can mount a gun on a general purpose robot.

The more of them produced, the more of them will be in the wild. Eventually whatever they were originally procured for will run its course and even if they make it mandatory at its end of life it gets destroyed, some will just ‘disappear’. Hell, the dog robot version is so lightweight what would prevent someone from just stealing them? Walking up to someone sticking a gun in their face and demanding the passwords for the software before picking it up and running off with it? Or once they got the first one set up and armed using it to do the mugging for them after that point? We will need robots armed already to protect us from robot thieves and their thieving robots.

Maybe the future instead of man fighting man will be robots fighting robots, over which robot gets to kill which man. Progress?

We understand that our commitment alone is not enough to fully address these risks, and therefore we call on policymakers to work with us to promote safe use of these robots and to prohibit their misuse.

Good, because trusting corporations not to commit atrocities based on the honor system has not gone well in the past. Unfortunately, I don’t have a whole lot of faith in our policymakers right now either.

That’s a load of bull pledge, they don’t control what people do with it after purchase.

When possible, we will carefully review our customers’ intended applications to avoid potential weaponization.

i think after a while, authoritarian governments, defense contractors and criminal organizations will get tired of just watching these robots do a standing jump onto a box. they can say whatever they want, but we know better.

I am a worker.

You don’t need to strap a gun to a robot to weaponize it.

Well, we can certainly trust that pledge. Boston Dynamics used to be owned by Google

And funded by DARPA. Remember the origin of their dog robot?