Whoa - what happened in the last panel that everything got all Leifeld in the house?

I particularly liked how the video for “The Pee-Wee Herman” got Mark Holton, a.k.a. Francis Buxton, to be the irate moderator of the science fair. Oh 1986, you were so heavy-handed in your subtlety.

everything got all Leifeld in the house?

Without the abundance of visible pouches, or possibly malformed feet, it’s hard to say.

I disagree. Those were certainly Leifeld faces.

LTR FTW. You are killing it with the Liefeld-style Ice-T! T and Liefeld defined 1991 for me in not-unsimilar ways, although at age 8, I was a bit too young for one of them. I applaud your virtuosity. I’d say do it more often when (if?) you arrive in the late '80s, but probably not worth the effort – or the business end of Conan’s sword!

PS This should be canon reading for any comic book fan of a certain age: http://www.progressiveboink.com/2012/4/21/2960508/worst-rob-liefeld-drawings

@Ed_Piskor definitely is a fan of Liefeld, and drops some knowledge of Liefeld / Eazy E connections 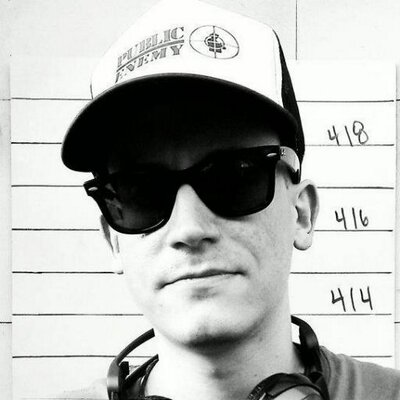 Retweet if you agree that @robertliefeld should do an Eazy E pinup for Hip Hop Family Tree. http://t.co/FXIPpJt5VE

In this page, though, there does seem to be a definite progression of the familiar / grainy vintage HHFT style progressing to cleaner / brighter right before the Liefeld Ice-T (those bright white chat bubbles in the Pee Wee Herman frame). It definitely shows the evolution of Ice-T, I wonder if there’s more too it…

@funruly I think you nailed it. Good catch pointing out the brighter panels before the last. Wanted to visually show a passage of time/era.

Ed varies the ‘print quality’ depending on the year the frame depicts - very washed out/blurry for the late 70’s-early 80’s (see DJ Jazzy Jase in the first frame of the previous HHFT page), standard washed out style for the early-mid 80’s that most of the comic is set in, then progressively more oversaturated and crisp as the timeframe moves to the late 80’s-early 90’s (the last three frames of today’s page.)

Donald D rips his verse on the posse cut “Fly By” from the OG album, too.

loving the final panel. you should’ve shown their pieces, though!

Re: Liefeld - man aren’t there like 100 other artists from the 90s to emulate? Sigh. Then again - I had my Liefeld phase.

And I hadn’t heard of Chuck Chillout before, but the Beastie Boys name dropped him:
“I seen him get stabbed, I watched the blood spill out
He had more cuts than my man, Chuck Chillout”

as a midwesterner, i was only aware of donald d from the rhyme syndicate and his ‘notorious’ album. this what i love above this series, it’s like the hip-hop/rap version of james burke’s ‘connections’.