Well in all fairness, I couldn’t see the crack until I put on my glasses, so lets not jump to conclusions. /s 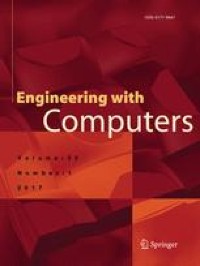 Can past failures help identify vulnerable bridges to extreme events? A...

This is the type of accountability that public employees should have when they do their job poorly. Odds are this person won’t get hired as a bridge inspector in the next town over either.

We really need a huge public works program to update and rejuvenate our infrastructure.

i don’t know the date of that drone footage, but the still picture shows more than a crack – that is a full break. easy to miss though, if you don’t give a shit.

How many bridge inspectors do they have and how many bridges needed inspecting? Was this particular bridge actually inspected since 2019? How much time was allocated for it’s inspection? 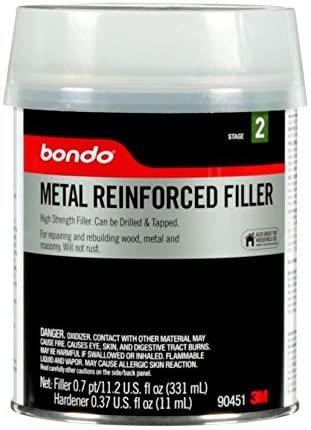 All you need is to squirt a little super glue into the crack then wrap the whole shebang with a couple rolls of duct tape. That should be good, right? /s

This is going to cause a massive re-inspection effort for every bridge that inspector “inspected” in the last few years.

My company had an office in the Twin Cities and I worked with a guy who was approaching the I-35W bridge when it collapsed back in 2007. I’m not sure how close he actually was, although he did get closer and closer the more times he retold the story.

Anyway, it’s been a problem for a long time. The US has this fantasy that it doesn’t need to maintain its infrastructure and it acts surprised when it falls apart. 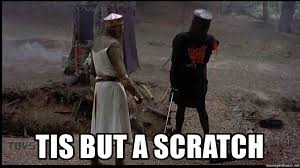 Given that the current photo shows a full break, I assume the video showing the crack is from an earlier inspection where the inspector failed to report the problem. Note that there are two people working to gather the drone footage. Were they not both required to sign off on the inspection report?

You can also see that a vertical support that’s approximately in line with the crack has a kink in it, and there’s rust at the bend. I’m not a civil engineer, but I’d guess that indicates a shift in stress from the crack, and it has already been there a while when the drone footage was captured.

Yes - while it’s fair that the employee faced consequences, I can’t help but wonder if they are a casualty of a poorly funded system with organizational flaws they have no control over. For all we know this person may have caught serious issues in the past but even the best inspector could make a mistake.

How many bridge inspectors do they have and how many bridges needed inspecting? Was this particular bridge actually inspected since 2019? How much time was allocated for it’s inspection?

Good question. This inspector signed off on two inspections that were clearly not done properly so he (or she?) does need to be held responsible for that, regardless of what workload the state expects inspectors to complete. But it’s also possible that there are so few inspectors that it’s really impossible to complete the required number of inspections properly in the allocated time, such that the inspectors would have to choose between signing off on shoddy inspections or quitting their jobs. If that’s the case then firing the inspectors would not get to the root cause of the problem.

John Oliver did a great episode on infrastructure and inspections a little while back, pointing out how few dam inspectors there are compared to the number of aging dams that require inspection.

(Edit: my autocorrect typed “aging dames” instead of “aging dams” which is funny but also sexist so I thought I’d better fix that.)

I don’t think we all think that this stuff shouldn’t be maintained… Most people are probably under the impression that this stuff IS being maintained. After all, there are semi-regular transportation bills that deal specifically with roads that are often big news back home, because it’s evidence of our congresspeople bringing home the goods. Most people probably have the impression that these earmarks are specifically being used to deal with infrastructure like this, when often that money is getting shuffled around for other things in state legislatures that tend to be dominated by one party or another. They probably go more for expanding roads rather than maintaining them, and some large percentage of that probably ends up in private corporations.

TL;DR, most of us aren’t spending all our time tracking the dollars that come in from the fed for roads, because we have actual lives to live and we elect people to take care of that shit for us, so we can get on with the things we need to do.

All you need is to squirt a little super glue into the crack then wrap the whole shebang with a couple rolls of duct tape. That should be good, right? /s

I think you mean: “that’ll buff right out”