Home of the brave, indeed.

Well at least they weren’t going any place special.

That’s all kinds of ridiculous. Flying Muslims are one of the reasons people GO to Disneyland. 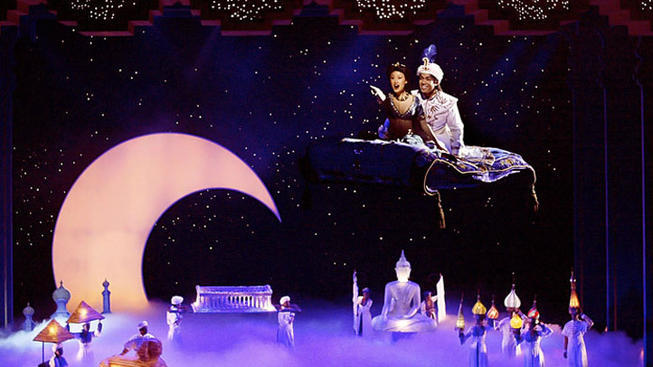 We have a winner.

Yes, that was me, again.

Do I really have to pull out the triple facepalm pic for the 2nd time today?

Maybe that was the issue - 13 reinforcements for the armed forces of Agrabah!

This is utterly infuriating. I’m trying to put words to it, but my neural circuits are currently blown out from the rage.

The US’s immigrations laws are already so racist. It’s terrible to see them getting worse. I hope Cameron protests.

Unmarried, young Mexican men cannot get academic visitor visas to the US, because the US in its wisdom has decided that early career researchers are probably hoping to become undocumented workers. Its easier to find out what young Mexican researchers are working on in conferences in Europe than it is in conferences in California. This is already official racism based on nations.

Ruining a family trip to Disneyland based on the race/religion of the parents, is just unforgivable.

“US Department of Homeland Security officials provided no explanation for why the country refused to allow the family of 11 to board the plane even though they had been granted travel authorization online ahead of their planned 15 December flight.”

Sounds pretty reasonable to me. Actually sounds a little cheap.

One time I managed to snag British air round trip tickets from SFO to Heathrow for $290 each. That flight was packed cheek to jowl.

Oh, I get it! I thought it was just this guy:

Clearly, they hate us for our freedom.

Sometimes, supporting the interests of those who benefit financially from the war on terrorism hurts innocent people. That is why it is useful to have apologists explain things for those who still believe and trust.

I figure the family should sue the airlines for the $13,340 + damages and court costs. They paid the full amount, in advance, and in good faith. The airline refused to provide them the paid for service with absolutely no notice. The airline is in breach of contract by not providing the paid-for service and should be required by law to return the funds.

What’s that you say, “but it wasn’t the airlines who cancelled their trip - it was the US Government”? Well, so what? If you give me $50,000 to build you an extension onto your house, and the day before I’m supposed to start work, the city rezones it, or decides to revoke approval on the plans, etc. am I 100% OK in keeping the money, because “tough luck, the government did it”?

Or, how about the fact that airlines typically have waiting lists for passengers who want to get on flights that are already fully booked? Odds are the airline not only kept that $13,340, but made even more money by selling the seats to people wanting a last-minute flight.

Although it would mean little to nothing I fear, I would really like to tell these folks that I’m sorry for what happened to them. I’d like to tell their kids “please kids, we’re not all like that. Please kids, Just because you got hated on, please don’t become haters yourself.” I’m just one old man looking in vain for my country. It was here just a little while back. It was pretty nice. At least some of us are trying to work on it. Maybe it’ll be nice again.

So if anybody knows a way to contact this family it would be nice to at least tell them some of us are sorry. God this makes me sick. After 9/11 I told some friends ‘a bunch of us are gonna end up political refugees from here’ I was afraid bushco will kill the country we loved. Now I fear it may just be a matter of whether other countries will want any of us to come to their homes. Do any of you have suggestions for what we should do? Besides flee and hope others are kinder to refuges and other folks than we are.

Yes, they should absolutely be refunded, but there’s a lot of fine print with those tickets, and I wonder if there’s a clause in there letting the airline off the hook, at least contractually. Hopefully public pressure will produce a refund either way.