Build a Crowbox kit and become friends with your neighborhood crows

This looks awesome! I have always wanted an army of crows picking through a city for money for me.
Eventually, they’ll realize that all those silly, soft humans down there have sweet, sweet nut buying money in their pockets, and we’ll see our first crow vs. human muggings!

This is so cool! I wonder if they have a blog. Unfortunately they don’t, but I did find this 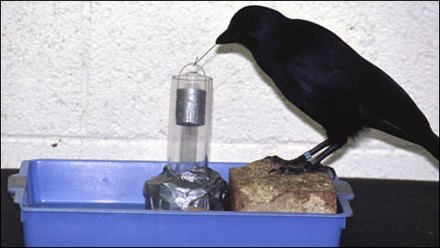 A scientist’s thoughts on The Crow Box

The first time I watched the writer and hacker Josua Klein’s crow vending machine TED talk as a college undergrad, I was floored.  It was my first exposure to Betty, to the tool making capabi…

Sounds like capitalist exploitation to me. They deserve a living wage of 15 peanuts per coin and universal veterinary care.

It would probably piss off the trio of Crows I have been just tossing the odd bit of kitty kibble out for. They for sure know who I am though.

ETA they have yet to leave me shiny things, or if they do they are not leaving them where I can find them.

Yes, let’s interact with other species by training them to pick up our trash. This isn’t interaction, it’s behavioral manipulation. Next up, CrowBook.

We have a few ‘murders’ of crows that flock at the nearby park; alas, I am too complacent and uninspired right now to do anything useful with this info.

You do know that crows gather every night in a tree and make a lot of noise. They also like to get up early and start crowing out side your bedroom window. Not to mention they chase off owls and hawks which are much more cooler birds and they eat rodents.

“No, not that one. Get it from the neighbors cooler.”

We have a few ‘murders’ of crows that flock at the nearby park;

In the evenings? If so that’s where they sleep overnight for safety.
They disperse during the day for their individual territories.
Every evening I see them flying over head to the wetland near where the below was filmed.

Wow. It sounds like scientists are really offended that Klein isn’t a “real” scientist, and yet he got media attention. And no, they didn’t try to replicate his results. Why bother? He’s obviously not a real scientist, so his results must be bogus.

I see them in the mornings, on my way to work…

If you hear them doing a lot of yelling, then they are yelling at someone, maybe you.
They do keep other birds from getting in nests. Or, at least they try to.
Raccoons and cats too.

Not that they themselves don’t get in nests.
I like them for all that.

I JUST saw a screen cap of a post from somewhere about a guy who had like 4 crows who he traded bread for shiny bits, and one day one brought him a $20 it found, and so he brought it some really fancy bread as a reward, and now they are bringing him more bills.

Also, my innocence was lost the day I figured out a few months ago that the crow in The Crow was actually a raven.

I see them in the mornings, on my way to work…

If you are on foot get some cheap dry cat food. Toss out a handful on the way by every other day or so. You will have dark feathered friends in no time. 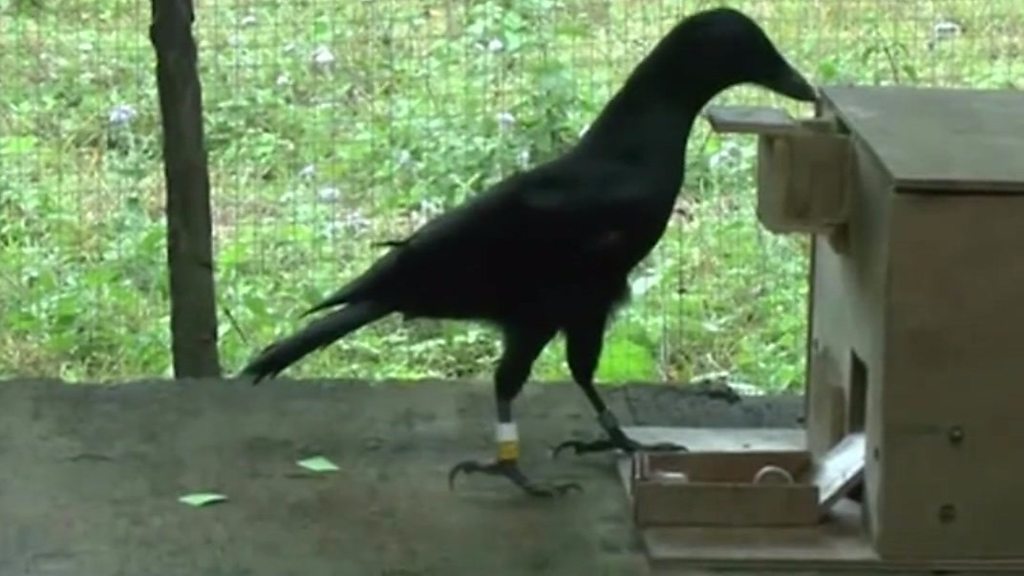 An experiment with a "vending machine for crows" is revealing insights into how intelligence evolves, scientists say. The French theme park Puy du Fou has six new trash collectors, and they're birds. The hope is they'll teach the humans around them a lesson about littering.

The birds now work at the park four days a week, and de Villiers said that they abide by strict French labour laws. As long as the birds continue to pick up trash, they’ll get paid in food.

I listened to the interview. I’m not sure that he was being serious about the labour laws.

Well, that’s one way to achieve a cashless society, I suppose.

I watched the video just as far as the mention of crows being one of the few species thriving around human beings, because why then would you feed them? If you know most birds don’t thrive with humans around, why wouldn’t you look into a nest box for one kind of bird or another? Or construct a small patch of habitat with berry bushes or good cover?

You can observe crows plenty without feeding them, watching them trail across the skies at dusk to their roost, and listening to their calls and finding out what they’re saying. (Crow nestlings sound just prehistoric, btw.) I once saw a bunch of them chasing a gull to get the food it had. Seriously the stuff they do naturally is better than this.

Although I do want to see them pick up trash, as I don’t know of any bird that would consciously do something useful.

EDIT: I take back that last bit. Picking up cigarette butts? FFS. What’s next, training wolves to stand in line for your scratchies?