Man raises baby crow, realizes he's stuck with it for the next 25 years

Crows are the dicks of the bird world.

What’s that, “Crows are the cats of the bird world”?

When I moved to New York 17 years ago, I lived with a lovely couple and their newborn. They raised all manner of birds on their little farmstead and were good friends with the state wildlife agents. Whenever they would encounter a bird that was too young to survive alone, they would bring it to them. When I first arrived, they took me out to the porch, put a peanut in my hand and told me to hold still. A young male blue jay named Cooper fluttered down from the nearby tree and landed on my palm before flying back to his nest. He was just over a year old and they had recently released him, so he stayed close to the house. Later, he was joined by a mate and wouldn’t land on our hands anymore, but was still right by the house for the rest of the time I lived there. I don’t know how else to describe it but magical.

ETA: Oh, I almost forgot why I wanted to post this; their dream was always to get a crow baby and raise it, but Cooper was as close as they ever got, also being a Corvid.

And the Raven, never flitting, still is sitting, still is sitting
On the pallid bust of Pallas just above my chamber door;
And his eyes have all the seeming of a demon’s that is dreaming,
And the lamp-light o’er him streaming throws his shadow on the floor;
And my soul from out that shadow that lies floating on the floor
Shall be lifted—nevermore!

I thought it was an owl that brings your mail at Hogwarts? When did they move over to Crows? I’m lost, again…

So no DSL bunnies then?

He named it “Russel”

I don’t think I’m pet owner material, but if I ever consider it, a bird is high on my list. Because who the hell doesn’t want to live with a dinosaur?! We had a parakeet as a kid, he was kind of a riot.

This video is great – I love that bit with the baby birb nuzzled up on his chest, looking kind of “meh,” and then it leaps into activity in a serious way (very much striking me as dinosaur-like, btw) when his name is called. Ha!

My grandmother did this when I was a kid. The bird was named Inky after the Pacman Ghost.

She worked with a local wild life rescue to prep the bird for release. It took a few years to prep the little guy but she for damn sure wasn’t “stuck” for 25 years. It involved taking the bird out to good habitat for training, exposing to other crows and slowly transitioning it to living outside and taking care of itself.

It’s pretty common to find baby crows just sort out there. It isn’t neccisarily because they’re abandoned. Crows and Owls usually share habitat, but they fucking hate each other. Large owls, especially Great Horned Owls will usually clear a new area they’ve moved into of all crow’s nests. Kicking the chicks out of trees and killing them. They’ll attack and eat the adults. If you run into a baby crow, more than likely it simply survived getting owled. And the parents are either dead, or could not find it. Oftentimes with the nest destroyed they just move on.

Our three resident crows (mated pair and one of their offspring) just sit in the oak behind our house and complain about the service. 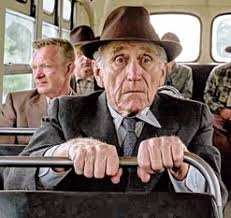 My GF has a cockatiel. My observation is that birb ownership is a near constant regret.

I saw a couple of crows aerial dog-fighting with a heron a while back. This dog-fight was taking place over the water and the heron wasn’t carrying food or anything, he was minding his own business in his own habitat. The crows were just being dicks.

Better brush up on your crow speak there, Lee.

When i go to Flipboard: “Please disable your ad-blocker to see content.”

Crows are just crows. Other birds are the dicks of the bird world

This is the list of the brood parasites in order Passeriformes, the perching birds. Instead of making nests of their own, and feeding their young, brood parasites deposit their eggs in the nests of other birds. Note that the vampire finch is a parasite, but is not brood parasitic.