Can insurance be used to reign in police misconduct?

Funnily enough I read about this 6 days ago in a piece by Cory Doctorow (late of this parish) which he posted on his new blog on 22nd July.

This. Hitting city or even departmental budgets just doesn’t do jack shit. Since other cops refuse to hold bad cops to account, maybe the power of money can.

Yes, the private insurance industry, which has only improved the life of everyday people in America.

Nobody thinks this would result in the private insurance industry just hiring better lawyers and lobbying to prevent ANY accountability for police departments? I mean, this is the industry that created the wonderful health plans that literally every American is satisfied with in terms of cost and coverage.

Yeah, this seemed to be the obvious unintended & unaddressed outcome. For every dollar the insurance company spends on best practices, it’s going to spend five on lobbying to reduce the underlying liability exposure.

when i was rear-ended at speed by another driver, their insurance company spent weeks arguing with my insurance company about who was at fault, who would cover what, how extensive the damage was, and whether my car was worth salvaging. at first they refused to pay anything, until i went down to the local office and threw a fit because i’m a white man and i can get away with that sort of thing without being automatically shot or arrested. in the end they offered me a small fraction of the cost of needed repairs because the car was an older model, and said “take it or leave it, you’re lucky to get anything.” so this sounds like a great solution to systemic violence, over-reach, and racial oppression.

If you no longer have that same insurance company, can you name them?

And the other person’s? Since a rear end collision should be obvious who’s “at fault”, no matter the real circumstances.

If people know a company is bad and a policy is worthless, they’ll more likely be willing to spend more with a better carrier. But, it only works if people know the bad and acceptable carriers.

It seems to me that having to protect their premiums could just incentivise even the good cops to falsify insurance reports.

And pay misconduct settlements out of their paychecks and pensions. 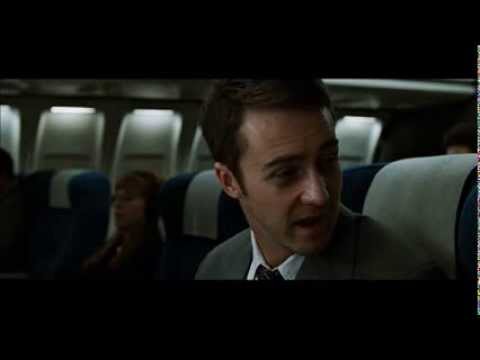 I often see the concept of “police malpractice” insurance floated as an idea to use free market economics to weed out bad cops, akin to how medical (or attorney) malpractice insurance helps weed out doctors (or lawyers) with a history of screw-ups.

But medical practices and law firms are private for-profit businesses. Every dollar they spend on insurance (or on settling malpractice claims that aren’t covered by insurance) comes directly out of the owners’ pockets, giving the owners a very strong incentive not to hire professionals who will commit malpractice.

I’m not a labor economist, but from my rudimentary understanding, if you mandate that insurance costs come out of the salary pool, the salary pool is just going to have to get larger to make sure that net pay is commensurate with other jobs that might be available to potential cops. That might put some pressure on police departments to weed out bad apples and reduce their costs, but those incentives aren’t nearly as strong for governmental departments as they are for private enterprise. The managing law partner or president of a physicians group who really wants to buy an upgraded Mercedes is way more incentivized to cut insurance costs than the police chief who might (gasp) have to ask the town council for a slight budget increase.

Maybe if you mandated that cops pay the insurance premiums directly out of their individual salaries, and the insurance premiums were individually tailored to each cop’s personal record, the bad cops might decide to take other jobs once they see that their insurance is going to make their net pay lower. But that seems to raise a host of other issues around how the insurers are going to underwrite those premiums in a way that creates sufficient variance to push the bad apples to find other jobs.

At the end of the day I’m pretty sure the only consequence of mandating police malpractice insurance is to enrich the insurance companies.

Had this started and shown progress years ago, maybe it would work, but now we’ve moved passed that being an acceptable path to reform. Each country has to have a conversation about what role the police should have given we are moving towards the end of the war on drugs (finally for fucks sake).

Please fix the spelling error in your post title. It’s paignful to see.

Please fix the spelling error in your post title. It’s paignful to see.

Needs more @thomdunn, in order to rein this sort of thing in.

IIRC, the payouts cities have made for settling lawsuits has made some of them change policy and fire cops in the past.

Betteridge's law of headlines is an adage that states: "Any headline that ends in a question mark can be answered by the word no." It is named after Ian Betteridge, a British technology journalist who wrote about it in 2009, although the principle is much older. Like similar "laws" (e.g., Murphy's law), it is intended to be humorous rather than the literal truth.[failed verification] The adage fails to make sense with questions that are more open-ended than strict yes–no questions. The maxim ha...

We’ve been lying to ourselves about the ability to financial incentives to fix social problems for decades.

In the medical case all the physicians I know pay their own insurance. Under the fee for service model (most doctors in Canada for example) physicians aren’t technically employees of hospitals but rather have privileges that allow them to work there, and you bill the patients coverage/province for your services. To keep your privileges you need to have insurance.

This self-payed insurance as a condition of working model is really the only way it could have any utility with Police forces. (And of course no allowable connection between renumeration and insurance costs. Although as I write that, the concept of a larger tax deductions from being a bad cop comes to mind as a side effect. Also I may be underestimating how much someone is willing to pay to keep being an bad cop.)

I, for one, welcome our new actuarial overlords.

About 85 percent of police departments serve municipalities of under 25,000 people,

This is another weird thing about US policing.

For contrast, the local police force in the UK which serves the smallest population (apart from the City of London*) is Cumbria Constabulary, whose area of responsibility has a population of just under half a million.

*The City of London has a resident population of under 10,000, but also has several hundred thousand people commuting in each day- once you add tourists, the daytime population may well be higher than that of Cumbria. The City of London Police also investigates financial crimes nationwide.

Back in the day, I had malpractice insurance provided by my employer (taking advantage of a group rate).
FWIW, insurance can be seen to be behind the decrease in morbidity and mortality related to anesthesia. Back in the 80s, one insurer basically asked the “hey, can you guys not cost so much?”. An initial study was made and expanded (becoming the ASA closed claim project) finding common categories of “oops, we gave a hypoxic gas mixture” and “airway disconnected/ misplaced and no one noticed”. early fixes were oxygen sensors and airway disconnect alarms, and initial incentives of lower insurance rates to those who used them achieved what decades of “other people might need that but I don’t” didn’t.
Anesthesiologists used to have the highest malpractice rates-- higher than OB/gyn and neurosurgery, and managed to get ourselves out of the “your doctor is going to kill you” spotlight. (there was even a 60 minutes docu called “the long sleep” about anesthesia mortality)
That said, there were a number of bad actors in the malpractice insurance business-- one local insurer doubled rates and then left the state… they’re still selling insurance today.