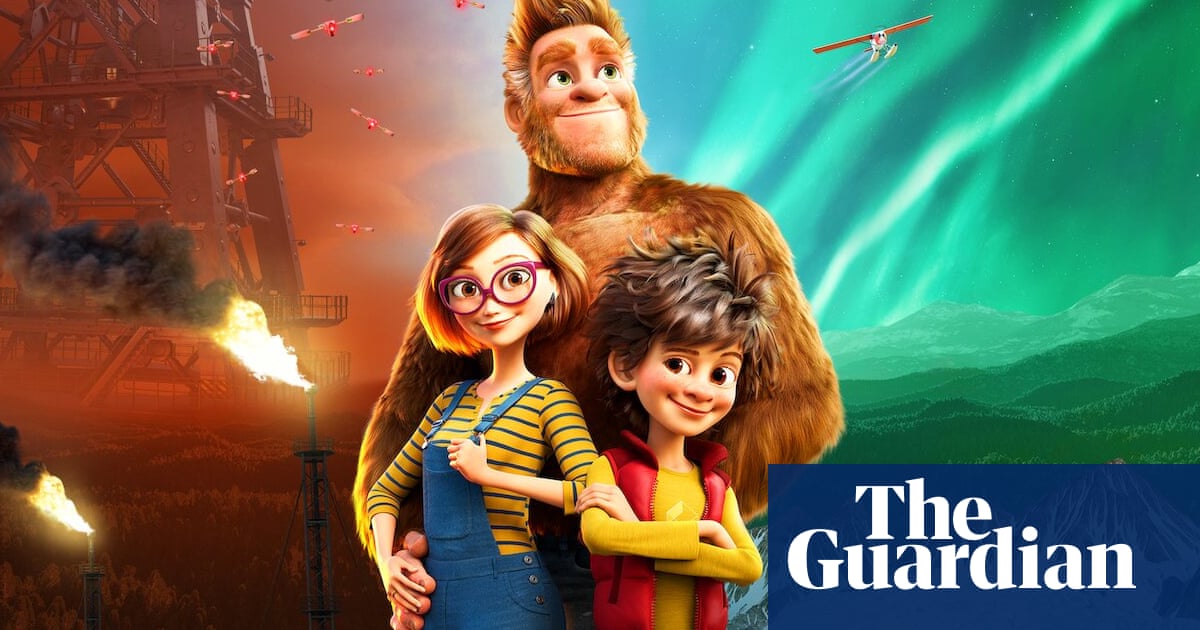 Usually I just pass over kids movies anymore but, I might actually watch this “propaganda” lol.

I mean, that plot line is pretty much propaganda, but… good! We need some of that. Alberta is fighting the dying of their industry tooth and nail. I feel bad for the businesses that are suffering there, but the industry has had decades of warning to come up with a plan B. The transition to something else will be hard for places like Calgary and Edmonton that built their entire economy around one resource that we all knew was bad. The real victims are all the small businesses in those great cities who didn’t have any say in the economic choices of the 1%.

Yeah. Watching the current government try to prop up the oil and gas industry has been painful (and that’s not even touching on their renewed obsession with coal). They’re throwing money at an industry that doesn’t seem to care about the province at all, anymore.

I’d love to see them put the same kind of effort to build up the tech sectors in those cities.

As distinct from the Disney Cars movies which portray non oil vehicles as the baddies? I guess they didn’t complain about them being misleading propaganda?

I only saw one of them, my kids hated it.

I’m not sure the “lobbyists” in the headline is really the right term. The “Canadian Energy Centre” (which is specifically Albertan, not Canadian per se) is an official government propaganda body. It is founded on the belief that the woes of the Albertan energy sector are caused by diabolical outside agitators (like Greenpeace, Audubon, anything associated with the UN) spreading lies and disinformation with some kind of nefarious hidden agenda, specifically out to get Alberta because the government is conservative. (This is a government that has made an argument that god puts oil under conservative governments, to reward them for their righteousness.)

It is of course a laughing stock. Its been in existence a couple of years now, with multiple leadership changes and requests for more budget, but has had some difficulty actually locating the nefarious parties out to get us. I guess a kiddy film is about the best they could come up with.

But the provincial government, like a wounded bear, is lashing out in all directions. Hint: the “United” Conservative Party is anything but, shedding factions on almost a weekly basis. Their caucus is a clown-show, and all the cabinet ministers are kept on a very tight leash by the premier, for very good reason. It is looking like the faintly socialist NDP is going to sweep the province next election in two years (albeit 2 years is a long time in politics). They did it the election before last, which was an enormous shock to everyone, including the NDP itself.

Meanwhile, the federal Conservative Party just held their policy conference. Thanks to their base of western delegates, they voted down a proposal to accept that climate change is real.

The motion expanding the party's existing policy on the environment was one of the most contentious of the package put before delegates.

Here’s one I haven’t heard before:

“Ahead of the convention, the anti-abortion group Campaign Life Coalition had circulated a “voters guide” to the resolutions and had urged its membership to vote down the one on the environment, saying “global warning alarmism” was being used to justify population control and abortion.”

Thanks, Alberta! I’d never heard of this flick, but have now added it to my queue.

Never, ever trust anyone who wants to base the entire economy around a single commodity. Ever.

BC should have learned that lesson when we picked “tourism” a few decades back and suddenly other places were deemed cooler. I mean, fortunately we’d diversified from that somewhat before last year, or we’d be more fucked than Alberta. But I remember how we were basically trained as citizens to be “brand ambassadors” because anything bad might upset Tourism. They were just as aggressive as anything we see from Alberta’s oil stans.

The fact that Alberta went with something so environmentally damaging and non-renewable is just icing on the cake.

I honestly think it was seeing Alberta and remembering the Tourism collapse disaster that sunk Christy Clarke’s “make everything fracking” plan, more than any actual environmental concerns. I know a few people more convinced by “and what happens when the market collapses because China or Russia flood it?” than they were by anything about fracking itself.

I have family in Alberta. Oil fluctuates even slightly and the entire province panics. Everything is tied into the industry somehow. But the lesson isn’t “oil bad”. The lesson is never give any industry that much economic power and leverage, no matter what industry they are.

But the lesson isn’t “oil bad”. The lesson is never give any industry that much economic power and leverage, no matter what industry they are.

The “Canadian Energy Centre” (which is specifically Albertan, not Canadian per se) is an official government propaganda body.

A ~$30 million/year "Energy war room" dedicated to the idea of fighting that Alberta oil remains without easy outside access due to environmental activists funded by American oil interests. This conspiracy theory was active during the Canadian Harper...

Here’s one I haven’t heard before:

“Ahead of the convention, the anti-abortion group Campaign Life Coalition

Not just the west, but parts of Ontario too. Through entryism, they’ve got a strong hold on many riding associations, so they can control who the MP candidates are, and sway the party leadership votes. The party leader is stuck mixed-messaging between what Canadians will accept and what the CLC demands. They’re covidiots too.

The Campaign Life Coalition (sometimes shortened to Campaign Life) is a Canadian political lobbyist organization founded in 1978. Based in Toronto, the organization advocates for socially conservative values.[1] In addition to its initial goals of...

I guess my point is more that no matter how “innocuous” it seems, someone gets sacrificed (try being poor or homeless when your city if laser focused on tourist dollars and nothing else), and when things change, things fall apart horribly, and the people who had it good before suddenly need someone to blame.

Oil isn’t all bad. Yes, we need to use much less than we do. Yes we need to find alternatives, but I am also thankful to be living in a world where I don’t have to rely that the person in charge of my vaccine syringe boild it long enough to keep sterile.

But because we as a world gave this commodity and industry so much power, we’re in a crisis because everything they do is to protect themselves, not the future.

It’s a capitalism problem, far more than the thing itself. Commodifying something and allowing that to become the linchpin of your entire society and that society will create horrors to sustain it.

Yeah, I didn’t mean to come across as glib but I see how I did. I hear you. I think (like a lot of people here) I get frustrated because the oil cos have had plenty of time and money to prepare for a responsible shift, but most have chosen to fight it.
I didn’t mean to downplay the real suffering that happens to all the rest of the population caught up in those economies. Where I’m from, it is/was paper mills, and I’ve seen towns destroyed. Not just the mills, but the broader forestry industry and all the hospitality and other support related businesses.

Huh, you know, I never realised that Cars is Disney’s attempt to make a product that specifically caters to the red states. I don’t know why, casting Larry the Cable guy should have tipped me off, you’d think. Then again I never saw any of it.

That might explain why there is so much merchandise for a movie that completely baffles me as a concept. Seems to work though:

Disney and Pixar’s ‘Cars 2’ a Hit in Red States

a product that specifically caters to the red states

Oh yeah, it’s “libruls bad” alright. And as for those nasty, nasty environmentalists…

Protecting the environment is a well worn trope in kids art because children love animals. The stark difference between a recent Disney movie like say Pete’s Dragon where the dragon was both an elemental spirit of the forest as well as mother nature looking after a lost boy and that shite really shows how politics have changed children’s art. Pete’s Dragon is a remake. They would never have made a pro corporate children’s film until now. Imagine if in Mary Poppins the old Scrooge like bankers were the good guys?

Disney and Pixar’s ‘Cars 2’ a Hit in Red States

Wait? They never worked out these movies are set in a world where all humans are gone and replaced by sentient cars? The world where Christine won and took over?

I don’t think the target audience would mind being replaced by coal rolling trucks with truck nuts as long as the liberals also die in the apocalypse. Especially if the trucks have gun racks.

Oil fluctuates even slightly and the entire province panics. Everything is tied into the industry somehow. But the lesson isn’t “oil bad”. The lesson is never give any industry that much economic power and leverage, no matter what industry they are.

Yup, the panic is real. When I talk to my family in Alberta, all anyone talks about is the price of oil (in between complaining about Trudeau, which baffles me as someone who lived under Trump and W- I just want to grab them, shake them, and yell “YOU DON’T KNOW”).