Captain Marvel's first trailer is here and it looks promising

You’ve been scooped by a Happy Mutant:

Is the Super Hero genre peaking or are we at perpetual mutant?

It’s been a decade since Marvel launched their shared cinematic universe with the first Iron Man movie. In all that time, they’ve never had a film with a female lead.

It’s my own assumption that Captain Marvel would still be sitting on the shelf if it weren’t for the box office success of Wonder Woman.

First they had marvel planned long before WW was green lit. Second there is absolutely no way anything WB has done film wise has made Marvel Films change direction whatsoever.

She punched a lady!

Apparently Capt Marvel has a space cat and it can faintly be seen in the poster for the movie. So… inter-dimensional cat might be in the movie? 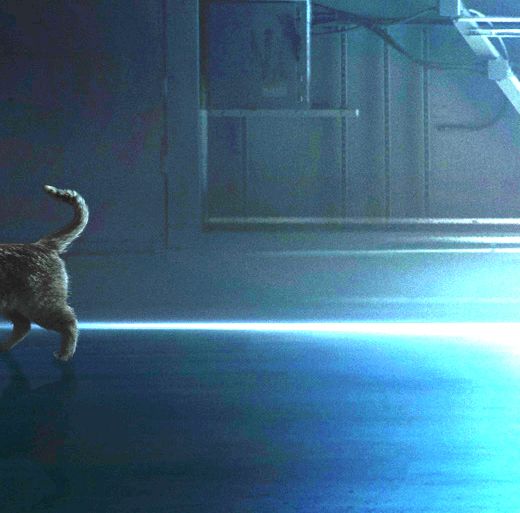 She punched a Skrull, more likely.

I have high hopes for this.

Also, I expect a bunch of fanboys will whine about it not being as-good-as or just-pandering-to or whatever because of a female lead and it’ll sully a bunch of it for people and I am so sick of that aspect of internet fandom. Such opinions can already be found in the Youtube comments (an exemplary outlet of forward thinking commentary).

Who cares. I feel like people start to take ideas like THAT off the shelf as a way of diminishing the resultant production.

“If WW hadn’t succeeded then there sure wouldn’t be other super-heroine movies!” is a fantasy. But maybe the fact that one DID succeed leads us to realize how few there are.

I hope the villain isn’t some kind of god. That’s some lazy writing. Come up with a more interesting villain, already. Really tired of comic book movies where the heroes fight a god, or gods, or god-like creatures, because what could be more ultimate than that?

It would be amazing to get a Black Widow movie.

The best part of super cgi movies is the trailer. After that it’s all the SOS.

I hope the villain isn’t some kind of god

It’s the Skrull and Ronan The Accuser. Potentially other villains might also pop up but those are the two main antagonists that i know of.

Did I see Jude Law? I love Jude Law.

Word is he’s playing the original incarnation of the mantle, aka: Captain Mar’vell, and plays a mentor to Carol Danvers in the movie.

Also, I expect a bunch of fanboys will whine about it not being as-good-as or just-pandering-to or whatever because of a female lead and it’ll sully a bunch of it for people and I am so sick of that aspect of internet fandom.

They haven’t gone through all this tie up to the first stand alone female hero movie in the Marvel line up as well as her being the most powerful hero in the MCU plus having witnessed everything from 2017/18 like metoo just to have that be some bad joke or mistake.

She punched a Skrull, more likely.

I’m still holding out for “old lady, but old lady who totally had it coming.”

While this trailer only gives a quick taste of what we can expect, it’s enough for me to feel hopeful for a great movie.