Domesticated is a strong term for how cats and humans interact.

They can also de-domesticate themselves in an instant. Go, Simba, be free!

I like the idea that cats were useful from the get-go, they didn’t have to be domesticated for humans to find them useful. 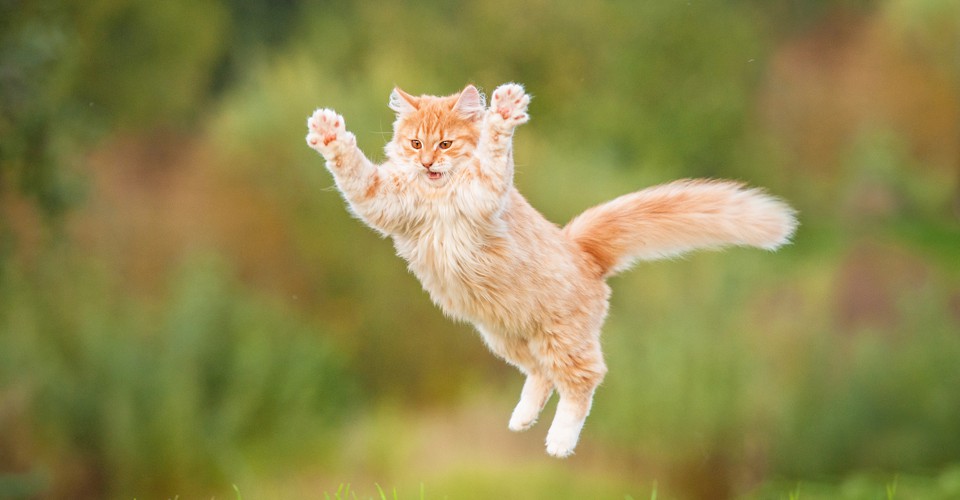 How Cats Used Humans to Conquer the World

Ancient DNA from 209 cats over 9,000 years tell the story of their dispersal.

“I have no idea what you mean,” I say as I open the window to let my cat inside because he’s decided that jumping up on the water barrel and coming in the window is preferable to the door.

Current theory is that wolves weren’t domesticated by humans directly. There was an intermediate form, a slightly-less-wary wolf that adapted to scavenging around neolithic human settlements. Living off of scraps meant they had to tolerate humans to some extent. Humans benefited by having wolf-dogs cleaning up the neighborhood and raising hell when more-wild animals approached.

The pups of these critters could be approached and adopted, and eventually trained and bred. “Got created the cat so that Man could caress a wildbeast.” Victor Hugo

Domesticated is a strong term for how cats and humans interact.

Humans domesticated ourselves and dogs, livestock. Cats tolerate us because we are a consistent source of nibbles.

Cats tolerate us because we are a consistent source of nibbles.

And warm pizza boxes on which to rest.

The traditional quote: “Dogs have owners. Cats have staff.”

they had to domesticate us, first.

Topical synchrondipity! I was just watching this:

Living off of scraps meant they had to tolerate humans to some extent.

Pariah dogs still live like that in a lot of places.