Hey, at least they named a brand of whiskey after him. 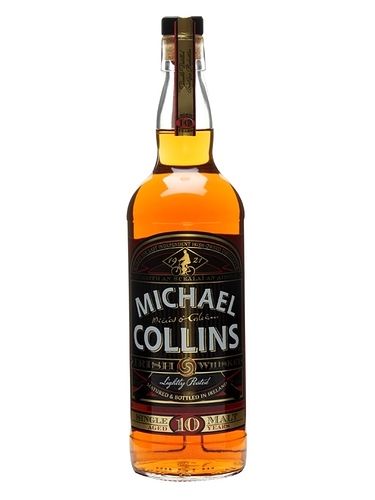 Mike Collins wrote a great book called Carrying the fire and because of this he is my favorite Apollo astronaut.

I grew up following the Mercury, Gemini and Apollo astronauts. Of COURSE, Collins was one of my heroes! He had to keep the taxi revving in orbit or Armstrong and Aldrin never would have gotten a ride home.

“Carrying The Fire” is simply the best book ever written about the U.S. space program. And it’s written by the man himself, no ghosts involved.

I grew up following the Mercury, Gemini and Apollo astronauts.

When I was a kid, I was upset that it was all over seven years before I was born. I didn’t care that it was another country (I still don’t), just having people walking on the moon sounded cool.

I was also allowed to touch part of the Blue Streak rocket when I was 8, which was also cool at the time. It was less cool when I found out what it was for, when I was older.

Indeed! Although often “forgotten,” Collins is one of the most eloquent storytellers about the Gemini and Apollo days. I loved that book and recommend it to everyone interested in space exploration.

As an introvert, the prospect of a day alone in that otherwise crowded Command Module sounds very appealing.

I was once giving a friend a ride to an errand and he just had to pop in and out of a store. There wasn’t any parking, so I said, “I’ll just be the Michael Collins to your Buzz and Neil and drive around the block and come back for you.”

We read the excellent Moonshot, by Brian Floca, around the house often. The other day someone was taking space with the seven year old and she’s taking about the book:.

“I know who went to the moon! Michael Collins and… two other guys.” He’s definitely not forgotten around our house, those other two guys are.