Sounds like collusion with Russia to me. Why won’t these satellites release their tax returns?

Speaking of rockets, look at Buzz Aldrin’s jacket. Just look at it!

Apollo 11 crewmates Michael Collins and Buzz Aldrin came together during a gala on July 15, 2017, to celebrate the 48th anniversary of the historic mission, which touched down on the lunar surface on July 20, 1969.
Credit: Cat Vinton

Badass was coined for him.

I’ve never met him, but I once visited a doctor who had a photo of himself with Buzz. Close as I’ll get to the moon…

Indeed, Buzz Aldrin is a badass; I still have filed someplace the clip of him punching out the moon hoaxer. Every time one of the astronauts passes away, a little wonder goes out of the world, but it will be a larger loss when Buzz dies.

It is pretty hard listening (or reading) moon hoaxers as just an average person.

If I had put my life on the line, strapped my self onto an ICBM with less computing power than an iPhone, followed up with some extremely high stress landing, to walk on another world… I would be extremely annoyed if someone came up to me to say it was fake.

less computing power than an iPhone

Uh. Less computing power than the clock on my car dashboard. The apollo 15 LM landed in a valley with high mountains all around. The flight control system had a terrain model with five points.

Quite recently a young manager at the aerospace company where I worked made a stupid quip about the lunar missions being hoaxed. I suspect he just likes repeat stupid stuff he has heard but these things get compounded from generation to generation.

It is pretty hard listening (or reading) moon hoaxers as just an average person.

I find it hard to believe that all those people are for real. I think they’re just dicks. Like flat-earthers. 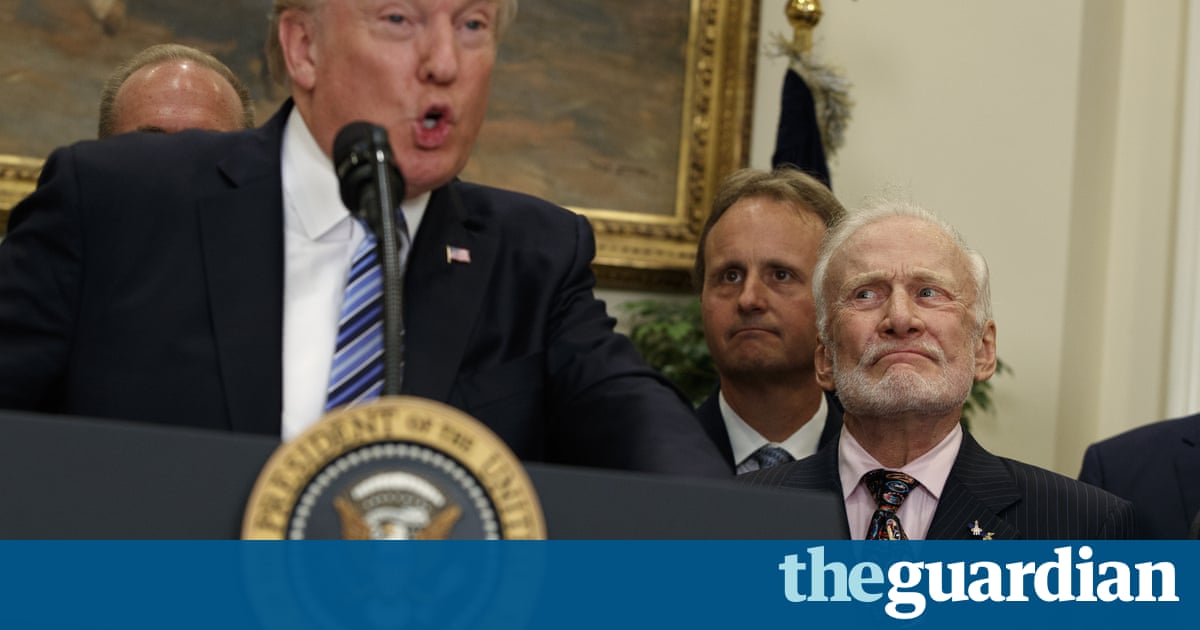 Quite recently a young manager at the aerospace company where I worked made a stupid quip about the lunar missions being hoaxed.

Baby Boomers and Gen Xers should be using stuff like this, instead of something dumb like not buying a house at 26 years old, when they write their “Millennials Suck!” articles.

I love the raised eyebrows like okay son lets see you try doing that 10000 feet up over Mare Tranquillitatis with your flight control system throwing 1202 errors, your remaining 100 seconds of fuel sloshing from side to side in the tank, and a big heap of rocks where your nice flat landing site was supposed to be.

Quite recently a young manager at the aerospace company where I worked made a stupid quip about the lunar missions being hoaxed.

Sounds like executive branch material. I’d be quite surprised if they hadn’t yet made him an offer.

Neat, but I’d suggest opening it in YouTube and running at at 1/4 speed for a better, if less smooth, experience.

Jawdropping. Why don’t we see more footage like this? I thought it would just be a matter of having one of the many satellites pointing at a launch.