Checking on progress at Guédelon Castle, a Medieva-style castle being built from scratch in France

Originally published at: Checking on progress at Guédelon Castle, a Medieva-style castle being built from scratch in France | Boing Boing

This was so fun. Reminds me of Primitive Technology, but with charming French accents explaining the techniques.

I don’t think anyone here is going to be surprised to learn that I’ve been to Guédelon. It really is an impressive undertaking and I’m glad to say it has spawned some imitators.

For some more details on the same project, this is an excellent series, featuring Ruth Goodman and Peter Ginn (of the Victorian Farm series and others). Five episodes, available on YouTube. 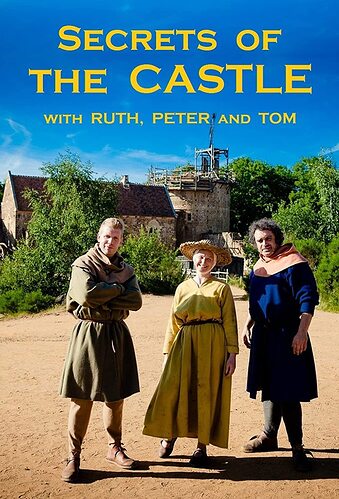 Loved this series. This is how I found out about Guédelon.

So does this make Guedelon the most authentic primitive technology channel, because there are so many live witnesses to its construction?

24m49s “We are not here to collect data on the accident rate of 13th century construction sites.”

I wondered if they helped with the restoration in progress at Notre Dame. It was great to see that they were able to share knowledge about woodworking techniques and tools.

“We already got one.”

I love masonry. I think every town in America should have a castle, for the kids, like a playground.

I wondered if they helped with the restoration in progress at Notre Dame. It was great to see that they were able to share knowledge about woodworking techniques and tools.

Edit: I misread your comment as “I wonder” rather than “I wondered”. Sorry!

I don’t think they’re needed. Every medieval cathedral in Europe has a staff of master masons who do nothing all day but make replacement stones (a Bauhütte or atelier de cathédrale), which are direct descendants of the masonry outfits that built the cathedrals in the Middle Ages. Maybe their carpentry skills will be called upon when it comes to the reconstruction of the roof, though? So you might well be right.

(Yes, I changed my mind while writing this comment!)

Maybe their carpentry skills will be called upon when it comes to the reconstruction of the roof, though? So you might well be right.

Yes, that’s exactly what happened. They say so in the video.

Yes, in hindsight I should have read @PsiPhiGrrrl 's comment more closely. Sorry!

They did! They said in the video that the carpenters from the Notre Dame restoration came to them to learn to square wooden beams with a broadaxe because there are very few people in the world who still know how to do that.

I love this project so so much. There’s a melancholy to it for me also though, in that they started it 25 years too soon for video. If they started it later, every tiny step would be on video which could be shared in endless re-edited documentaries, YouTube videos, and films. I don’t know how much of the early work was filmed, but it would have been on VHS-grade tape at best when they started, so the quality will be middling, and video capture was likely not a documentation priority for them. If started today, they would have a film crew there for every step, I’m sure. Video today is treated as a first class documentation citizen in a way that it wasn’t in the 1990s when they started.

I guess the flip side is that, because they started 25 years ago, all of us here will likely be alive to see it finished!

The good news is that there are several projects starting similar endeavours, including a Carolingian monastery.

Campus Galli is a Carolingian monastic community under construction in Meßkirch, Baden-Württemberg, Germany. The construction project includes plans to build a medieval monastery according to the early ninth-century Plan of Saint Gall using techniques from that era. The long-term financing of the project is to come from revenue generated from the site's operation as a tourist attraction. The construction site has been open for visitors since June 2013. The Carolingian monastery town is being c...

ETA: I should also mention the Caithness Broch Project 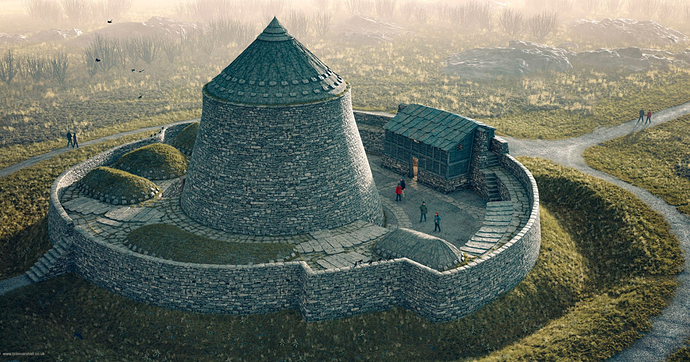 We are Caithness Broch Project. Join us on our journey, as we recreate one of the most dramatic prehistoric monuments ever built - the enigmatic broch of Scotland!

If you’re into Ruth Goodman’s work (and material culture research in general), check out this podcast interview with her: 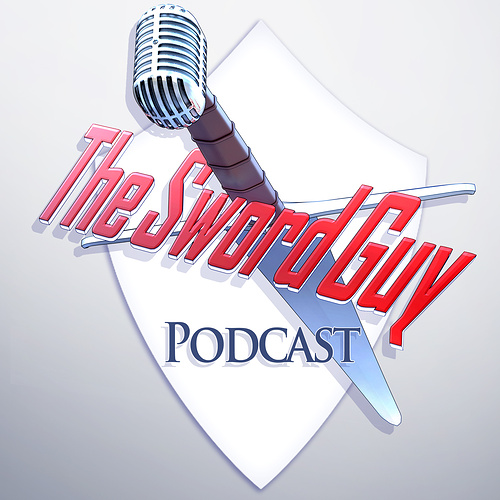 Fire and Cauldrons, with Ruth Goodman

The Sword Guy Podcast, episode 44 Ruth Goodman is a social and domestic historian working with museums, theatre, television and educational establishments. She has presented and consulted on several highly successful television series for the BBC....

Thanks. I’ve seen a lot of Goodman’s online programs and read her book How To Be A Victorian, but I wasn’t aware of that. I’ll listen to it next chance I get.

If Ruth Goodman hasn’t been named as a National Treasure in the UK yet, she should be.

every tiny step would be on video which could be shared in endless re-edited documentaries, YouTube videos, and films

As an example, the BBC has re-cut some of the footage from Secrets of the Castle to make it easier to show in schools and fit into lessons:

Hopefully, in that order.