I wish I understood chess enough to enjoy this exchange…

On a somewhat related topic, can anyone recommend an ipad-based chess app for a talented 6 year old?

I wish I understood chess enough to enjoy this exchange

Me too, but there is this explanation. 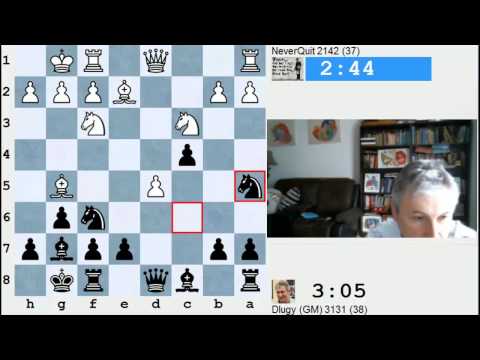 Chess grandmaster gets tricked into a checkmate by an amateur with the username...

that must have been refreshing for someone with that much experience and so many patterns in his mind and games under his belt to stumble into a game with something he hadn’t seen before. had he had his guard up he likely wouldn’t have been taken by the trick, but he dove into the trap intentionally to see what it was all about and was quite pleasantly surprised at both points in the trap.

i really enjoyed watching this exchange.

Probably because it lets things like this happen. Also, if you’re going online as a very highly skilled player and you’re playing whoever will step up, this cuts down on/mitigates the annoyance of rage-quitters and guys who are just plugging your move into their computer chess program.

Considering TrickyMate is from Azerbaijan, I wouldn’t be surprised if it’s actually Shakhriyar Mamedyarov, a.k.a. “The Shak”, known for winning World Rapid Chess championships and playing unusual openings, in particular the Budapest Gambit.

I would doubt it, unless he’s just intentionally having fun and willing to accept a very high number of losses as he plays.

Someone pointed out on the Reddit thread that the trap is “objectively” a terrible move. A chess computer analyzed black’s Bishop-B7 (which sets up the trap) as putting black several points behind. In other words, in a serious match, if the GM had gone with his correct instinct (“this is a trap”) and played conservatively (instead of his delightful thought process: “this is a weird trap! I’ve never seen it before! Let’s go jump up and down in it and see what it does!”), white’s current positional advantage is strong enough that it’s as if he had already taken a couple of black’s pawns.

This is what makes it a “trick” rather than a useable opening: it relies 100% on the other player falling for it (which very few players would do in a serious game), and puts you in a terrible position if they don’t.