Well, just when I think I can’t be shocked anymore by stories of US police abuses - especially in Chicago - another story comes out.
I’m trying to think of an appropriate response, but all that comes to mind is the storming of the Bastille…

I find that the most disturbing news stories about how the United States blatantly violates their own constitution usually come from news agencies based in a different country. That to me is equally as disturbing as this story.

One of the consequences of the overall loss of investigative journalism in the US. It’s downright terrifying.

Yeah, I would have told you yesterday that I couldn’t be surprised by anything a US police department would do, but a local police force with their own black site? It’s hard to get your head around. Killing people, beating people, leaving people naked at the edge of town - none of that would surprise me because it’s all actions taken by individuals who can be written off as “bad apples” if their actions come to light. But having a site sort of makes bureaucrat involvement hard to deny. I guess they figure they are just totally immune to any consequence.

Well, I understand that most US news media are always worried that they’ll lose “access” if they report things like this. I don’t know why it’s worth not reporting the truth in order to keep “access” to people who use you to spread their lies, but I assume it involves money.

To whatever extent this report is true, lots of people need to be prosecuted, and even more people – probably including some Chicago-based so-called-journalists and the relevant editorial staff – need to lose their jobs. It’s unlikely that any of that will happen, but it should.

I have to wonder, were any community organizers… guests?

God, I’m NEVER going to Chicago for a visit again. And I wanted to see the Museum of Science and Industry someday.

Perhaps if tourism plummeted after this, something would change. But I doubt either will happen.

Here I was thinking NBC’s “Chicago PD” was fiction, not a documentary.

Yes. Follow @prisonculture for more. Per her reporting, young black and brown Chicagoans have known about this place for years.

Chicago’s police have definitely learned that they’re immune to consequences - look at how many decades groups of cops got away with systematically torturing confessions out of suspects, and how few cops were only eventually prosecuted. It clearly wasn’t happening in a vacuum, and it showed what cops could get away with.
Now I’m wracking my brain trying to think of what the police could possibly do to top everything that’s already been revealed - running their own secret gas chamber?

I look forward to its inevitable rebirth as a subplot on The Good Wife.

At this point, exactly what separates the reality of the modern-day United States from the Soviet Union at the height of the cold war?

Any of this is simply symptomatic of a nation sliding increasingly towards totalitarianism.

Not that the US has made it to a pinnacle of liberty. There have been, however, a great many hard won advances, though all of these advances are threatened. As it stands what perhaps is most ugly about these moves towards hard totalitarianism is that the advances themselves are used as a thin guile cover for the decline. It is kind of like human sacrifice. The more good something is, the more powerful it becomes for destructive uses.

So, sadly a lot of people believing like a religion they are doing good are actually just on the lower end of the wave that is sweeping them up in the worst of it all. They are the base and supporting of the ugly end of the top of it all, where the “good” is just sarcastic irony said for the pleasure of the deepness of the lie of it.

Somebody remind me why we’re supposed to be afraid of ISIS?

North Lawndale…say no more. It’s a war zone, at least as much because of the police as because of any gang/drug activity.

It’s far removed from any area of Chicago that a tourist would visit.

Lots of hyperbole and bombastic knee jerk statements in this thread about the Chicago PD.

There are problems in the Chicago PD, but it’s like anywhere. There’s some bad apples like anywhere, but on average the police are decent folks who care about people, and doing their jobs fairly.

I’ve had many interactions with the Chicago PD over the years (even have one friend on the force). My own anecdotal evidence is that for the most part, they don’t want to cause trouble for anyone that isn’t causing trouble. Even so, you usually (more on that shortly…) are not getting hauled in without ample warnings to knock it off. I’ve been to many a wild party in my misspent youth where the police showed up due to noise complaints (some where there was obviously underage kids drinking)–no arrests, ever. My impression has always been that they have bigger fish to fry most of the time.

I have little doubt that bad orders come from top brass when it comes to protestors. Chicago doesn’t have a reputation for corruption for no reason. I also don’t doubt the existence of this black site, which I am sure is (un?)officially sanctioned by the Mayor’s office, and dates back to one Daley or another.

Regarding the Chicago police thinking that they are immune to consequences, this is no different than any other story of alleged police conduct; the police take care of their own, no matter what, no matter where they are. This isn’t a behavior that is unique to Chicago or any other police department.

If anything, there is a lot of training they have to go through in order to not constantly get sued. Nevermind that they are constantly getting sued anyways. Case in point: My Chicago PD friend was called to a scene where a huge german shepherd was running around attacking people. It had cornered a mother and child on top of a car. The dog came at him, and he shot it dead. The owner sued, despite being the guy who let his crazed dog run around and attack people, and the PD settled out of court rather than risk a formal judgement against them, even though the officer on site did everything by the book.

Getting back to the black-site talk…to say that tourism would be impacted is silly. You’re not going to run afoul of the law as just some guy wandering around the loop/lakefront, minding their own business.

(Just stay off the green line late at night…) 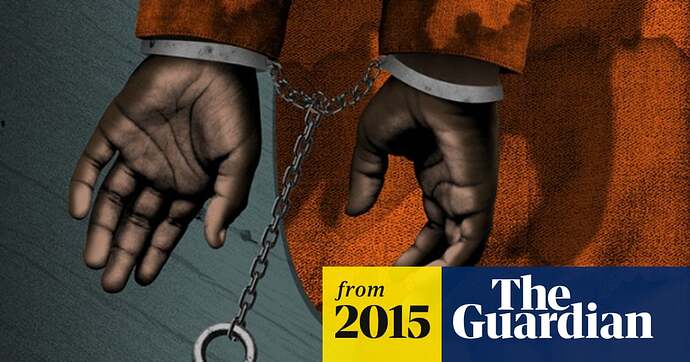