But remember all but the very worst adopted parents are better than a childhood spent in state’s care.

This is not necessarily true, and is a dangerous assumption to make. The glorification of adoptive parenting makes it very hard to look objectively at how to support children whose families cannot take care of them, either temporarily or permanently (usually for financial reasons, but also due to illness; abuse is not a major cause).

The international organization SOS Children’s Villages is an excellent way for anyone to support children. They are number one in the world, for good reason, and even in the U.S. most of us here will have a local chapter to get involved with.

There are better alternatives than the either/or we’ve been lead to believe are the only options.

This is not necessarily true, and is a dangerous assumption to make.

I base that comment on actual real data - there is no assumption involved. I gotta go provide treats, so no links right now.

Basically in aggregate the best parents are biological parents, second best are adoptive parents, third best are fosters, dead last are institutions. Individual variation is less than you think, too.

If you aren’t intending to suggest that a refusal to create children is unnatural and bad (as most people reading will associate with “karma” unless clarified), then you need to clarify.

I thought I had clarified in my post - I am of the Buddhist school that believes that all actions, including chosen inactions (Krishna’s address to to Arjuna in the Gita has more on this) create karma. Karma is neither good nor bad; it is just an expression of maya, illusion.

The Buddhist solution is that suffering is part of maya - illusion - our perception of the universe is fundamentally flawed, and our lives are made difficult because we drag behind us karma - the mental baggage that we carry away from events, good or bad. I’m not sure that the Buddhist answer is morally adequate for Westerners, but it’s a lot closer to the physicist’s universe than that of the humanities graduate. To be controversial, you could say that humanities are pure unadulterated karma.

Whenever we make a conscious decision, we deviate from “being natural” and so acquire karma. Most of us go through our lives acquiring it and we have the idea that there are good and bad experiences and we should try to have more of the good ones. It is difficult to hold onto the concept that this is illusory, but that’s what Buddhism is about - trying to perceive the reality behind maya.

The tl;dr of this is that I obviously failed to make my point clear enough. I do not in any way regard the decision not to have children as in any sense “bad” - it is a decision I might have made myself in other circumstances. Unfortunately you and @girard seem to have missed the three words “good or bad” in my post and drawn a completely different interpretation from the one I intended.

Mine had her first night terror on Saturday night. This is our first (and only) kid and she’s not yet two. We had no idea what was going on. I didn’t know it was night terror until the next day. I had no idea she was still asleep as she had her eyes open and was walking/running. We called after hours nurse and they called an ambulance for us, because they could hear her screaming over the phone.

Of course, by the time the ambos have arrived, she’s fully awake, very calm with no memory of what happened and thrilled to have two new people in the house to play with. All at one o’clock in the morning. They checked her over, said all was ok. We all got back into bed (well, not the ambos). And that was it.

Now that we know what they are we know what to do next time, which is to make sure she’s safe, ride it out and avoid touching her. Touching them in the middle of a night terror can make it so much worse.

Wouldn’t be the first time on here!

So you didn’t go into to the bedroom with your Halloween masks on then?

No, but I’m sure it wouldn’t have helped. Sadly, Halloween isn’t really celebrated in Australia. That is changing, though. I still had a bit of a brunch of Sunday morning with themed food, Rocky Horror and the moustache game.

Good, I personally can’t stand it or Bonfire night either, scares the crap of the dogs.

Thanks for taking the joke how it was intended, at least someone’s got a sense of humour around here and must ask my family in Australia about that, it’s never come across in conversation and I thought you did.

We had no idea, either! Our other two never did this. It was so incredibly scary.

I think I still want to, but the stakes seem to be quite higher than I previously realized.

Louis MacNeice:
I am not yet born; rehearse me
In the parts I must play and the cues I must take when
old men lecture me, bureaucrats hector me […] and the beggar refuses
my gift and my children curse me.

I think some mechanism resulting from natural selection has ensured that many of those of us with sufficient emotional detachment and intelligence to appreciate in advance what is involved in having and bringing up children would opt not to do it, thus removing that constellation from the gene pool.
My father has seven great-grandchildren, in the UK and the US. The number is likely to increase before long. He spent the best part of his twenties fighting fascism, his big worry is that they will have to do it all over again. That’s an abstract worry compared to most of the others, but for anybody with Jewish family members there’s an added dimension of worry.

T S Eliot (The Dry Salvages):
Fare forward, you who think that you are voyaging;
You are not those who saw the harbour
Receding, or those who will disembark.
[…]
At the moment which is not of action or inaction
[…]
And do not think of the fruit of action.
[…]
So Krishna, as when he admonished Arjuna
On the field of battle.
Not fare well,
But fare forward, voyagers.

(At the time he wrote this Eliot was in London in the Blitz, acting as a fire watcher when most people were in shelters. ) 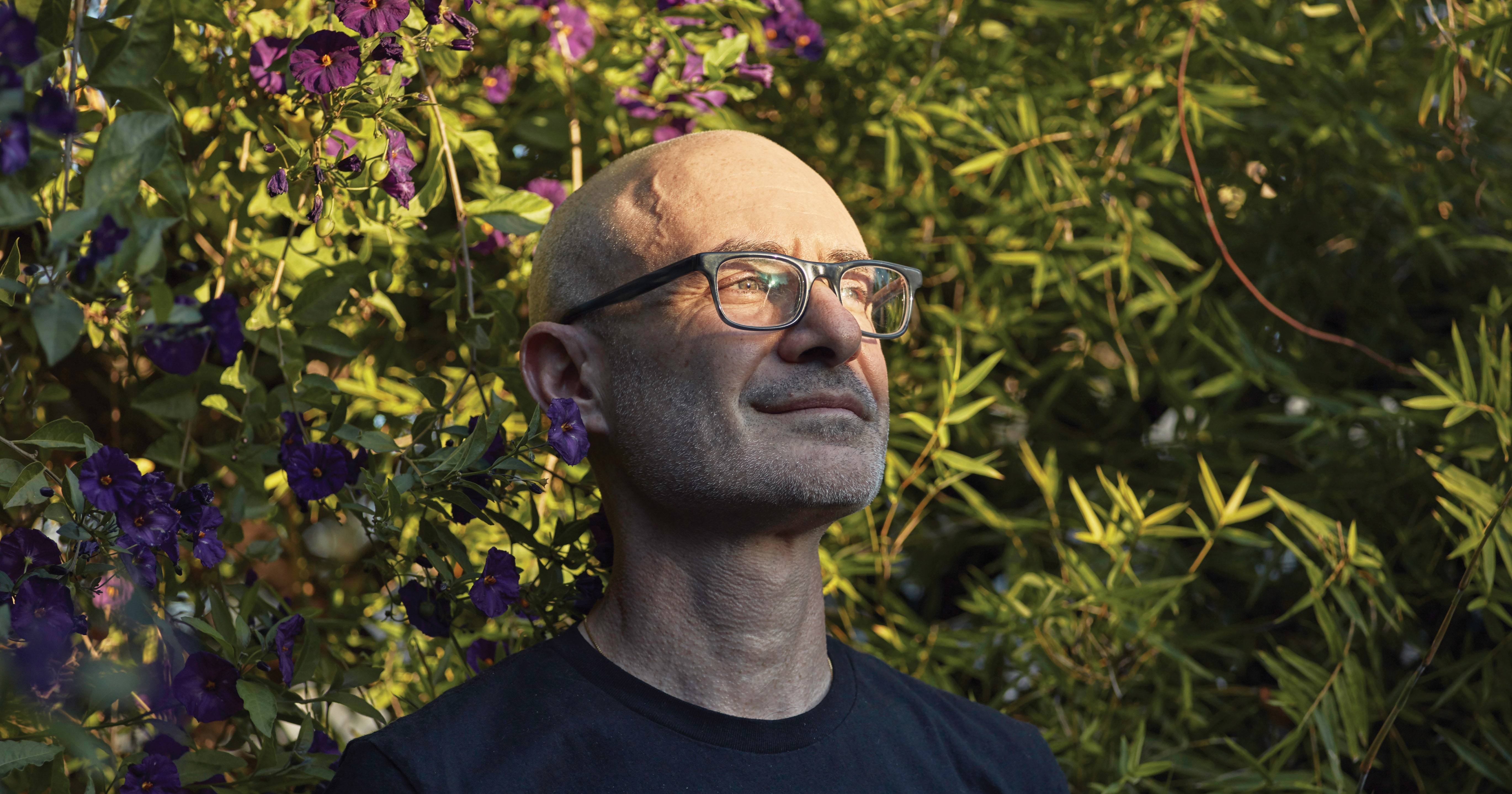 What Silicon Valley Can Learn From Buddha's Diet

Zen and the art of building the future.

Not particularly. It’s focussing on an irrelevance.

Okay, maybe there’s something specific about parenthood that I’m just unable to get, because that sentence parses to me as “Yeah, hot chocolate sucks because hot chocolate is warm and creamy and delicious.”

At that moment, the little girl’s life stopped and her world turned upside down. The long wait in the line, imagining what the ice cream would taste like. That first taste and the anticipation of more to come. Nothing could comfort her at that point. Her brother looked on and clutched his cone closer to himself, suddenly realising his tenuous grasp on his own ice cream. But even though he could comprehend something of the gravity of the situation, he couldn’t share his sister’s pain. He still had his ice cream.

The father turned to his daughter and explained that many children don’t have ice creams, that some people don’t even want them, and they have fulfilling trips to the park. Who are we to judge them for their different choices? After all, he reminded her, ice creams are ephemeral and hers was doomed from the moment it was handed to her. Whether or not it had fallen to the ground, ultimately she would have finished it or it would have trickled through her fingers within the next ten minutes. Why even buy ice creams if it gives so much potential for pain and suffering?

Unfortunately, the girl was deaf to her father’s wise words. To her, the loss was greater than if she had never been given an ice cream at all, and the fact that it was a particularly delicious ice cream made it worse.

The few times I’ve met people with healthy relationships with their adult parents, it’s been very much the exception to the rule. I suppose people from “broken families” (stupid term, it’s not the family that’s broken, it the family that suffers) have an easier time finding each other than we do finding healthy adult children of healthy adults.

Yet stories like these this one somehow paradoxically give me some sort of hope for the future. Sure, it’s good that parents can rediscover hope after something so aweful… but even that they are willing to talk about such awful things in public: that’s something my parents would never be so honest about, and that’s a big part of what I’m trying to recover from.

This topic will be opened for three more days.

This topic was automatically closed after 3 hours. New replies are no longer allowed.