“In one attack, the hackers weaponized an electronic file with a letter that had a note of condolence from Cardinal Pietro Parolin, the Vatican’s secretary of state.”

There’s more to be concerned about than just Beijing snooping in on the pope’s wafer and wine supplies. The CIA and Vatican City had a working relationship that went as far back to the cold war. You might want to consider this as an possible counterintelligence action against the US too. 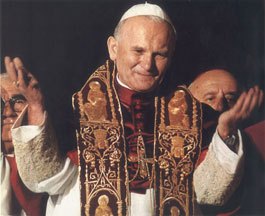 Their Will Be Done

From the Archives Let the pope keep the kingdom and the glory -- the CIA wants the power.

The spying is not surprising. But until they stop forcing electronics manufacturers to “partner” with the ruling party and the military (and until they stop proudly selling their surveillance systems to other authoritarian regimes), China will keep damaging its own export economy with this behaviour.

China will keep damaging its own export economy with this behaviour.

And if house prices and vocal inflection in my corner of

are any indication, those who have made any

at the game know this, and are ensuring they have a pied-à-terre well out of reach of the CCP.

This, of course, leads to other other games being played.

yet another thing to worry about when hiring… totally unfair to the true immigrant, of course… but you’d be crazy to ignore the danger.

Someone forgot to bless his laptop.

Whenever I read “penetrated” and “Vatican” in the same sentence, I automatically assume it’s a story about pedophile priests.