Wouldn’t it be more efficient to just implant them in people? It’s an awful idea, but it seems like where the world is headed… :-/

Why bother implanting them when you can just persuade people to carry them around at all times.

Why bother implanting them when you can just persuade people to carry them around at all times.

That still makes it technically optional, and noninvasive. Implanting people with tracking chips at birth like we do our pets ensures the lack of choice as well as a complete lifelong lack of privacy. 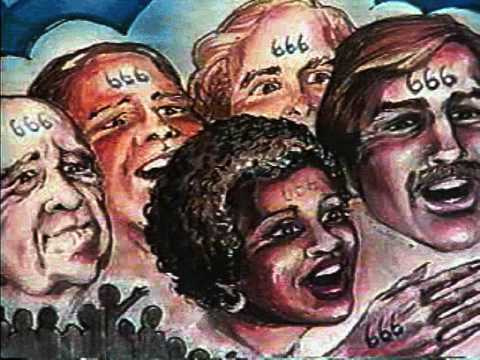 several of the baptists i went to school with had pamphlets with that illustration, how funny.

I for one do not welcome our new Chinese overlords or the wannabe overlords taking close notes as to what China gets up to.

Maybe it’s the childhood pentecostal influence still affecting me, but the very idea of forcibly being marked in any way gets my hackles up.

I for one do not welcome our new Chinese overlords or the wannabe overlords taking close notes as to what China gets up to.

China Hell, I’m worried that we’re next with this bunch slugs in control of the government

This bunch of slugs are some of the leading wannabe overlords - there is no doubt about that.

I suspect that, unless you have suitable connections or a supply of palm grease available, official tolerance for “gosh officer, I had no idea it wasn’t working or why!” is limited.

If the engineers are just feeling passive aggressive knocking out the transponder will leave you waiting indefinitely at traffic lights, automated gates, and anything else that used to try to sense cars and now just queries for transponders; if the authorities are feeling less indulgent they’ll just (correctly in this case) identify you as the root cause of the fault and apply percussive maintenance.

The move also would promote the domestic development of an RFID chip industry, it said, signaling that only chips made by Chinese companies would be used under the program.

I’m not too sure how well RFID would work in a faraday cage like a car. Though I guess transponder would just be placed on the underside of the car.

It certainly doesn’t sound GPS based, but just actively detecting the RFID tag as it goes by, so there’s no way to retroactively trace where a car had been (besides looking at previous records).

But it would be interesting if the car detector loops in the pavement could be modified to detect the RFID tags. At least in the US, there are those loops all over the place, so it would be just a matter of upgrading the electronics and not much more hardware to install. Though I guess fuzzyfungus already implied that.

I’m not sure those loops are conducive to being used at typical RFID radio frequencies, but if it’s kept within China, they can use whatever frequencies they want.

official tolerance for “gosh officer, I had no idea it wasn’t working or why!” is limited.

I interpreted his suggestion as being to fry them en masse, not just to burn out yours.

Wouldn’t it be more efficient to just implant them in people?

Not yet, apparently. The current system scales up to hundreds of millions, of cars, i assume, by looking at the scale it’s rolled out on. So, maybe it would work on people, in a country with a smaller population, ~350MM or so?