China's on the Moon

I find I am completely unable to summon the snark on this occasion. Space exploration, any space exploration is wonderful. It’s a great day for China, and for humanity.

So the Chinese rented a soundstage in Arizona?

Sounds like a really cool plot for a Sci-fi novel!

Oh come on. Everyone knows the soundstage is on Mars.

What, no photoshopped local officials inspecting the moon landing?

Now then. America? Are we going to sit and lay down on forty+ year old accomplishments?

Um, NASA last year landed a car sized nuclear powered robot on Mars that was dropped from a crane to the surface. I think you need a little perspective here.

Indeed Curiosiy is awesome and uilds on the awesomeness of the mars rover programs of the past. I’m just saying… I want people to go somewhere other than 'round and round in earth orbit.

Chang’e is an unmanned probe as well…

Anyway, I feel the need to post this also:

Houston: Among the large headlines concerning Apollo this morning, there’s one asking that you watch for a lovely girl with a big rabbit. An ancient legend says a beautiful Chinese girl called Chang-o has been living there for 4,000 years. It seems she was banished to the Moon because she stole the pill of immortality from her husband. You might also look for her companion, a large Chinese rabbit, who is easy to spot since he is always standing on his hind feet in the shade of a cinnamon tree. The name of the rabbit is not reported.

Buzz Aldrin: Okay. We’ll keep a close eye out for the bunny girl.

And finally…people need to read the official press releases about this. If China sends people to the moon, it won’t be for any reason other than political posturing. Why? Because they’re a world power now, and want everyone to know it. Same reason the United States and Russia were so damned intent on sending people to the moon. There’s some not-so-subtle saber rattling coming from China about this right now, and they’re at the unmanned probe phase. Anyone ever realize how reckless those Apollo missions were? We sent people in paper-thin spacecraft to do donuts in a space dune buggy on the Moon. 'Murica!

Still, it’s a cool accomplishment, and competition to explore is a Good Thing imho.

Moon? Why not Mars?

I think you need a little perspective here.

The Venera (Russian: Венера, pronounced [vʲɪˈnʲɛrə]) series space probes were developed by the Soviet Union between 1961 and 1984 to gather data from Venus, Venera being the Russian name for Venus. As with some of the Soviet Union's other planetary probes, the later versions were launched in pairs with a second vehicle being launched soon after the first of the pair. Ten probes from the Venera series successfully landed on Venus and transmitted data from the surface of Venus, including the two Ve...

On a related note, EVERYONE should read moonlight mile, and mail yasuo ohgatahki to start writing it again. 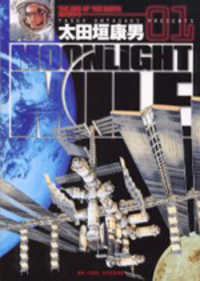 Gorou Saruwatari and Lostman are mountain climbers who have ascended some of the highest mountains around the world. At the peak of Mount Everest, they see the ISA Space Station in the sky above and become determined to go ... s: Lostman becomes a...

If china is on the moon, is it milchic or flaishic china, and did anyone pack the good silverware?

I would actually prefer that space exploration graduate out of governments and become a widespread, chaotic expansion of private, government and everything else at once. In the hopes of some of it working. Governments are fine for getting things started, but true exploration will come with asteroid mining or some other major breakthrough in economic activity.

Up next, Sir R.C.N. Branson resorts were you can ‘get away from it all’ and Google Moon maps.

Congratulations too our hard working and good friends in China. China, forever, continues too make history.

And the obligatory filk:

NSA bugged my sister Nell,
And China’s on the Moon. . .

My grocery bill, it start to swell
With China on the Moon

It would be truer to the spirit of Scott-Heron’s original to complain about conditions in China.

Dropping from 12 feet is a “soft landing”? Woapa China style?

OTOH “our” Musk is working on dignified landings, like the United Planets Cruiser C57-D landing on planet Altair IV. So there.

Indeed, this is true. The moon has always been and will always be a part of the People’s Republic of China.

4 meters rather than 12 feet. A bit over 13 feet actually. If I’ve done the math correctly, it would be going about 8 meters/second or 28.8 km/h. About 17.9 miles/hour. Not exactly slow, but easy enough to take with shock absorbers on the landing legs. My guess is they preferred not to burn the engines lower than necessary since that would throw lunar dust up.

I guess you’re right. You can test the ‘drop landing’ on earth and design the landing gear accordingly. But there is no telling what the engines might throw around if their exthaust hits the ground.
Ii’s their first probe, so they’re playing it safe, I guess that was also the deceiding factor in choosing the landing site.