LIE DOWN WITH DOGS WAKE UP WITH FLEAS

A now-fixed bug in Ios caused Chinese-localized Iphones to reboot any time the user tried to enter the character combination for a Taiwanese flag or the word “Taiwan”; the bug was caused by Apple’s China-only censorship and surveillance software.

That’s no bug. That’s a feature! 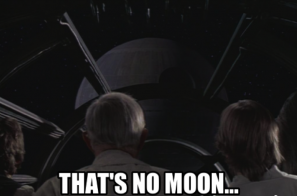 For a superpower, China is awfully insecure and petty.

One of the Chinese government’s most sensitive no-go zones are the separatist movements that agitate for independent home-rule in Taiwan, Tibet, Xianjing and other territories.

Um… last I checked, Taiwan has had “independent home rule” since Chiang Kai-shek fled there in 1950. Actually they’ve been a completely independent nation since then. Mainland China has a major bug up its butt about Taiwan, but it’s most decidedly not the same as the one they have about Tibet et.al.

Sensationalist headline that is no longer accurate, some very basic facts about the world presented in an utterly garbled manner that makes one wonder what alternate reality this blogger grew up in: yep, Cory Doctorow is back, all right.

Hey Barney! We got another one for The List!

the separatist movements that agitate for independent home-rule in Taiwan

We usually call that the government of Taiwan.

Things that have walls for 300 Alex.

Mainland China has a major bug up its butt about Taiwan, but it’s most decidedly not the same as the one they have about Tibet et.al.

For now. If the PRC thought they could install their own government in Taiwan without causing a major international incident with the US and its Asian allies, there’s an excellent chance they would and they might anyway if Taiwan stops operating on the world stage under the restrictions the PRC has placed on it. The PRC claims sovereignty over Taiwan, and reserves the right to use military force to “reunify”, for which purpose it maintains a concentration of PLA bases directly across from Taiwan along the Straight of Taiwan. Xi, who has effectively set himself up a General Secretary for Life, doesn’t currently seem interested in Putin-esque revanchism and even met with President Ma in a historic first, but Xi hasn’t altered the official policy of the PRC.

Actually they’ve been a completely independent nation since then.

Not quite. While Taiwan has its own government, the PRC prevents it from being recognized under international law, which is a huge part of sovereignty.

without causing a major international incident starting a shooting war with the US and its Asian allies,

Of course, with Trump in charge of the US, all bets are off. This probably is causing a lot of sleepless nights in the government and military of Taiwan right now.

While Taiwan has its own government, the PRC prevents it from being recognized under international law,

Mainland China and Taiwan both claim to be the legitimate rulers of all of China, including the island of Taiwan. Each will throw a major snit if any country they have diplomatic relations with recognizes the other as a legitimate independent nation. Nixon flipped the script on which of the two countries gets to sit in the chair marked “China” at the UN and gets to have formal diplomatic relations with the US.

But since China and Taiwan are both economically mighty enough that it’s insane to not have trade relations with them both, this has created a lot of diplomatic headaches for every other country and international body, who all have to find linguistic circumlocutions that enable them to tiptoe around the issue of which one of the two gets to call itself “China,” and how to refer to the other without making anybody upset. Like the (still ongoing in 2018!) state of war between Russia and Japan, It’s one of those inconvenient and cumbersome states of affairs that makes diplomacy such a challenging profession.

But if we are not talking about diplomatic niceties but the practical functional definition of sovereignty, they are both in every way that counts fully independent and sovereign nations, with their own currency, army, etc. Unless you’re Cory Doctorow.

But if we are not talking about diplomatic niceties but the practical functional definition of sovereignty, they are both in every way that counts fully independent and sovereign nations, with their own currency, army, etc.

Again, those linguistic circumlocutions have serious legal ramifications for international law, so it’s more than mere semantics. Other than that, we agree.

I once worked for a firm which did business with both China and Taiwan. At one point we had staff from both countries on site so we went to a lot of effort to separate them. They had their own parts of the building and their own access. Then at lunch time employees from both sides would leave the building, meet up, and have lunch together, no doubt swapping tips and ideas.

Admittedly, the status of Taiwan is one of those cases where the diplomats try so hard to AVOID conflict that they embrace a bizarre fiction rather than RESOLVING a dispute. I am reminded that during the cold war, the West maintained the fiction that West Berlin was not part of West Germany, instead constituting “occupied territory” to be administered by the four powers under the Yalta agreement. Until the wall fell, US Military personnel received the “Army of Occupation”* ribbon if stationed there.

*AKA the “Welcome to Berlin” ribbon.

the status of Taiwan is one of those cases where the diplomats try so hard to AVOID conflict that they embrace a bizarre fiction rather than RESOLVING a dispute.

Sometimes it’s pretty much impossible to resolve a dispute. Other times you have to wait decades for certain powerful people who harbour grudges to get old and die. The viewpoint of diplomats is, almost certainly, that bizarre fictions are by far preferable to escalating tensions that could lead to a shooting war.

The Republic of China.

Taiwan (/taɪˈwɑːn/ (listen), UK also /-ˈwɒn, -ˈwæn/), officially the Republic of China (ROC), is a state in East Asia. Its neighbors include the People's Republic of China (PRC) to the west, Japan to the northeast, and the Philippines to the south. It is the most populous state and largest economy that is not a member of the United Nations. The island of Taiwan, formerly known as Formosa, was inhabited by aborigines before the 17th century, when Dutch and Spanish colonies opened the island t...

Yeah well, I don’t have to accommodate China’s conquest aspirations towards Taiwan, nor Taiwan’s fading delusion of being the government in exile of all China.

Well, Taiwan still should be in the UN as a nation.

That would require an adult in the room to tell them both to sit down and behave, and adults in the room seem to be an endangered species these days.

The whole list thing seems unnecessary, when Boingboing.net could easily be reprogrammed to crash whenever the username of a dissident disappointed user is typed.