It’s beginning to smell a lot like Satan, everywhere I go…

Actually, this action of theft seems like appropriate behavior, per Anton LaVey:
"There is a beast in man that should be exercised, not exorcised.”

It’s not without its aesthetic qualities, but it’s a bit garish for a tree-topper; there was probably a lot of structural support needed to keep it there, I reckon.

Experimentation would be required to see if a similarly-elaborate angel would also be a target for vandalism.

I would have a hard time not stealing it. it is magnificent.

Staring down at Joseville, the Grinch popped his eyes!
Then he shook, what he saw was a shocking surprise!
Every Satanist down in Joseville, the tall and the small,
Was chanting! Without any goat-heads at all!
He HADN’T stopped Antichristmas from coming! IT CAME!
Somehow or other, it came just the same!
And the Grinch, with his grinch-feet ice-cold in the snow,
Stood puzzling and puzzling: “How could it be so?”
“It came with out ram’s blood! It came without candles!”
“It came without pentagrams, altars or vandals!”
And he puzzled three hours, till his puzzler was sore.
Then the Grinch thought of something he hadn’t before!
“Maybe Antichristmas,” he thought, “doesn’t come from a temple.”
“Maybe Antichristmas… perhaps… means being less judgemental!”
And what happened then? Well…in Joseville they say,
That the Grinch’s small mind grew three sizes that day!

The Satanic Temple is not affiliated with The Church of Satan.

It would be so damn funny if it was stolen by other Satanists. “What the eye seeth and the heart desireth, let the hand boldly sieze!”

Is this one of those “Catholic vs. Protestant / Sunni vs. Shiite” things?

Sort of, but not really. More like deism vs. theism.

I hate to victim blame, but I’m going to.
There are some things that shouldn’t be left outside unattended.

Sacred relic? All the Satanists I know wouldn’t have any problem at all with somebody stealing the tree-topper and would likely be more bothered by somebody claiming it’s a sacred relic.

More like “Catholicism vs. Flying Spaghetti Monsterism.” Satanic Temple is the political gadfly group (with the awesome t-shirts) doing the Lord’s Work in separating church and state. 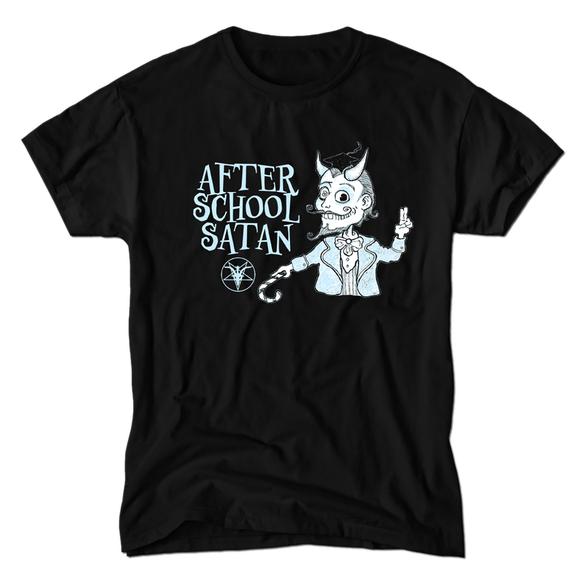 I agree, it’s quite stunning.

Baphomet is the reason for the season!

Aren’t they both atheist?

There are some things that shouldn’t be left outside unattended.

a) It was attended, and b) you mean like all the other decorations that are out there?

Baphomet is the reason for the season!

More than Christ, certainly. I’m always amused by the “Jesus - he’s the reason for the season!” because that’s demonstrably not the case.

More than Christ, certainly. I’m always amused by the “Jesus - he’s the reason for the season!” because that’s demonstrably not the case.

Eh, I don’t know if you can say that. Yes, it was tied originally to a pagan holiday, but for a long time Christmas was primarily a Christian holiday celebrated by Christians, even if some of the traditions were borrowed from other places.

Stuff like this is organic and changes due to cultural differences and various traditions intermingling.

Certainly one can say it isn’t the ONLY reason for the season.

I among many others would love to have that statue. Wouldn’t worship it and have to keep it out of the sight of my many religious relatives. Can you imagine the fun your pals would have using it to curse the opposition while watching the sports.
Complete madness putting it in a public area, like decorating a tree with $100 bills.