The Taliban will have to update that saying of theirs: now the Americans have neither the time nor the clocks.

This is obviously fake news. So obvious it’s not even funny. The photographer should be “retired” if you know what I mean.

I hate “Forrest Gump” but there’s a famous quote from that movie that’s applicable to the Trump Administration, sort of a variation on the Biblical “you shall know them by their acts.”

Is drumpf really to that point?

edit: Wow. He really is.

Eh - this really is a nothing burger. In a country where terror bombings are really are a thing, a degree of OPSEC is prudent. Obfuscating where a secret meeting is, and when, is important. Taking out a clock that would confirm when it was, might have an impact if terrorist groups were following government movements. If they can confirm they saw these SUVs at this time, around the time on the clock, they could discern who was in there for next time.

So while Afghans who released the photos thought taking out that detail might be prudent, evidently the Americans didn’t. But there isn’t really a right answer there, as I could see a case for it not being an important detail to remove. And, unlike other things, this has nothing to do with Trump. And the government is known for inconsistencies like this, as they aren’t a super ominous entity controlling everything with false flags, but regular people just bumbling through.

I’m not sure which is more sloppy, the photoshop effort or the fact that the original image got out into the wild without scrutiny.

The Americans need the clock to know when it’s last call for alcohol.

I think “bumbling” is the key word. It’s yet another instance of the administration compromising the security of our allies.

Knowing the president and other senior leaders will be on the road for 90 minutes to a known location when senior U.S. officials visit is a big security risk. Presumably that’s why the Afghan government (as well as our own embassy) wanted the public to believe the meeting was in Kabul.

The U.S. Embassy knew well enough to coordinate their statement with the Afghan government, but the State Department media office didn’t coordinate releasing the photos with the U.S. Embassy. That’s what happens when you try to run a government on a skeleton crew.

That’s what happens when you try to run a government on a skeleton crew.

Eh - not sure the state dept is a skeleton crew.

The thing that gets me is that the Stalinist manipulation was competent and purposeful and effective until it was exposed. Whereas the Afghan manipulation is incompetent, indifferent and instantly ineffective.

Why does it keep happening? Something Dunning-Kruger-esque about it. The people doing the work can’t see why it fails, because there is nothing selecting against failure anymore.

Then you haven’t been paying attention:

How the Trump Administration Broke the State Department 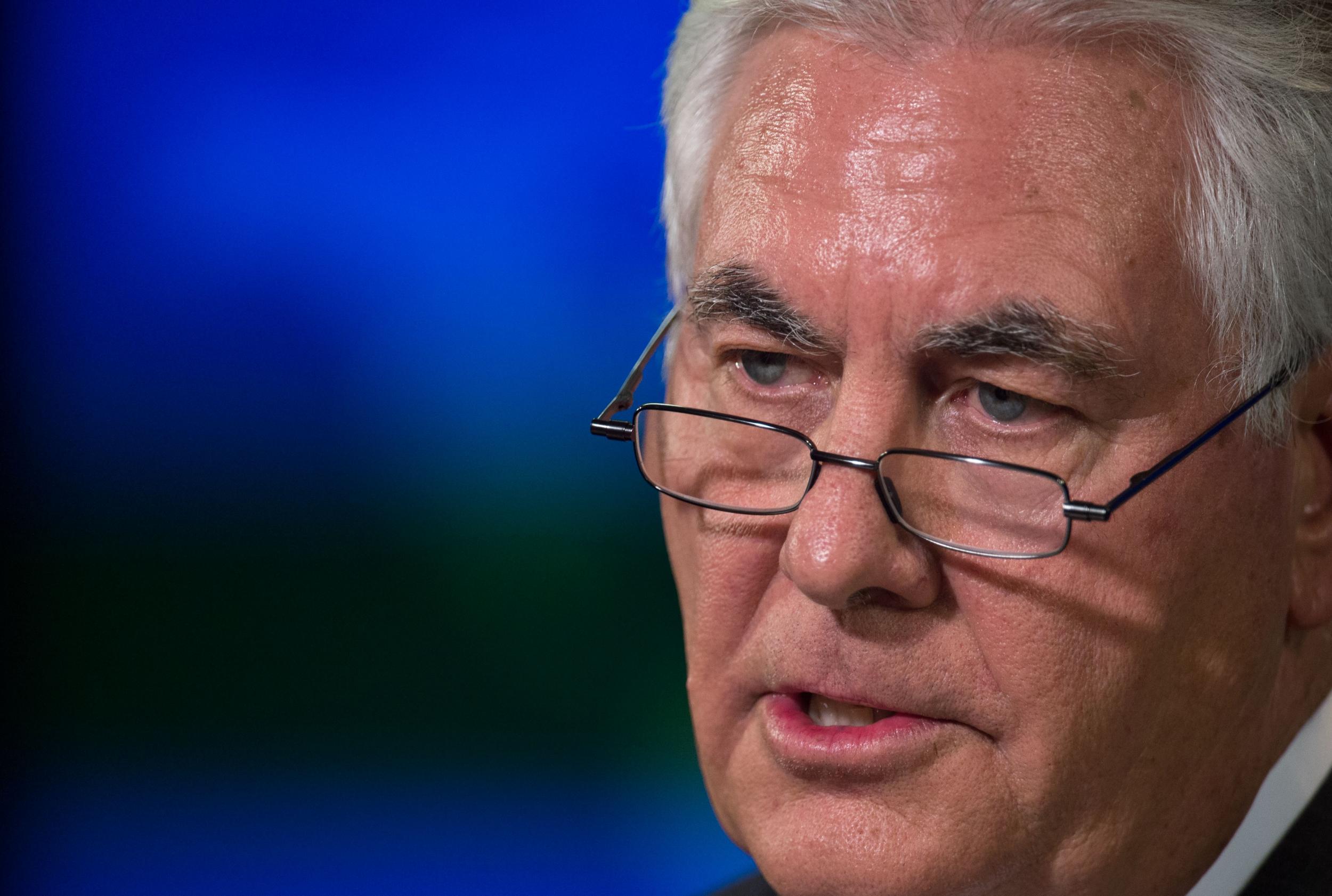 The Trump administration has failed to fill almost a third of all senior posts...

'Those gaps will be exploited by our opponents,' Senator Jack Reed says

I think the US State Dept media office are the incompetent ones here.

Why is it incompetent to try to keep your enemies from knowing when you will be on the road?

They’d clearly coordinated the location disclosure with the U.S. Embassy in Kabul, but they got stiffed by Tillerson’s media people.

I think with Stalin, part of that was people really wanting it to be effective. I can’t believe that people didn’t know some of the stuff that was going on behind the scenes, but since this was a case of an actual communist state, that people were pretty desperate for it to work out and to be what they wanted it to be. Even after Stalin died and the USSR began to disavow much of what he did, there were still some hardcore people who continued to embrace Stalin.

So, maybe it’s less about appealing to all of us and more about appealing to the base? People who are going to believe Trump are probably going to do so no matter how hamfisted his attempts at manipulation are. So it’s like double dunning-kruger, in that both the administration and their hard core backers believe they are as clever as they think they are - and that those of us on the left are the real “morans”…

Notice anything else missing? Like, say, the STRIPPERS DANCING ON THE GIANT PALLET OF HEROIN IN THE MIDDLE OF THE ROOM? Yeah, both sides decided to shop that out. #wakeupsheeple

there is nothing selecting against failure anymore

Once i’ve stopped crying i’ll write this down somewhere. This is so true and so scary.

But why remove the fire alarm? In the article, it mentions that the manipulation was obvious because the power cable running up the wall just fades away.

Leaving the fire alarm would have at least given an excuse for that cable to be there.

Sorry, but all my fucks for the day were given before 10AM local time. I am wa-a-y-y-y beyond being amazed by anything the Trumpleforeskin Administration does.

That clock never existed after it went down the memory hole.