There were simply too many cameras around to get away with it, at least in the sense of resolving public ambiguity about what happened.

Well put; it’s still possible that the killers will get away with it in the sense of not being punished in any way. In fact, it’s practically certain.

Israel is an Apartheid run country, until they end that, the Palestinian people are shooting targets.

But what would you do if someone threw rocks at your well-fortified fortress walls that used to be the rock-thrower’s living room!?!

Israel is committing Genocide against the Palestinian people, how anyone can define it as anything else is just lip service bullshit.

There were simply too many cameras around to get away with it,

They have and they did before and they will again.

This was never an apparent crossfire. It was an apparent murder right from the first moment before the Israeli army started spreading the fog of war around.

I’m an Israeli who doesn’t like the government and thinks that the occupation of the west bank and Gaza is terrible (mostly for the palestinians, but also for Israel). I can see why you would say that it’s genocide if you only hear one side of the story.
But while Israel certainly isn’t OK in the way my government treats the palestinians, this isn’t genocide. Not even close.
It’s a nasty, sticky, awful situation, and there seems to be no solution in the near future. People are dying on both sides of the border. Multiple innocent Israeli citizens were killed in the last few weeks, murdered by terrorists while shopping at the mall and while sitting with friends at a restaurant.
It’s easy to think there are good guys and bad guys, and that things are clear cut. But this isn’t the case here.
That said, I hope whoever killed the journalist will be found, and brought to trial. It’s a heinous crime, and I’m ashamed that there are soldiers that are capable of such a thing in the army.

But while Israel certainly isn’t OK in the way my government treats the palestinians, this isn’t genocide. Not even close.

In the present Convention, genocide means any of the following acts committed with intent to destroy, in whole or in part, a national, ethnical, racial or religious group, as such:

Do you really think the confinement, the blockade and miserable material conditions, the constant destruction and killings, and continuous confiscation of land that ensures conflict will continue don't meet that definition?
12 Likes
Mindysan33 May 25, 2022, 6:50pm #10

That said, I hope whoever killed the journalist will be found, and brought to trial.

Look to your own government in this case, which has been essentially dominated by an extremist party for a good long while now. Those orders came from above. Under Netanyahu, all the work that Rabin died for has been entirely undone, thanks to the direction Likud has taken under his leadership. And the reality is that a majority of your fellow citizens seem okay with an apartheid situation in their own land and are fully in support of Greater Israel and in pushing out any Palestinians from those lands (or letting them live in an open air prison).

Multiple innocent Israeli citizens were killed in the last few weeks, murdered by terrorists while shopping at the mall and while sitting with friends at a restaurant.

And how many Palestinian Children were killed for existing? Or are they terrorists for throwing rocks at IDF soldiers? 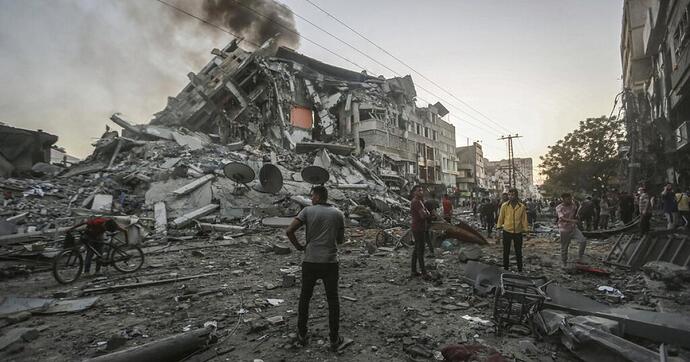 And yes, groups like Hamas are benefitting from the state of affairs as well, but Israel has pretty much all the cards and are in the position to push for progress. As long as Israeli citizens are willing to support a right wing government whose position is “greater Israel” rather than a two-state solution or some other means of giving Palestinians what they (and ALL human beings) are entitled to (a state, full citizenship, or something along those lines), a resistance will continue to occupation, because there is no other alternative in the minds of most people.

ALL Israelis and ALL Palestinians deserve full human rights, safety, security, and freedom. Currently ONE of those groups do not have it.

and continuous confiscation of land that ensures conflict will continue

The Israeli government (and to a lesser extent Hamas) benefit from the current state of affairs… And let’s not forget how the US saw Islamic fundamentalism as a counterweight to more secular, left-wing, militant movements like the PLO and had some hand in the creation of said organization… 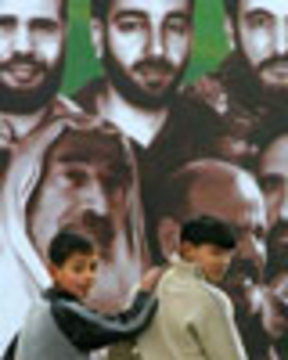 How Israel and the United States Helped to Bolster Hamas

As Hamas wins an upset victory in the Palestinian parliamentary elections, we take a look at the little-known rise of the militant group with investigative journalist Robert Dreyfuss, author of the new book “Devil’s Game: How the United States Helped...

The reality of how Hamas came to power is much more complicated than people understand. If nothing else, @Nira_Shimoni-Ayal is correct that almost no one comes out of this with clean hands and it’s not “black and white” as some like to pretend. And the people who suffer are the everyday ordinary people. It’s just a shame that far too many Israeli citizens continue to vote for a right wing government that is making the situation work rather than working towards a peaceful solution.

Note that their “evidence” is testimony from people living there–and thus completely useless because they wouldn’t dare say anything but what the government wants them to say.

And note the arrangement–the Palestinian forces, the Israeli forces and the reporter were basically in a line. Thus a Palestinian firing at the Israelis who misses is sending a round in her direction. 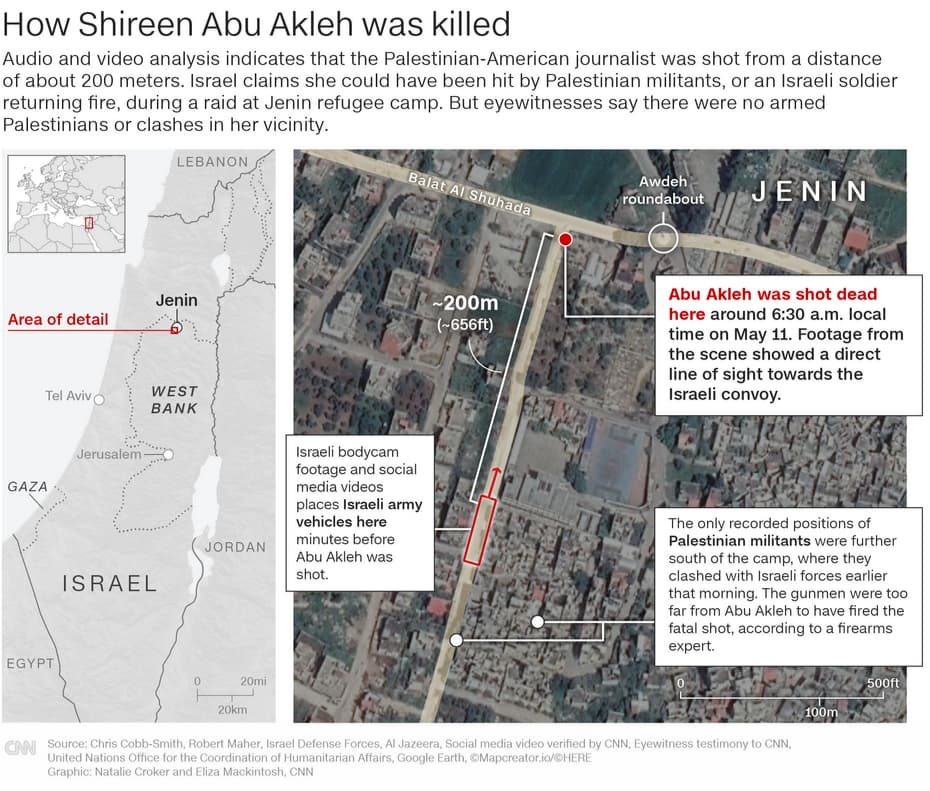 On the day of the shooting, Israeli military spokesperson Ran Kochav told Army Radio that Abu Akleh had been “filming and working for a media outlet amidst armed Palestinians. They’re armed with cameras, if you’ll permit me to say so,” according to The Times of Israel.

Or maybe she shot herself with her non-existent weapon? /s

Note that their “evidence” is testimony from people living there

Very suspicious that people from Angola were not on the scene to comment.

So - you can only trust witnesses who didn’t witness the killing.

Wait, what place is populated entirely by people who cannot be trusted?

Wait, what place is populated entirely by people who cannot be trusted?

Everything Palestinians say is a lie, huh?

Virtually all “news” out of Palestinian controlled areas is what their government approves.

And you think Israel doesn’t play a ROLE in that? Are you seriously trying to suggest that an open air prison isn’t being controlled by the prison guards? You really have this situation twisted. No, Hamas are not heroes here. They are in fact, right wing Islamists who have not been particularly good on the old democracy front. But they did not create the current situation all by themselves. Stop pinning the blame solely on Hamas and look at the larger picture here.

Even a western reporter wouldn’t dare tell the truth if they (or their station) wanted to go back in the future.

And yeah, there is PLENTY of criticism of how Hamas rules within the confines of the occupation - especially from Western media. Don’t try to white wash this. She was shot and killed by the IDF. That’s it.

So, since being in a warzone means witnesses can’t be trusted, should we just disregard all of those reports of war crimes coming from Ukraine, Syria, and so forth?

Virtually all “news” out of Palestinian controlled areas is what their government approves.