CNN's anti-abortion reporter gets crushed when her nonsense is challenged

Originally published at: CNN's anti-abortion reporter gets crushed when her nonsense is challenged | Boing Boing

Preaching to the choir here, but 90% of abortions occur by week 12 and later abortions tend to be ones in which the fetus is unviable or the mother’s life is in danger. Who is going to endure 9 months of pregnancy and just say, “you know, I changed my mind”? They’re arguing against the rights of a woman to take some pills when the fetus is smaller than a plum and has no cognition, sentience, or extra-womb viability by pretending women are getting abortions at a full stage of development.

Note the classic right-wing trick of saying “Democrats want <bullshit>” and the whole issue gets lost in trying to dispute <bullshit>.

later abortions tend to be ones in which the fetus is unviable or the mother’s life is in danger.

Exactly. I am in favor of people having the option for a late term abortion because no one is waiting that long on a whim. People that have an abortion in the final trimester aren’t doing it for birth control purposes. These poor people have likely been looking forward to having that child, probably already have a name, and everything else. (In many cases, that fetus is already essentially dead.)

Well, how are they supposed to win the argument if they can’t demonize their opponents as baby murderers?

In many cases, that fetus is already essentially dead.

Or, as blew the whole show up in Ireland, the fetus is dead and starting to decay. At which point it has to be removed (better yet before decay starts, ideally when viability is impossible). Otherwise the septicaemia will kill the mother as well.

“God can save them both” is not a viable care plan.

Her comment “Democrats are fine with abortion right up until delivery” is standard conservative hyperbole garbage, the DNC platform has always been clear: abortion should be legal, safe, and rare. And if the GOP were OK with birth control and sex ed then we’d have far fewer unwanted pregnancies.

There’s some sort of pro-control-of-other-people in there too. That’s what things all seem to boil down to in their essence is control and power.

I think it’s a good idea to have opposing views in these sort analysis. It’s a shame that right wingers go unopposed on Fox News. Yea I’m liberal and I’d like to see the radical left defend their choices. Bernie Sanders does a good job of it. And if the left is wrong, fine, let’s figure it out.

Forced birth is no more acceptable than forced sex.

ETA: And both are about control and power, as RobJ noted. Also, I agree that “pro-life” is a misnomer. As is “Christian” for a large (and larger every day) number of Xians.

Nice (and accurate) use of ≤

Based on this and other reporting I have no idea why CNN is considered left wing media.

We should also be asking them at every turn why they don’t also support comprehensive sex education and free contraception because they are PROVEN to end the need for abortion.

These poor people have likely been looking forward to having that child, probably already have a name, and everything else. (In many cases, that fetus is already essentially dead.)

Prompted me to look up what happened to that American woman in Malta. (Air lifted to Spain)

‘If you love or are a woman, don’t go to Malta,’ say couple in abortion drama

After her ‘babymoon’ became a tragic medical crisis, Andrea Prudente wants to use her story to oppose bans on abortion

That should be challenged with “Name one Democrat who’s said they want .” If they try to keep on with the general statement, “If you can’t provide a single example to back up your statement, I have to believe that your statement is bullshit. Go take it out to the pasture.”

And we should also let neo-nazis and Klansman pontificate on issues of anti-black racism in America… you know, for balance… /s

Human rights do not have “two sides” to explore. The ability to make medical decisions is a human rights issue. Full stop. Anyone who says otherwise is lying to you, and you should push back very hard on that.

I’m glad the speaker did push back. Another thing I want to see among folks is avoid using Malthusian and Eugenics arguments for abortion. It’s not okay to say we need abortion because we’ll have too many “useless eaters” or that some people will be born with Autism or Down Syndrome as if those things make such people less than others. I’ve had this discussion on the bird hell site a couple days ago where I think the other pro-choice person wasn’t quite understanding why such talking points are bad as they are the talking points of the so-called pro-life crowd (many are pro-eugenics and Malthusians believe it or not). And as such, no such rhetoric needs to be used in jest or in seriousness as a means to protect the bodily autonomy of anyone who wants an abortion.

Another thing I want to see among folks is avoid using Malthusian and Eugenics arguments for abortion. 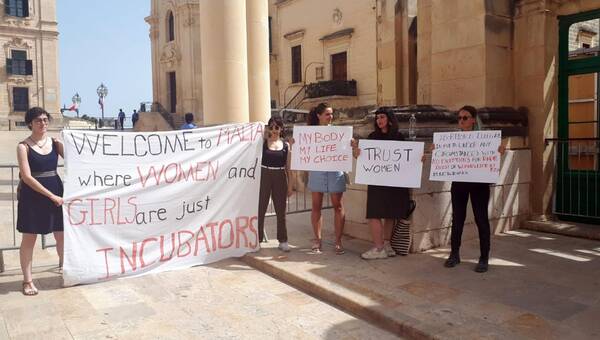 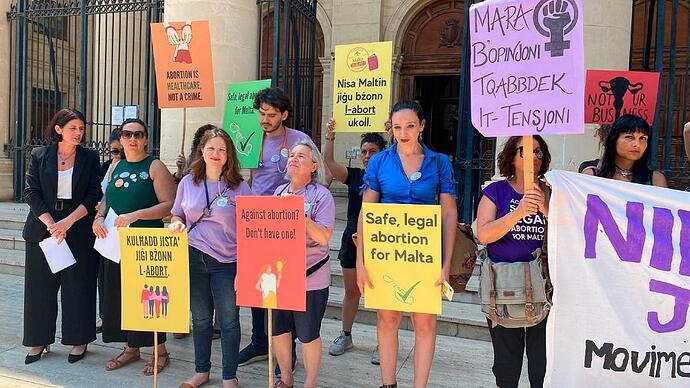 A new court filing argues that Malta’s blanket ban on abortion is failing to protect women's health and is putting doctors in impossible situations.

Another thing I want to see among folks is avoid using Malthusian and Eugenics arguments for abortion.

Which is not to say that it wasn’t used to limit population growth at the time. Famine in a subsistence economy one more child means that others in the family die (if you’re lucky not too many).

We tend to forget what an anomaly the last couple of centuries have been. Especially in the Global North and doubly so in the USA – as long as you’re whatever passes for “White” in your time and place.