So, on N. K. Jemisin’s Facebook page, she asked

What’s the internet name for false equivalence? (e.g. “Jemisin called [Vx Dy] an asshole! Why, that’s just as bad as saying women should be raped, scarred with acid, and genitally mutilated!”) I mean, “false equivalence” will do, but I keep hoping there’s some cutesy new label for it like “seesaw tipping” or something.

She was asking in the context of the current Hugo controversy, because the various Sad/Rabid/etc. Puppies are fond of this tactic, but it’s also a favorite of Gamer Gators (“You claim that someone from GamerGate threatened to find your address and come there with a gun, but someone from your side said they hope I die in a fire!”), the Republican Party (“calling people racist is much worse than actual racism!”), the Christian Right (“making me offer insurance that will pay for birth control is like making me kill babies personally! And far worse than not being able to afford contraception!”) It’s the hyperbolic version of “the other side does it too!”

The relevant Bible verse is this one: “How can you say to your brother, ‘Brother, let me take the speck out of your eye,’ when you yourself fail to see the plank in your own eye? You hypocrite, first take the plank out of your eye, and then you will see clearly to remove the speck from your brother’s eye.” But “planking” is taken, and stupid, and “specking” doesn’t really evoke anything.

What is needed, really, is a term as evocative and on-point as “dog whistle” - “a reference only certain people can hear.” So I was heading toward the idea of making something seem like something it is not - duck blinding? Boca burgering? Making vegan cheese?

A friend suggested “vegan beefing,” and then I hit on one I liked, which I hereby suggest:

(Another friend suggested “Tofurkey” but one doesn’t want to attract corporate attention if possible.)

Still open to suggestion, but I would sure love to have a shorthand way of pointing a finger at this kind of bullshit. Does it work for folks? Is it catchy? Does it carry the right implication? COULD IT BE THE NEXT SANTORUM?

(I don’t actually care if it’s the next Santorum.)

This is a good question. It is the political tactic that really defines the mid-2010s. We really ought to have a name for it.

At least now most people recognise that screeching “not all men!” is not actually an argument.

It’s the hyperbolic version of “the other side does it too!”

Wouldn’t that exactly fit in with the Tu Quoque fallacy?

“You criticize the USSR for it’s human rights abuses, but you American’s are lynching negroes!”

Also: I really love the “Vegan Baloney” idea. It rolls off the tongue so well.

It definitely fits in with “Tu Quoque,” and of course as Jemisin points out, “false equivalency” hits it right on the nose, but that description fails to be terribly evocative. “Dog whistle” just perfectly sums up the idea in a pithy metaphor.

And as said by @EcholocateChoco, this is such a favored political tactic these days, we need a way to talk about it. #notallmen was a brilliant, “buzzword-of-the-now” description, but it doesn’t really play to anyone who doesn’t know what a Twitter hashtag is, or #yesallwomen.

Seriously though, if I can manage to remember, the next time I see a brain-dead false equivalency made, I’m going to try out “your argument is a fetid pile of vegan baloney, and ain’t worth the soy it’s made out of.”

(Another friend suggested “Tofurkey” but one doesn’t want to attract corporate attention if possible.)

Dammit, now I can’t get the image of a soggy pile of schmeat falling out of a can and trying to do a jiggly pimp-walk down the block.

This right here is some USDA prime, Grade A vegan baloney: 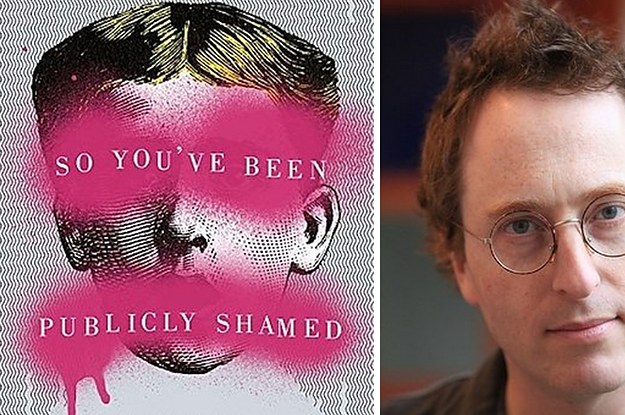 Jon Ronson's So You've Been Publicly Shamed is a critique of the social media shaming plague — but it's really a book that highlights Ronson's own anxieties about giving voice to the historically powerless.

This topic was automatically closed after 674 days. New replies are no longer allowed.