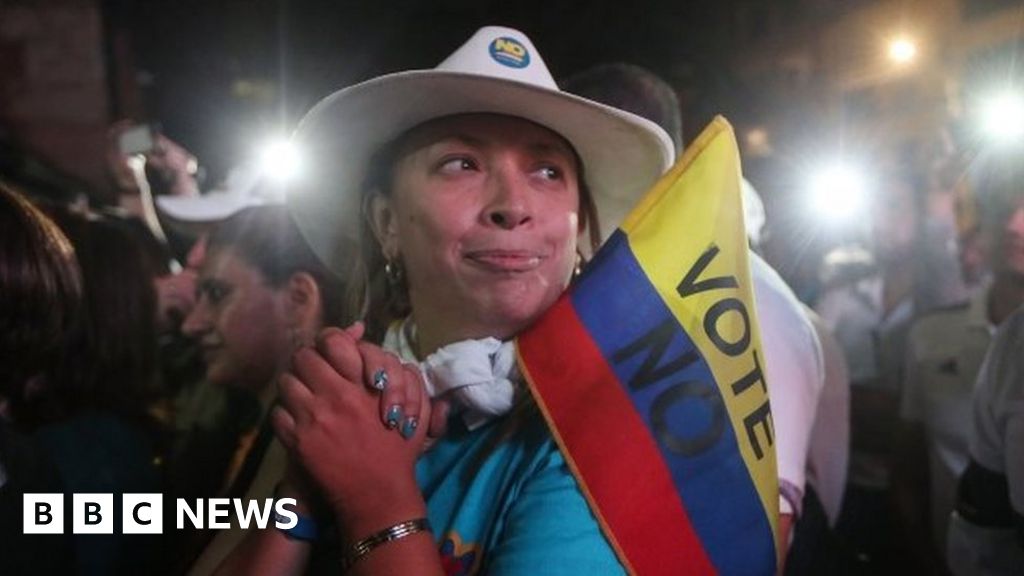 Colombians reject a landmark peace deal with Farc rebels in a shock referendum result, with 50.2% voting against it.

This doesn’t sound like a good thing. Anyone know why they voted against?

Hatred, desire for revenge, the idea that the FARC rebels are getting off too easily and without punishment, dislike for President Santos and his administration, the fact that still-popular former President Uribe is against it. Pick any of those you like, they’re all valid.

I would loosely guess that many were eager for a hasty end to the conflict, but hoping to avoid negotiating solutions which resolved the underlying issues. Resentments spoiling business as usual!

I wish I knew more about this conflict to comment, but what @RatMan said, has a fair amount of merit to it, considering human nature and all. It’s just depressing, though, and yet another example of 2016 just being a shitty year. This seems like a real missed opportunity here and my heart goes out to the Colombian people.

This topic was automatically closed after 138 days. New replies are no longer allowed.