I’m not falling for this. First I buy these and the next thing I know you’re selling me a matching box of paints for all my Allen head bolts!

I’ll stick with mine, all the same color, randomly spread around the bottom drawer of my tool chest, ickily coated in the contents of that tube of something (bearing grease? silicone lube?) that got punctured that one time, under all the other tools that rarely get used like the steering wheel puller, the plastic fork for popping off door panels and the four rolls of electrical tape that each have maybe a foot left on them, thank you very much!

why wouldn’t they color the numbers on the holder to match?

simple things like that are a good indicator as to how much thought and practical use refinement have been put into a product or not.

Ahhh you neat me to it.

Now all I need are colored hex screws.

Okay, I’ll bite. What’s with the ball end? @Medievalist, if anyone would know, you would. All my Allen wrenches are flat hex-ends on both ends, which is sometimes useful for tight corners. What’s the ball-end for?

And hey, @Modusoperandi, what are you doing in my toolbox?!

I could maybe, maybe see this if the colors were in some sort of standard color code order, like resistors, or even rainbow. But they look to be just randomly ordered.

Plus, there would need to be a standard corresponding color code for hex bolts to match…

You can use them at a range of angles not in line with the threads. 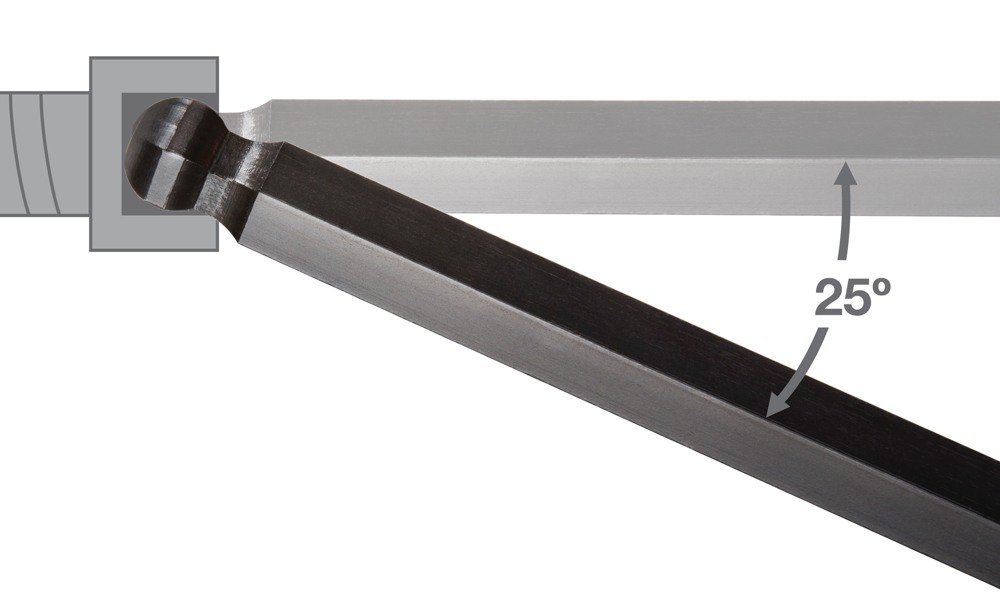 It’s so that you can use them at an angle, for allen bolts which do not present themselves such that they can be addressed head-on. It’s not as efficient, but there are times when it is very useful.

I see someone got there first, AND with pictures!

That’s very interesting. I always thought it was a place to wrap a cord/wire around it to attach it to something. Today I Learned.

I could work with these colored ones. I wrapped a strip of blue masking tape around my 5mm, the one I use the most (these days). What would be cool is legible size-lettering without having to try to get a reflection.

On my long ones with a handle, I tried permanent Sharpie, but that didn’t last.

The good captain has already replied.

I’ve never bought any ball-end ones, personally, because I already have so many of the regular ones the box is full, and may be generating gravitational effects. Other people I know like them, though.

I’ve never even seen them. And though I’ve spun a bunch of Allen heads in my life (a hell of a lot in the past year), I’ve never once had a wrench-approach so off-axis that I couldn’t make one or other end of a standard hex-key fit.

Still, I can certainly imagine a circumstance where a ball-end might be useful. God knows I’ve run into that situation often enough with automotive hex-head bolts & nuts.

Comes in US and metric sets

ok, all well and good, but do the colors come in hex and rgb?

I tell them apart by their size. Is that not popular anymore?

Honestly … it is the best set I’ve had in 35 years of stripping bolts.

Personally I don’t like ball ends on allen keys, I prefer to have dedicated ball drivers with screwdriver handles. They are pretty much mandatory for situations like a vacuum flange where there is often a wall right next to the hole that prevents you from rotating a regular allen key more than 180 degrees. You use the ball end driver to advance the screw until it is snug with the ball driver, then use an allen key to turn the last half turn to tighten it fully. You don’t want to put too much torque on the ball end driver because it will round out the screw head. That is why these allen keys have the ball end on the long leg but not the short leg.