Costco co-founder to new CEO: "If you raise the effing hot dog, I will kill you."

It means they’re willing to break even or even take a loss on hot dog sales because they create other benefits for the company.

I’m still sad about my favorite sandwich place in LA more than quadrupling the price of their coffee back in 2012. Wasn’t doubling the price in the 1970s enough?? 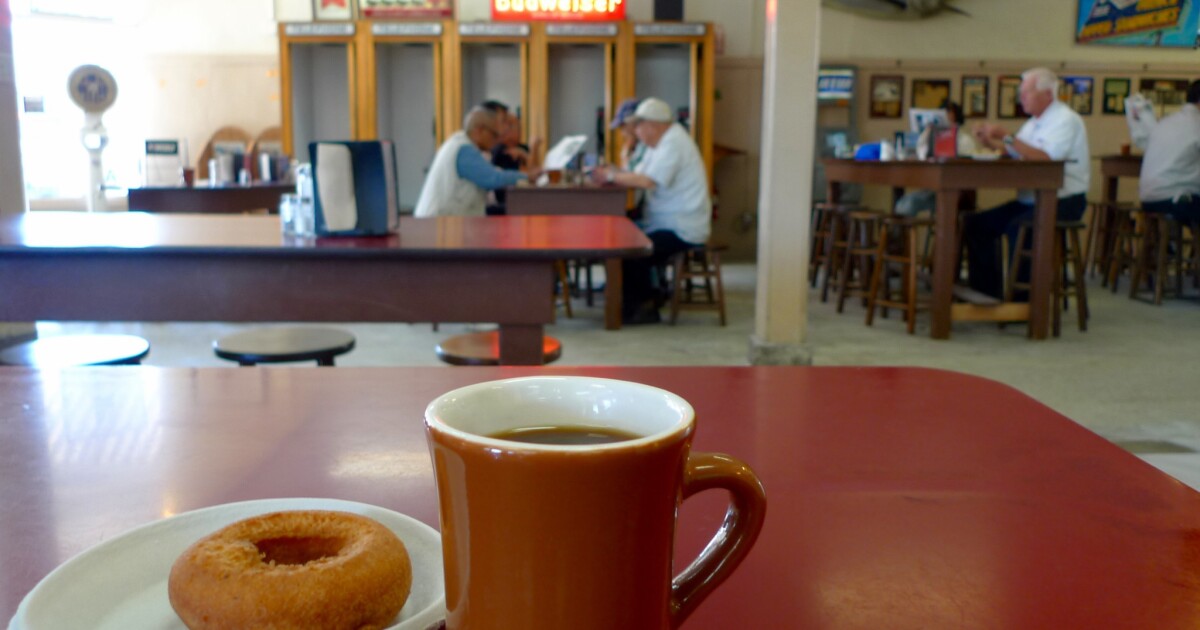 The joy of 45-cent coffee at Philippe's

Walk into Philippe the Original, the French dip institution on the eastern edge of Chinatown, at any time of the day, but especially the morning, and you'll notice a few things.

Costco hot dogs are like the Swedish Meatballs of the IKEA world.

Costco hot dogs are like the Swedish Meatballs hot dogs of the IKEA world.

Ikea had 1€ Hot Dogs for years now. Curiously they too never raised their price.

The IKEA hot dog has established a bit of a following over the decades, many shoppers claiming they can't leave the store without getting one. But how well do you know the story of the IKEA hot dog? Time to find out.

Don’t touch the veggie ones though. Not a good experience.

Gentle reminder: The site has a search function.

Would that dollar be worth it for the better staffing?

This relates back to the fight over the ACA. I don’t remember the exact figures cited, but the owner of Papa Johns Pizza made a big stink about how he couldn’t afford to provide health insurance for his employees, because he would have had to raise the price of each pizza by 10 cents (more or less) to cover his costs.
How fucking stupid and short sighted is that? Instead of gaining the appreciation of every employee, making his stores better places to work, and preventing the government from having to cover injuries and illnesses for those employees through Medicaid, he claimed that a 10 cents per pizza increase in cost would make him lose money.
And ultimately, his ignorant statement caused him to lose his position as CEO.

There are things that can be absolute, and then you have to fit in around that. Other things sre seen as variable, so things get stretched.

When I stopped eating animals in 1979, I knew I would never revert. I suppose it helps that I was 19, so I hadn’t done much in the world that I’d miss. But people thinking about giving up meat often wonder if they can live without this or that.

I’ve never had a driver’s license either. So all decisions are made without cars, while I’m sure for some people, they’d take up driving if it became inconvenient to not have a car.

The Costco founder decided they needed the $1.50 hot dog, so all decisions revolve around that.

Great example of a “loss leader” in retail.

Maybe, but the strong implication of…

By having the discipline to say, ‘You are not going to be able to raise your price. You have to figure it out,’ we took it over and started manufacturing our hot dogs. We keep it at $1.50 and make enough money to get a fair return.

…is that they actually managed to reduce costs so they aren’t losing money, just not making the profit other places do off of selling them at “market value”.

I could be mistaken though, maybe it really is a loss leader and “fair return” is actually “gets enough people to come shop at CostCo/is a major factor in people deciding to renew $100ish yearly memberships” or something like that.

and scheduling people for 40 hour shifts that are decent lengths - would drive up the cost of your meal by 50 cents to a dollar.

That makes employees into full time employees which triggers a ton of extra regulations that have enforcement costs in and of themselves and many also have direct costs (like a health care requirement). So I expect that 50 cents to a dollar is a significant underestimate. Or at least maybe since Starbucks does pay insurance (I think after a year’s employment maybe), and while they have high prices they sure aren’t sky high.

if you had a choice between two stores - one staffed with enough people to feel confident in the workload, being paid enough to want and value the job they are doing, and more importantly, worried about the quality to ensure they keep the job.

Yeah, you can feel the difference if you go to CostCo or Starbucks. Or more obviously compare Starbucks inside a Target store (which gets staffed by Target employees) v. a “real” Starbucks store.

I generally prefer the place with the employees that actually give a crap (which tends to have higher prices, but doesn’t always), but as you say they don’t always exist.

The Costco I went to had fountain beverages at the hotdog counter. A lot of potential profit right there. Because if they didn’t have the cheap hotdog I wouldn’t even visit the counter, where I’m likely to also order a drink.

I thought the $1.50 includes a drink, it is the $1.50 hot dog and soda combo. The soda doesn’t add much to the cost, but it does eliminate the possibility of selling $0.20 of sugarbird water and cup for $1 and adding $0.80 profit to the transaction.

Ikea had 1€ Hot Dogs for years now. Curiously they too never raised their price.

But do they come with unlimited refills of soda?

Question for any long-term Costco hot dog eaters here: Has the quality of the dogs changed over the years? (I don’t expect it to have gone up.)

It also helped him lose his position when he made racist AF statements.

Honestly, when they switched from the Hebrew National franks (which are pretty damn tasty, and the only name brand that I buy) to their own Kirkland dogs, I believe the quality went up slightly, and remains consistently high.

Costco does some things very well. It’s a shame that my household cannot eat a dozen of their muffins before they get stale or moldy.

Holy hot dog. Looks like we’ve got a new contender for president

Psst … wrap them individually in the Costco cling wrap that comes in the giant double roll pack (I know, plastic wrap = evil, but these are hard times) and freeze them. Thaw and enjoy at your leisure.

What kind of polish? Floor or furniture?

What kind of polish? Floor or furniture?

New Shimmer™, for the greatest shine you ever tasted!

Scandinavians are crazy for hotdogs. They might have stolen the idea for the pricing structure from Costco but nothing would be more natural for a Swede thinking about adding a quick warm food option to their store than hotdogs.

Question for any long-term Costco hot dog eaters here: Has the quality of the dogs changed over the years? (I don’t expect it to have gone up.)

Can only speak for Costco Canada, but the quality was so consistently high that I made a point to have one when I visited.