Not me! I just ordered one on Amazon. It will supposedly pair to an iPhone.

Then why post it now? Wait a few days, write a few sentences about your experiences and we all have a much more helpful and interesting post.

Ya get what you pay for.

This kid seems happy with it…

Nice kid. I like their style, but they didn’t really say anything useful about the watch.

Ya get what you pay for.

I get the joke, but in all seriousness…i’d argue that with this watch you get several times more then you pay for and with an apple watch you pay many times more then what you get. if money isn’t an object though…

Apple Watch Edition in white or grey ceramic. With all the features of Apple Watch Series 3, including GPS and cellular. Buy now with free delivery.

There are other android watches that are full phones, run android apps, and still only cost a fraction of the starting apple watch. Apple is priced at the extreme high end of the market for these devices.

Worth noting that the “Apple is priced at the extreme high end of the market for these devices” is exactly what was said when the first iPod debut.
Just saying.

True, although…
the price gap was much much much smaller
the iPod had a really high adoption rate because it provided tangible value for the price difference
the iPod had a much longer life cycle to obsolescence ratio and was seen as in investment
the iPod wasn’t trying to penetrate a market already saturated with cheap devices that provided most of the functionality, it was replacing much more expensive larger music devices and collections.

there are android watches that work without the phone because they are the phone, that have cameras built in, that take micro sd cards, etc. cheaper products that offer certain functionality that is intentionally not present in the apple watches. this wasn’t the case when the iPod was released. i personally don’t see any correlation between the release of the two devices other then noting that the apple products cost more.

I would highly recommend anyone who purchases this to not install the APK directly on Android. Bad things can happen when you don’t get your programs at least nominally vetted for malware.

The price gap was much smaller, yes. Though I recall the initial adoption rate to be pretty slow- remember, it was Firewire & Mac only for a while, and that was a hard sell. The market wasn’t saturated, but there were plenty of inexpensive mp3 players you could buy.
I’ve paid so little attention to the android watch world (and nearly as little attention to the Apple watch world too, for that matter…) that I can’t meaningfully comment about any of them- except to say: I’ve not seen something I’d strap to my wrist yet. From anybody, at any price. So there’s that, I guess.

You definitely won’t find my wearing some $11 bluetooth bobble.

You definitely won’t find my wearing some $11 bluetooth bobble.

On the other hand, you’re far more likely to find me playing with an $11 bauble than sporting a $10k gold Apple Watch.

I remember that fondly. But the iPod was different – they moved to the much-smaller-and-thinner 1.8" drives while everyone else was using 2.5" laptop harddrives. They were also (afaik) first to use a database to navigate - the others let you go through the directory structure and pick out HAMMERTIME.MP3. They also had a lipo battery (instead of AA’s), worked with Firewire (instead of slower USB), and a gorgeous industrial design (scroll wheel when everyone else used buttons).

Sure, the Apple watch has some features above the others – force touch, high res, good processor – while lacking others (moto360’s round screen). Is it enough? It’s not the game changer that the ipod was.

Assionate is what I’m striving for.

This works much better: 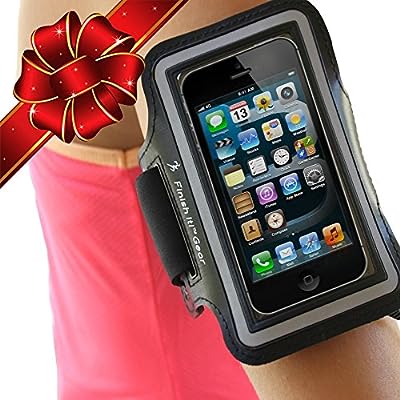 Your search for the best fitting sport armband for iPhone 5 is over! Finish It! Sport Armband iPhone 5 and 5S/5C, iPod Touch & for iPhone 4/4s, keeps your iPhone safe and snug while you workout. Molde ...

Apple has been exerting and receiving a lot more oversight these days, regarding ethical labor practices. How do I know that this $11 device isn’t being assembled by slaves, or will transfer its malware to my phone? Or worse yet, catch fire if I charge it using the wrong adapter?

From my experience with Chinese tat, most of them seem to provide their app over Google Play, so they at least pass a perfunctory malware check. Of course, the app needs permissions to get your contacts/etc in order to work, so it’s less about malware and more about how much information you really want to send to an app made by an unknown/unreliable party.

Then again, I do have Facebook installed on my phone.