I assume that works equally well on the building staff who cut the locks of bikes locked the railing of the wheelchair ramp.

Last day of college my freshman year someone cut the lock off my bike and fucked it up and threw it in the trash. It was like a $100 Walmart bike, so no biggie I guess. I don’t know if it was someone I knew “pranking” me - or just dicks who lived in the dorm. So that was my only stolen bike story. Ask me about my stolen car story.

Next year I bought a Murry bike on clearance at walmart - and it lasted nearly a year before arm that connects to the pedal to the crank(?) sheared of (that happened a few years ago on my paper route too.) Kept the receipt and my manager at walmart was cool enough to refund me.

Bought a “real” bike - a used entry level Diamond back and it lasted me till I traded it for a couch a few years ago.

Or if some you dislike has one, just hit with a ball-peen hammer and run. Or if some you fislike is standing next someones else’s bike with one… Or if you just think it’s funny…

Part of the kickstarter should be the required research on chemical safety laws and liability for damages, including for foreseeable harm to children by creating an attractive nuisance

And the Chinese clones appear on the market in 3, 2…

Anybody who has been even near the vicinity of MACE or a bear spray will tell you that this is a bad idea. Not only will the perpetrator get sprayed but everyone in the near area and down wind will also suffer the effects.

Eh - how many people are watching others steal bikes and why?

Not standing around watching, just passing by.

Someone once sprayed bear spray at someone, don’t know why, but it was outside our office. We had to shut down the whole ground floor inside the building because of that spray. Its powerful! People fled the area when it happened. People downwind had had to turn around and find another way to get to where they were going. And the spray lingered for hours.

So, it wouldn’t matter if anyone was watching and just standing there, they only have to be within a half a block or a block away and they would also suffer the effects.

Keep in mind, the spray has an area effect, it doesn’t target only the one person.

Yeah, judging by the sheer volume of bikes stolen in SF, I was wondering what might keep the next thief who stumbles along from taking a bike with an already-borked lock. I guess you’d have to hope you’d be back within that few-hour window.

Crap, so now you have to figure out how to get close enough to your own bike…

And then they come back in 5 minutes and take the bike anyway. What, if you punish them they stay away? People aren’t puppies.

I’m not even sure this is legal.

I am not sure if this stuff is nearly as potent as bear spray. But it doesn’t appear to be the same thing as far as what it does, potency, and effect.

Just like a hand held pepper spray, while has an area of effect, is different than bear spray.

But anyway, I think the attraction here is the deterrent factor. The point is no one will be cutting the locks.

I don’t think this is either a man trap or chemical weapon.

For over a hundred bucks, why not just a bike lock that’s really fucking difficult to cut? Seems doable for that price, surely?

Not only will the perpetrator get sprayed

Even if you could guarantee that only the thief would be sprayed, it’s still a horrible idea, no more legitimate than a bike lock-gun that shoots thieves in the face. There’s no such thing as a nonlethal chemical weapon, only one that doesn’t always kill. If you accidentally inhale vomit, you can die. If you happen to be allergic to the ingredients in the gas, you can die (i have a friend who has a severe allergy to peppers - she doesn’t dare attend rallies or demonstrations because one whiff of pepper spray can kill her).

And if a would-be thief (or non-thief unlucky enough to accidentally set off your lock for whatever reason) dies because of a trap you set, legally, you are liable for their death.

They make them thicker that are impossible to cut with regular bolt cutters. But angle grinders still can cut them. I imagine you could make ones even more cut proof, but I imagine materials costs will rise, and the added factor that stuff like that tends to be super bulky and heavy.

…who is buying all the stolen bikes?

This guy (at least until a few years ago):

Igor Kenk (born 7 April 1959) is known since 2008 as the most infamous and prolific bicycle thief in Canada. More than 3,000 bicycles were recovered in police raids. Kenk pleaded guilty to sixteen Criminal Code charges of theft on 15 December 2009 at Old City Hall court. He was dubbed "the world's most prolific bike thief". Igor Kenk was born on 7 April 1959 in Maribor, a city in Slovenia. In Slovenia, he was a police officer. In February 1988, Kenk moved to Toronto, Ontario in Canada. Kenk was l...


Apparently his shop was known as the place to get cash for a stolen bike. His arrest was famous enough that there is a graphic novel about him: 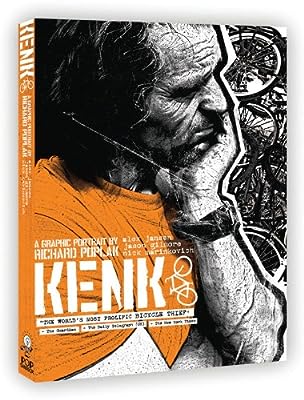 
After he was caught, I went to the warehouse where the police had collected all the bikes, in the hope of finding mine that had disappeared about two years before. The bikes and parts were arranged by manufacturer - .a long row of Treks, another of Giants, etc. etc. I didn’t find mine.

Most bikes are stolen by petty thieves/drug addicts hoping for a quick $50 on Craigslist.