It does say it is a custom personal creation and not a commercially available offering. Still funny though.

Might be getting my Playmobil threads mixed up, but… which one’s Martin and which one’s Luther?

Not so unlikely, is it? Tanya Schevitz on how Playmobil’s bold stereotyping can be a teachable moment with her 5-year-old, or not.

Might be getting my Playmobil threads mixed up, but… which one’s Martin and which one’s Luther?

Am I on the only one confused by Playmobil still being a thing? I remember as kids we considered them some sort of inferior analogue to Lego. What with Lego sets mostly being things like “Town” and various medieval sets at the time. It seemed like the only kids who had them were kids who’s parents had lots of money, but who didn’t pay much attention to their kids. The same parents who drove Volvos and judged everyone else at PTA meetings. But even those kids didn’t seem to like Playmobil much. I remember one neighbor who had seemingly hundreds of things moldering in the corner of his basement. They only came out when Cobra needed some one to take hostage or mow down attracting the ire of GI Joe.

Are they popular in Europe or something? Is it just the collector market driving it at this point? 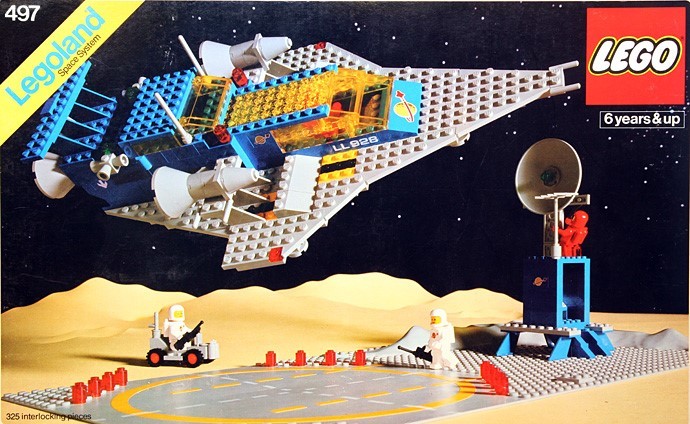 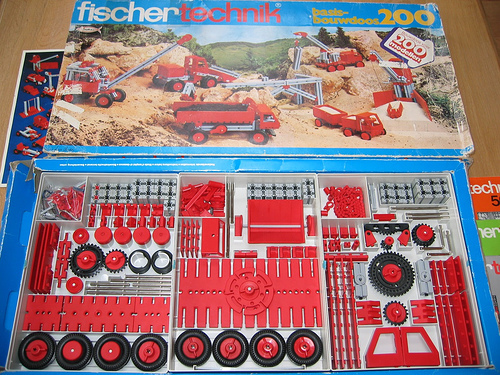 I must have blocked that out down to the much more complex and awesome multiple lines of space related and undersea kits that came out later. And also the fact that I spent the rest of my childhood wondering why I could no longer get knights and dragons and pirates and junk.

Hell yeah. Space was all kinds of badass.

There were some awesome sets back in the 80’s/90’s: (and these were just the ones I had) 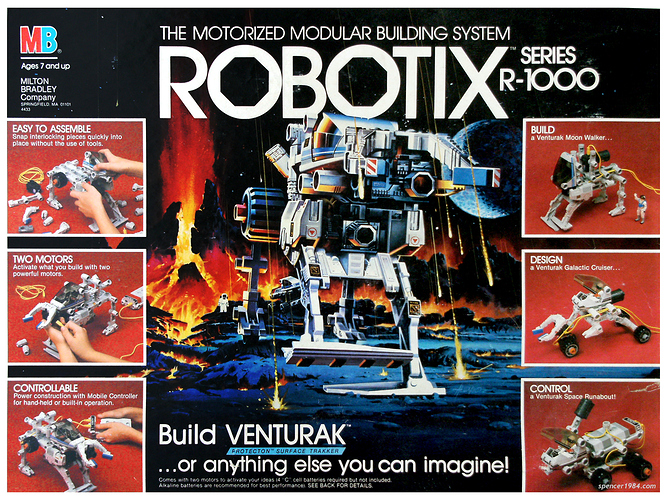 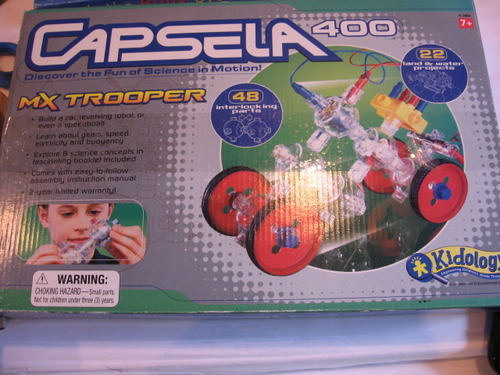 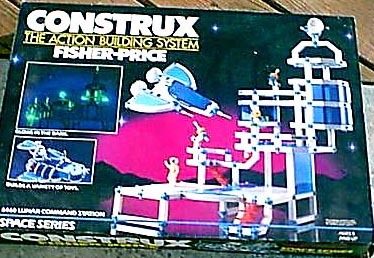 He’s the one who nailed his feces to the door of the church.

As Luther suffered from chronic constipation, it’s quite possible that his feces could have been firm enough to nail to a door. I guess those worms were low in fiber…

I had that set

Did you ever see the cartoon of Robotix? Or the short-lived Marvel comic? 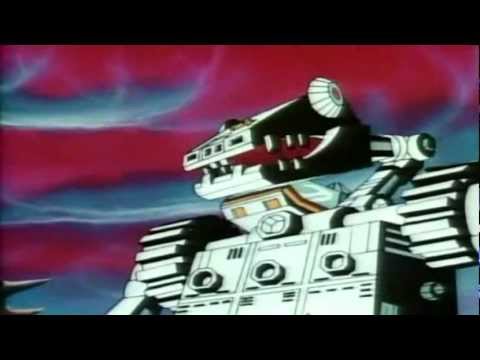 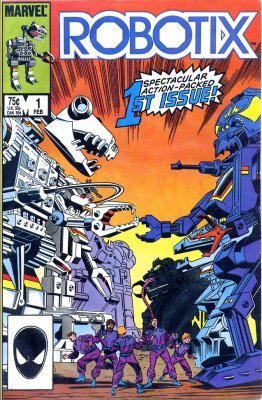 I remember one neighbor who had seemingly hundreds of things moldering in the corner of his basement. They only came out when Cobra needed some one to take hostage or mow down attracting the ire of GI Joe.

Where I lived, the chain toy stores didn’t carry much Playmobil, maybe some small sets and that was it.

I had some friends that had Adventure People instead. We really enjoyed these play sets as a welcome divergent from the constant GI Joe wars, Star Wars wars, toy guns, etc, it was a chance to work and build together, instead of just destroy an enemy. We would incorporate other materials like blocks, lincoln logs, furniture, and empty boxes to make extensive air and sea bases to launch our grand adventures from. 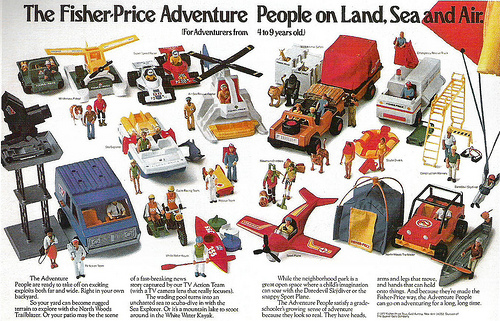 Today, the only local place that sells a large Playmobil line is in the volvo driving part of town, in a boutique toy/science shop. Looking at all those really cool and interesting sets, I have no doubt that if we had our hands on some Playmobil when I was a child, it would have gotten great use. Now that my friends’ toddlers are getting a bit older, I’m excited to start shopping at the boutique for some Playmobil! (honda driver, fyi)

Nice. Mecanno (or “Erector Set”) also comes to mind, though that’s not really an 80’s thing.

3D printer made from Meccano and hot-glue

3D printer made from Meccano and hot-glue

nice, I had that set! 30+ years later, I have enjoyed recalling the likes/dislikes about that set that I had no idea were still jammed in my brain. Thanks!

In 85 I was 6…which is about the time I got this set. Not saying I didn’t watch it, but I don’t remember it exactly…

Had one of those later on. My only issue with Erector Set was the time it took to build anything. You know throwing in a battery powered screwdriver would have been awesome…

I too had all of these. Those were awesome.

We really enjoyed these play sets as a welcome divergent from the constant GI Joe wars, Star Wars wars, toy guns, etc, it was a chance to work and build together

I get what your saying. But we had Lego for that. Rather than being stuck with rigid (and rather expensive) play sets (which are frankly sometimes a bit too tied to bad stereotypes as several people here have mentioned) we got to build the very playsets we wanted. Laser-shooting-space-dinosaur-monster-robot? Yes please! Exact (but not really cause children) replica of Stone Henge? Indeed! Giant “talking” Abe Lincoln head? Emancipation! Hence why Playmobil fell by the wayside. It was basically just a weird group of dollhouses. I know exactly one friend who regularly played with them, and from what she tells me it was far from wholesome or constructive. They mostly got sexy with her Wolverine and Gambit X-men figures. My brother’s adventure people toys? Tied to strings and flushed down toilets, blown up with fire crackers, toasted over campfires etc. He had decided the helmet on the chopper pilot meant they were all dare devils.

Lego is obviously a bit unsafe for toddlers (choking hazard), and some of them are getting weirdly gendered. But there are plenty of construction toys of various sorts that better foster constructive, non-aggressive play and imagination. Save your money on the Playmobil, nearly any other similar toy will allow the same kinds of play and often do so cheaper. Especially given that such toys are pretty much discarded the minute a kid is old enough to mess with Lego, or these days things like MineCraft and Skylanders. And bear in mind any and all toys given to children (or adult me) will be used for pure idiocy, dangerous experimentation, re-enactments of violence, and other assorted “bad stuff”. No matter how much their supposed to “foster imagination” in ways you’d prefer to see.

If I remember, some of the cooler stuff from my childhood could only be had at FAO Schwartz, and you had to go to New York for that.

I had one set of Playmobil Cowboys and Indians. I didn’t have Lego Castles, though it was available.

I had EXIN Castillos. Not the largest set with the drawbridge, but it did have a working portcullis. (Gran Alcazar XII or something).

But we had Lego for that. Rather than being stuck with rigid (and rather expensive) play sets (which are frankly sometimes a bit too tied to bad stereotypes as several people here have mentioned) we got to build the very playsets we wanted.

I hear you. I understand the limitations of Playmobil and also the positives of other toys, I just think some of the Playmobil sets are incredible and I would have loved them, and that makes me want to buy them for others. I also know that these kids will have plenty of whatever lego and video machine will be on the market, and I like finding unique things as gifts.