not to be confused with Juan Atkins of Detroit

Dunno, rather liked Syrinx (the Canadian band) better. They do a kind of trance thing here on their first album: Chant for Your Dragon King

From the second album, not very trance-like at all: Ibistix

Only available in second-hand vinyl, unfortunately. It would be very nice if True North ever decided to get off their duffs and re-release these, especially Long Lost Relatives.

Edit: (How the f*** does one get an embedded player here?)
2nd Edit to make use of noahdjango’s kind advice.

Thank you @pesco! This is a blast from my teenage years - I’d longed to see Cybotron live (but was just too young) but had a copy of their “live at Christmas Hills” 7 inch which I loaned to my high school physics teacher (in 1984) and never got back. My love of electronica was forged somewhere between this, “Autobahn” and Tangerine Dream, but these guys were SPACE ROCKERS FROM MY OWN BACKYARD!

How the f*** does one get an embedded player here?

I struggled with this at first. you have to remember to put the URL on a separate line in the edit box. observe: 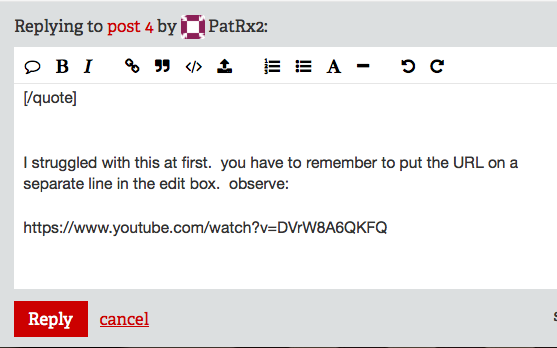 Thank you kindly. Much obliged. That simple thing got me good.