Apparently you can see East Germany from Chris Christie’s house.

And from Obama’s house.

What exactly is the link between license plate scanning and event databases and civil asset theft committed by law enforcement agencies? I’ve always been opposed to both practices, but don’t see any credible citation made for connections implied by this article or the articles that it cites.

Presumably, it makes it easier to frame, or “parallel construct,” someone.

Christy has been using EZ-Pass data to attack others as well. 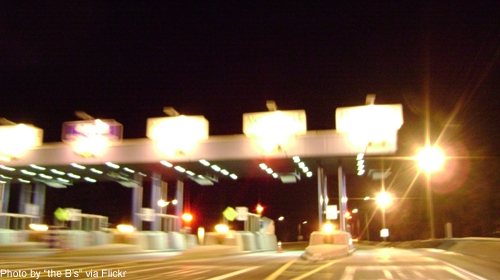 David Sirota of the International Business Times reported last week that Gov. Chris Christie of New Jersey and his appointee, the deputy governor of the Port Authority of New York and New Jersey, had released a political opponent's private tollbooth...

And from Obama’s house.

Elections have consequences, and he earned the keys to Bush’s bad idea.

It’s okay, a program like this has safeguards in place. It could never be abused.

Christie is sounding more and more like the ideal GOP candidate.

Apparently you can see East Germany from Chris Christie’s house.

…whichever way you look. But without the sport and social activities.

It’s been mentioned before in these discussions that the tracking information pertaining to individuals carrying money would be handed over to local law enforcement so long as a cut of the take was handed back to the federal agencies once stolen.

It a warm feeling knowing you have a Big Brother.

It a warm feeling knowing you have a Big Brother.

I thought fat jokes were out of bounds?