Been having a lot of very realistic dreams lately - like recently I was on a plane, and in the dream we had landed and I was deplaning etc … chatting with people behind me and what not. Woke up and was like “Dammit! An hour left???”

This is the reverse … something so weird I think I might be dreaming.

I like how even the cat questions the lyrics at some points.

I’m surprised at how ‘not-horrible’ the music is, fully expecting the usual “high school science teacher tries to rap” bit, but that rapping Ronald McDonald Lion-clown has an OK sense of rhythm and flow.

The dubbing sounds, to this white American, more like Caribbeans-in-England.

But no matter how you dub it, it’s wack.

And at some point, they stopped making the videos, and creepy clowns started showing up in South Carolina. Causation or correlation?

I stopped break-dancing in front of mall escalators a while ago. Attracted the wrong crowd. 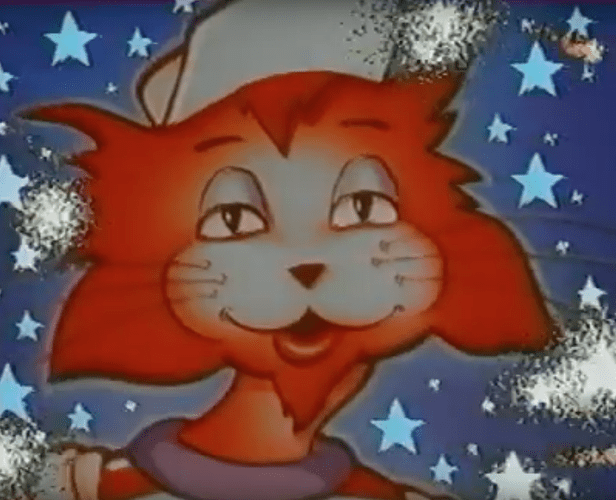 There’s no such thing as an escalator. It’s an accelerated stairway that lazy people stand still on, but as long they stand to the side so I can pass them, it’s all good.

I’d love to see the video where that cat meets the drunk japanese businessman:

Okay, I just watched an eight-minute video. May I please get on the escalator now?

The rent-a-cop would have taken so much less time.

What’s with the accents? The little Hispanic girl is Scottish and the cop is German or something? And then Ronald McFriskies, nobody knows, some kind of Felidae-American?

That mall cop starred as a protagonist in the 1987 horror film, Dolls!

Stephen Lee, Actor: The Negotiator. Stephen Lee was born in Englewood New Jersey in 1955. Having lived in Europe the first 15 years of his life, Stephen comes from a "casino" background with his father selling and making slot machines. Stephen...

We had some very good drugs back in those days.