Developers are worth more to tech companies than cash

My job has more PMs and Managers than it does developers. Think Office Space. They are also paid significantly more.

Wouldn’t that mean they need to pay more? Supply and demand.

My former employer had a different attitude. Between straight out scarcity, not to mention the hours of onsite training needed to be efficient, replacing employees is a huge time and money suck. Their response was to insist that remaining employees pick up the slack (what slack? overwork was a big reason many employees left), to recruit late and seldom, and to replace with under qualified temps who got minimal training and mentoring.
Quality of service was someone else’s problem; most patients couldn’t tell the difference and if there was an incident it was always the individual employee’s fault.
Crappy pay compared to industry average with a toxic management style? Sign me UP!
I guess the difference in the tech industry is that the corporations can’t escape the consequences of poor quality output.

On the one hand, yes, obviously.

On the other hand, finding competent, high performing developers is actually difficult. Paying more will get more people into the field, but it won’t produce highly skilled people quickly, and the variance in quality and value of output among developers is enormous and often hard to quantify. Also, raising wages requires raising them for existing employees in existing equivalent positions as well, which quickly becomes very expensive for a tech-heavy company. So companies are loathe to do that, and companies like Google would much rather collude to suppress developer wages and enforce non-poaching and non-compete clauses, things like that. You also get the industry going for things like signing bonuses, performance bonuses, and perks, things that aren’t automatically recurring and don’t come out of the “salary” pool.

Note: I am not a developer, but I know quite a few.

Note: I am not a developer, but I know quite a few.

I am a developer and can confirm that everything you’ve said is either mostly or completely correct.

It’s not just difficult, it’s extremely expensive. Even with extensive use of talented recruiting agencies (which are NOT cheap) it still cost the company hundreds to thousands of hours of interviewing, negotiating, etc.

As a Silicon Valley software developer, I’m going to have to offer some respectful disagreement, Cory.

In general, I would say that tech company executives regard developers as a dime a dozen. Sure, they pay us fairly well out here compared to other places, but they don’t pay us anywhere near as well as they pay themselves. In general, everyone around here seems to think that managers are the truly valuable members of the corporate team, and everyone wants to be a manager. Working as a software developer is just a first step. Software development is considered a kid’s job with no future, and few seem to want to be stuck in it very long (excluding myself).

Adequate software developers aren’t difficult to find, as long as you’re willing to bring them in from overseas. Millions of bright people in India and China know they can do well for themselves in the U.S., so they’re eager to accommodate tech companies. They’re also much less expensive to satisfy than we fat, stupid, self-entitled Americans, who expect good salaries as well as humane treatment. Crazy, right?

And then there are the bean counters who now run almost every major tech company. Bean counters aren’t interested in software developers. They have the software already and can tweak it endlessly in simple, deceptive ways that fool customers; why spend the money to improve it? Bean counters have no imagination, so they can’t imagine more money from new products; new products have no measurable track record. Worst of all, bean counters don’t really understand what software developers do, so that makes software developers a very weak link in the corporate chain; the best thing that can be done with them is endless monitoring and meetings through faux-Agile methodologies like Scrum, breaking down developers’ work to the lowest common denominator and using it as a fungible commodity.

In the end, though, bean counters know that new software products will not improve the companies’ bottom lines – only economizing can do that, and software development departments offer a great opportunity for cutting corners. I don’t work for Google, but I have some close contacts in that company. They recite a long litany of the perqs taken away over the last few years, the effective end of fun personal projects, the cheapening and coarsening of the free food in Google cafeterias, the disappearance of holiday gifts, and so on. Sure, it’s not as bad as Amazon’s famous “frugality,” but that’s the direction it’s going. Amazon’s definitely leading the way on squeezing software developers as though they were sedentary warehouse drones.

So no, I don’t believe developers are more valuable to companies than cash. I think that they ought to be, and that in a sane society – a society that valued what a company accomplished, rather than what the stock market bookies thought of it – I believe they would be. If you can tell me where to find that society, I’d really appreciate it.

The demands are often handled by people who don’t really know what they’re talking about as well, so it’s not entirely surprising that there won’t be a huge supply of people with 5 years experience in a technology that was released last year; or expert-level skills in 10 various systems, at least one of which is something proprietary or unusual enough that they may be the only company (or one of very few) using it; willing to be on call nights and weekends and work for half the going rate.

The more tech-oriented companies who see it as their primary product/service tend to be a bit better about this, but there are still plenty of cases out there where they’d have no trouble finding supply if their demands were less nonsensical, (but they don’t know that).

Also, if they trained workers the way other businesses do, it would be a lot easier. There are tremendous varieties in tech, so finding someone who’s already good with precisely the same combination of technologies that your company uses is going to be a lot harder than finding somebody good and then training them to work with your systems.

It’s a temporary problem, isn’t it?
As a totally non-developer, but from what I read, software development is in the front line of AI-algorithm automatable occupations.
Don’t blame ‘coarsening’ of perks on ignorant bean-counters - it’s surely a measure of a dying need?
Along with the managers and the bean counters actually, if that’s any consolation.
And soon enough Zuckerberg and Thiel will be automated too.

endless monitoring and meetings through faux-Agile methodologies like Scrum, breaking down developers’ work to the lowest common denominator and using it as a fungible commodity.

My friends say AI will replace it too, but I have doubts. Developing is creative, one of the things humans excel at vs AI

Not really. The lowest-level coding jobs are going to be automated away, but not by AI so much as just better tools, in much the same way CAD software has removed the a lot of the need for drafters. The high-quality developer jobs are more automation-resistant because, like most engineering jobs, they require creativity and interfacing between informal and formal systems which are skills that are the very hardest for an AI to work out. Not that it is impossible you understand, it’s just that the moment the AI can do that, the AI can do pretty much everything.

In general, automation is not as vast a threat as it is often played up to be. Most jobs can’t be automated to a level which would provide satisfactory service. The trick is that a few jobs can be, and those happen to be the jobs that a) millions hold and b) hold up the economy of the lowest-paid. Our society is ill-equipped to handle that and utterly incapable of doing so without cruelty to those so impacted. Were it a better society, the fact that we can free people of mechanical and miserable labor would be cause for celebration.

Not once you start passing 40 and have a family and life outside of work and stop working 80 hours a week, at night, weekends etc., have accumulated years of raises, and start bringing the health insurance pool average cost up, and are generally rather burned out (see 80 hours a week, nights, weekends, etc.). And are maybe also interested in sustainable long term maintainence, usability, and smart improvements rather than big splashy new products and rewrites and redesigns using the latest buzzwords. Then you get laid off so they can restructure and hire a new batch of young naive kids.

My gut is that that’s a comforting hope of insiders. Care workers could never be replaced by robots because they are the epitome of human empathy, but we hear it is happening in Japan and who doubts the incentives to make it spread and improve? Middle managers sympathised with the a) millions and b) lowest-paid whose jobs have been automated, only to find the robots coming for them too. It’s only hope and speculation that says AI will never automate right to the top of the tree - bankers, CEOs and entrepreneurs included.

Is finding high performing developers difficult, or finding developers who will work 70-80 hours a week at below market rates w/ no stock options or profit sharing difficult?

Sometimes places like Google, that need incredibly specialized people are right to complain about engineering shortages. But the vast majority of these whiners are average to below average in terms of compensation/benefits/culture. They are the incels of the corporate world, expecting 10/10 Stacies rockstar ninja developers to fuck work for them. 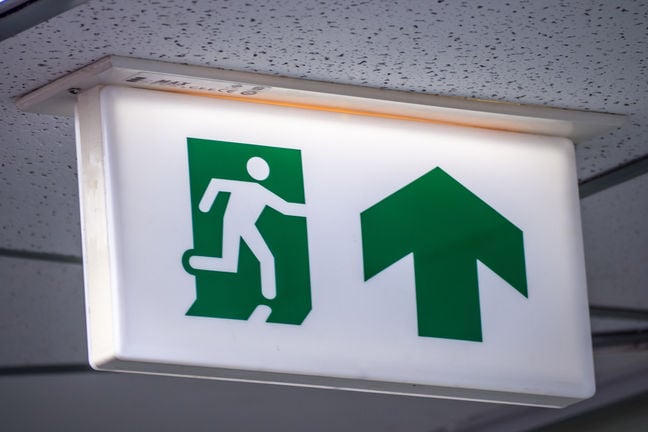 A real shot in the Arm: 3% of global workforce surplus to requirements

It's not you, it's just that our talents just no longer align

Only in the sense that assemblers largely eliminated the need to write machine code, and compilers largely eliminated the need to write assembly code. What we expect software developers to do will continue to change as we give them better tools, sure. And yes, a fully general human-level or better AI would replace humans at lots of things, including much of software development. But “defining a complex human problem well enough to write a program to solve it” is itself a skill that requires many of the same skills a high quality software developer needs - and one most managers in most industries don’t realize even is a skill.