Has the inside made social change or has those seeking to make social change from within just been co-opted by the system? Isn’t that an age-old debate?

Isn’t this what we’re talking about?

Isn’t that part of the problem here? Didn’t the same happen in the jared thread? Is anyone happy about this stuff right now?

Am I not wondering now just what the possibilities are here for serious discussion of some issues? Isn’t moderation here a bit quick to quash disagreement that gets anywhere above lukewarm? Am I not suddenly doubting my commitment to BBS Sparkle Motion?

Don’t I understand, but it would be a terrible shame if you left due to problems with the moderation process? Aren’t you a strong voice we need around here, one that won’t take shit? Maybe we should start a thread discussing this because it seems to have hit a nerve today?

Over the in the questions thread, there has been some concern over some recent bans which some feel are overzealous and some deletions of some comments from that and a couple of other threads. The reason for concerns are pretty varied, but maybe it’s worth talking about it here (in a non-question manner?). Please feel free to vent here and maybe we can get some clarifications on these issues from the powers that be? @milliefink, @slybevel, @OtherMichael, @daneel, @miasm? Was there anyone else …

Aren’t we all mad here?

Aren’t some madder than others?

How did I not know that roly-poly bugs are called woodlice?

And aren’t they crustaceans as well and not bugs?

How did I not know that woodlice are called roly-poly bugs?

Who woulda thunk it, right?

And aren’t they crustaceans as well and not bugs?

That means they should be delicious, right?

I still haven’t tried, so I can’t knock.

Well we don’t eat their large nightmare inducing ocean cousins, so would there be reason to eat the small ones? 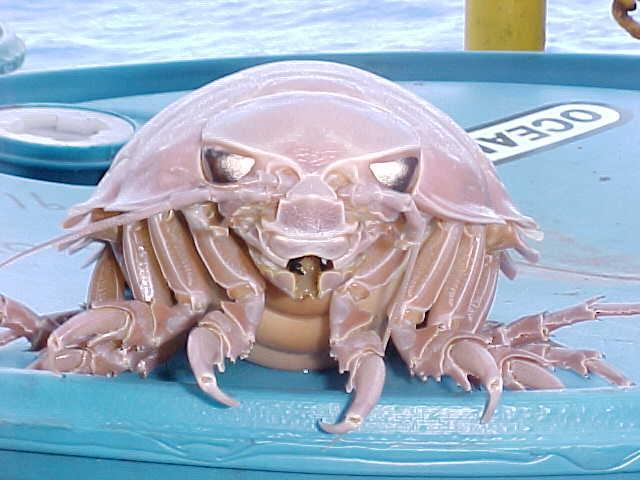 Hey guys, did you know that this thread is expanding so rapidly that if you try to use the “go to bottom” shortcut, by the time you get there, it’s no longer the bottom and 3 other people have already commented in that space of time?

A Giant Isopod, what else would it be?

Isn’t that a mite of some kind?

Aren’t they called cheeselogs too? Doesn’t that sound delicious?

(wiki says that’s in Reading, England only, so maybe that’s where I heard that)

Isn’t this thread going to be the one to break the BBS eventually?